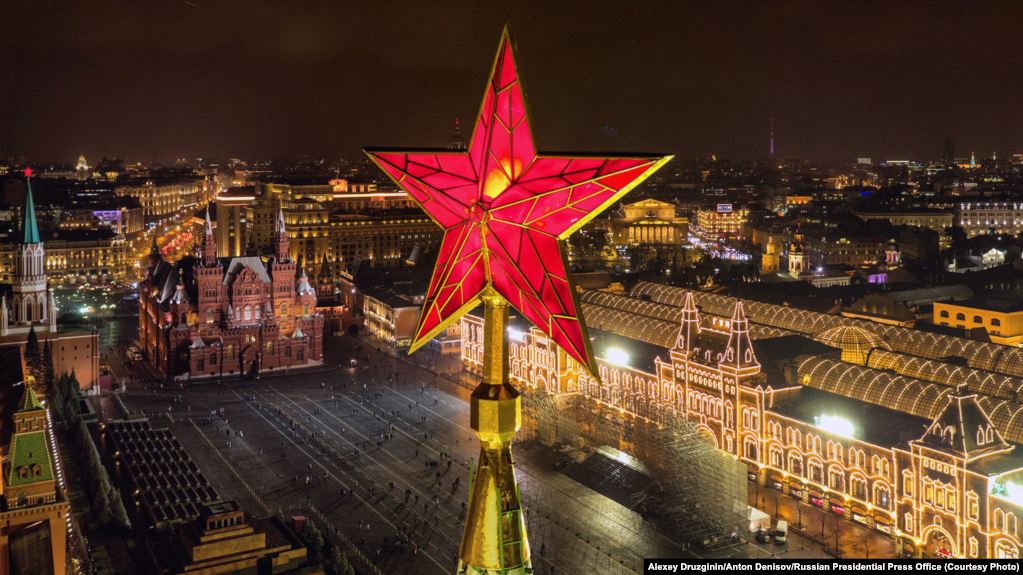 [ Editor’s Note: I was surprised to see Southfront wade into the corruption swamp in Russia. The short story is that it is similar to the US corporate version, with no one really ever going to jail. They do plea deals there, as they do in the US.

The difference is that the US corporations can’t be put in jails; and who can remember a corporate officer or a board member going to the slammer. In Russia, they do charge the individuals.

What I smell going on here is that guys caught with their hands in the cookie jars have partners up the line who make sure a favorable plea is made.

Note the condition that all criminal activity is supposed to be revealed in a plea deal, but this is not enforced. Gosh, who would be concerned about that, someone up the line maybe?

The case you will read below of the six-year-old boy being killed and his blood test tampered with to show he was drunk is pretty sickening. I have never heard of anything like that here, so this may be a creative Russian defense attorney at work here, not that we don’t have our own bottom dwellers.

But it is nice to see that Southfront can write about this stuff without being blown up. I hope they are saving something for a rainy day… Jim W. Dean ]

SouthFront continues to cover corruption scandals as well as problems and crisis developments in the administrative system in Russia. The Investigative Committee of Russia charged Deputy Chief of the Federal Agency for State Reserves (Rosrezerv) Aleksandr Kiruhin with a fraud.

The former chief of the oil products department of Rosrezerv Vadim Gavrilov, his deputy Oleg Lasarev, as well as the director of the Storage Challenge Research Insitute Sergey Ulanin and Director General of OOO “NaftaPremium” Aleksandr Bezrukov were also charged in the framework of the same case related to the embezzlement of public funds.

According to investigators, in 2014 Rosrezerv and OOO Tvernefteprodukt SO signed a 3.2 billion rubles-worth state contract for the provision of services to restore the quality of diesel fuel after long-term storage at Rosrezerv’s plants.

The investigation believes that Rosrezerv was aware that the work will not allow to improve the quality of the fuel. Nevertheless, it signed the document confirming final acceptance of fake work and transferred 3.2 billion rubles.

Besides this, investigators are bringing to trial high-profile cases of embezzlement during the repair of residences of senior state officials as well as objects at Red Square. Russian mainstream media provided little coverage to this scandal.

The large-scale investigation includes multiple episodes, including the embezzlement of 1.5 billion rubles during the reconstruction of “Ogarevo-53” (the residential residency).

The Investigative Committee also evaluated data regarding possible embezzlement of public funds during works on 3 other dedicated facilities: “Red Square, 5” (the complex of buildings at Red Square); “Gorky-9 (the prime minister residency) and “Vorobyovy Gory” (country houses and house receptions for the highest officials of the state and leaders of other countries visiting Moscow). Investigators checked data on an possible embezzlement during the reconstruction of the Kremlin Wall.

According to the Investigative Committee, Dmitry Malchenko is the creator and leader of the organized crime syndicate involved in this case. Malechenko is the former owner of the port “Bronko” and a co-owner of the group of companies “Baltstroy”.

Mikhalchenko and most of the other defendants in the case face Articles 210 (organization of a criminal group) and 160 (misappropriation or embezzlement) of the Criminal Code of the Russian Federation. However, Vasiliev and Utilin face charges under Article 160 only.

For example, the investigation revealed that during the reconstruction of the presidential residence, the “Baltstroy” offshoot, “Klimat Prof” overestimated prices for air-conditioning systems. All three top managers of this company, Rodionov, Perevalov and Malcev, face charges under Article 160 (misappropriation or embezzlement).

Additionally, “Baltstroy” overestimated prices for the work on roof of the presidential residency. The total damage to the budget was estimated at around 225 million rubles.

The total damage caused by actions of this organized crime syndicate, involving businessmen linked to government officials and generals from the Federal Protective Service is estimated at about 5 billion rubles.

It is interesting that investigators and the Investigative Committee demonstrate a tolerant attitude towards persons involved in the case. Suspects are actively seeking a plea deal with the investigation.

For representatives of “Baltstroy”, this would be not the first plea deal. Previously, they reached a plea deal in the framework of the investigation of the embezzlement of funds during works to renewal of objects of the Ministry of Culture. Then, the businessmen got suspended jail terms. During the recent investigation, Sergeev and “Baltstroy” top managers Stanislav Kurner and Dmitry Torchinsky made plea deals.

It is interesting that the practice of plea deals with the investigation in Russia and most other countries implies that suspects should voluntarily disclose all the episodes of their criminal activity, repay the damage, if it’s possible, and make a complete and voluntary abandonment of the criminal purpose.

The “Baltstroy” case shows that the defendants made the first plea deal only on charges, which they faced, and criminal activities discovered by investigators. They hid other episodes of their criminal activity. Then, when other criminal actions were revealed and evidence confirming them were gathered by the investigation, these persons once again made a plea deal.

It is amazing, but investigators agreed on this. However, in accordance with legal practice, such behavior of persons involved in the case suggests that they are trying to hide episodes of their criminal activity and mislead the investigation. They made no complete and voluntary abandonment of the criminal purpose.

Another case is the sentence in the case of so-called “drunk boy” from the city of Balashikha, Moscow Oblast.

In the spring of 2017, 31yo Olga Alisova violated driving regulations and caused a road traffic incident killing a 6yo boy. The husband of Olga Alisova is Sergey Alisov. He’s currently jailed for participation in a criminal group involved in a series of frauds and kidnappings. The criminal group was reportedly linked to some local officials.

The Alisova case became widely known in Russian mainstream media because of a flagrant situation with the forensic examination over this case. The involved expert, Mikhail Klemenov, claimed that the 6yo boy was drunk (2.7 promille alcohol). The investigation tried to use this conclusion to deny criminal responsibility from the person responsible for the tragedy.

However, a large-scale coverage of this situation and the public outrage forced the investigation to review this approach. According to an official version, the investigation made a new, complex forensic examination that found that the boy had not been drunk.

The further investigation confirmed that the data of the first forensic examination was falsified. According to an official version, the child’s blood sample was taken improperly. Dirt got there.

This led to the process of alcoholic fermentation. As a result of the criminal actions of the forensic expert, relatives of the boy, who were already in a traumatic situation, suffered irreparable psychological damage.

What kind of punishment should a civil servant, a forensic scientist that falsified results of an expertise in the case involving a minor child (intentional or criminal negligence), get? We believe that the punishment should correspond with the crime.

Moscow’s Shchelkovo сity court decided that the appropriate punishment should not be linked with deprivation of freedom. The court decided that it be 10 months of correctional labor (an 8-hour working day, while the person lives at his home). Moreover, the court canceled the previous decision dismissing Klemenov from his post. The man got his post back.