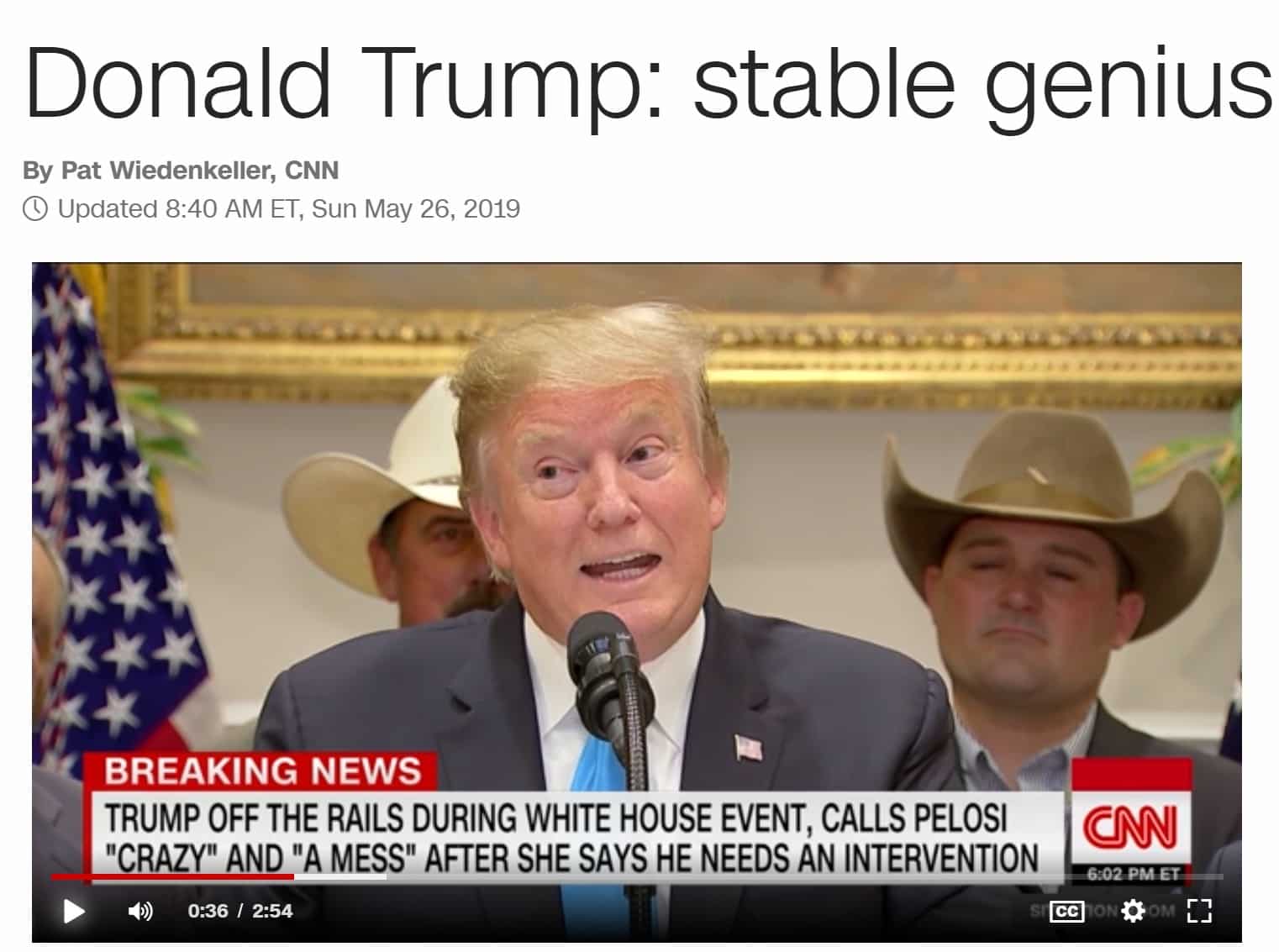 This is a video captured in mid sentence where Trump, the “pot” is calling Nancy Pelosi “the kettle” crazy.  This is the face of an Adderall addict having a psychotic break and Nancy Pelosi thinks it is a game.

Time for blaming is over, time to fix at least one problem, one addict in an army of them but this one is in the White House.

Whatever Trump is or is not, whatever he can or can’t be, it is time he did some rehab time, 90 days at least, and a qualified caretaker take on his responsibilities, and we don’t mean the vice president, who is far worse than Trump.

Trump is currently having a psychotic episode, probably brought on by his long documented (censored) misuse of Adderall, the drug millions of America’s kids are on for attention deficit disorder. (failing to love sitting in school all day being taught useless crap by morons)

Trump has recently lost 40 pounds, that in itself is good, he hit over 300 pounds and liposuction alone wasn’t going to fix that.

Whatever one might feel about Trump, at one time he had friends who weren’t gangsters or psychopaths, all he has left now.

His Adderall addiction will either kill him or us as he is getting out of control.  Let’s deal with this problem, one that threatens, minimally, the lives and well being of humanity, and move on from there.

The idea of measuring who is crazier, Trump or Pelosi…is not worth our time or effort.  I only bet on contests where there is a clear winner.

Maybe it is weight control, or his depression or ADHD or maybe he is an simply an addict but the not so big secret is that Donald Trump is a “smurf diver.”  From the Urban Dictionary:

This is what Adderall addiction is doing to Trump:

The side effects we are seeing?