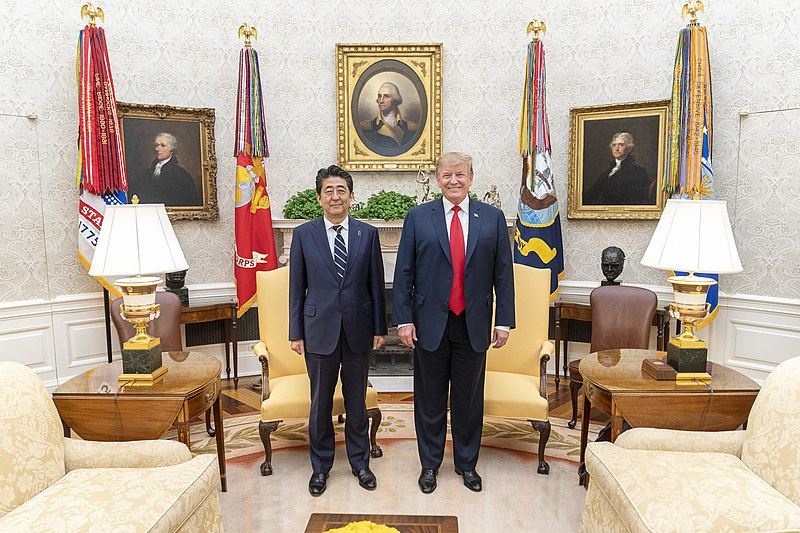 [ Editor’s Note: This smells like classic Trump headline-grabbing on a holiday weekend. No one in Iran is going to think for a second that Donald has changed his tune. Trump will claim he offered to negotiate but they refused.

If he was for real, he would “un-renege” the JCPOA that he reneged on. Iran knows he wants to renegotiate to make it tougher on Iran. So again, why would Iran want to do that? The pattern would be set for the next US president to do the same thing.

As for the EU, it has done its own reneging on the deal and benefiting. Iran has complied, and the EU is not trading with Tehran with the new “we’re working on it” compliance term.

If both the US and EU wanted to really surprise Iran, all they would have to do is ask Iran to enter talks where the whole region would be denuclearized, including Israel, with full inspections and compliance.

That would be real. To take the heat off themselves, they could call it the Jim Dean Deal, where inspections are replaced with 24/7 monitoring of all nuclear weapons facilities.

A Jim Dean Deal light version would be to remove all the sanctions, while negotiating a denuclearization of the Mideast. Iran is ahead of Trump on this, with its offer of non-aggression agreements with all neighbors.

I could provide quite a list of countries that would like to see the US do that. Wha-da-ya say Donald? Lasting fame is awaiting. Push the green button, yes the green one, green, green … Jim W. Dean ]

US President Donald Trump says his administration is not looking for regime change in Iran and would rather sit down for talks, signaling a change of tone after a period of saber-rattling that saw him and other US officials threaten the Islamic Republic with war in hope of getting concessions.

“We’re not looking for regime change, we’re looking for no nuclear weapons,” Trump said at a press conference with Japanese Prime Minister Shinzo Abe in Tokyo Monday, adding that he thinks “we’ll make a deal” with Tehran.

Ever since quitting the Joint Comprehensive Plan of Action (JCPOA) in May 2018, Trump has used sanctions and political pressure to force Iran into the negotiating table for a new agreement, but to no avail.

The American president, who is on a visit to address trade differences with Tokyo, tried to use Shinzo’s good relations with Iran to find a way out of his self-made crisis. He suggested earlier in the day that the Japanese premier could act as a mediator.

“I know that the prime minister and Japan have a very good relationship with Iran so we’ll see what happens,” Trump said.

“The prime minister’s already spoken to me about that and I do believe that Iran would like to talk. And if they’d like to talk, we’d like to talk also,” the US president added. “We’ll see what happens … nobody wants to see terrible things happen, especially me.”

Trump’s call for talks came only days after he threatened “the official end of Iran” in a tweet, as tensions rose following the US deployment of an aircraft carrier and B-52 bombers to the Persian Gulf to purportedly confront an alleged “Iranian threat.”

However, the war talk has lost much of its steam thanks to a measured response from Iranian officials, who have indicated that they are not looking for war but would not hesitate to defend themselves against one either.

Iran has also ruled out the possibility of talks with the US under the current circumstances, when Washington is openly seeking to cripple Iran’s economy and pressure its people by targeting the its oil exports.

‘Negotiations with US poisonous’

Leader of the Islamic Revolution Ayatollah Seyyed Ali Khamenei said in a recent address that negotiation with the US was “poison.”

“Negotiations are like a poison as long as the US remains the same way it is and with the current US government, they are additionally poisonous,” he said.

“The Iranian nation’s definite option will be resistance in the face of the US, and in this confrontation, the US would be forced into a retreat,” Ayatollah Khamenei said.

Trump’s latest remarks further highlight Washington’s desperation to show the world that it is not looking for war with Iran, after facing international backlash over its “maximum pressure” campaign against Tehran.

Save for Israel and a few Arab regimes, the campaign even failed to resonate with America’s main allies who unanimously warned Trump against taking any military action as it would only lead to more chaos.

Experts have warned that any war with Iran would drive up oil prices and cause major markets around the world to crash.