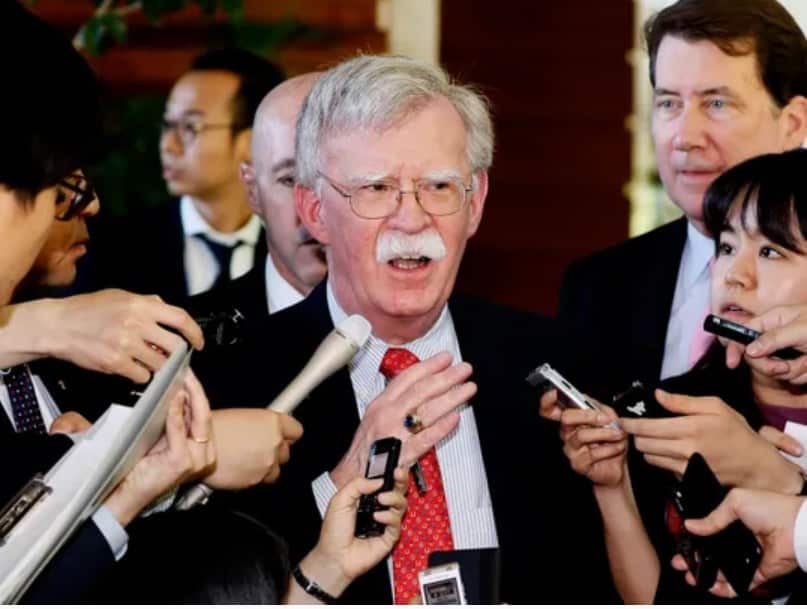 Editor’s note: Disgraced president Trump has touted Kim as a “stable genius” after Kim went after Joe Biden a few days ago.  Now Kim has gone after Bolton as a “pile of ‘crap.'”

Of course, Kim has said Trump is a pedophile and “illiterate tub of pig fat.”

Maybe Kim is a “stable genius” after all.  From USA Today:

The statement by an unnamed North Korean foreign ministry spokesman came as President Donald Trump continued his visit to Japan for meetings with Japanese Prime Minister Shinzo Abe in which the nuclear standoff with North Korea was expected to be high on the agenda.

Bolton told reporters in Tokyo on Saturday that there was “no doubt” that North Korea’s recent launches violated U.N. resolutions, and that sanctions against the North must be kept in place. Trump later downplayed the missile tests, tweeting, “North Korea fired off some small weapons, which disturbed some of my people, and others, but not me.”

North Korea tested short-range ballistic missiles on May 4 and 9, ending a pause in launches that began in late 2017. The tests have been seen as a way for North Korea to pressure Washington to soften its stance on easing sanctions against it without actually causing negotiations to collapse.

In the statement carried by Pyongyang’s official Korean Central News Agency, the North Korean spokesman said the North was rightfully exercising its rights of self-defense with the launches.