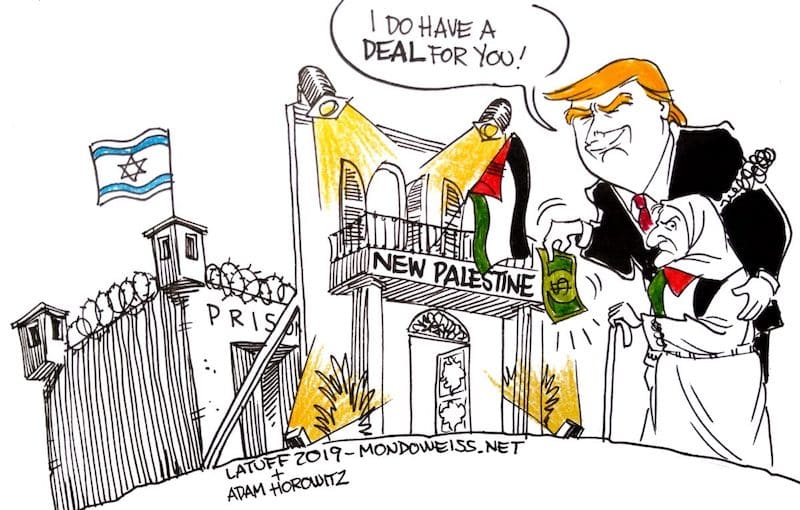 Note: I drove an hour to the studio to do this show, only to discover that the satellite uplink didn’t work. (The same Zionists who got Press TV censored from various satellite and cable services are presumably jamming them.) So I had to connect to Press TV via Skype, holding my laptop in my lap, craning my neck to look down at it and trying to hold it steady. So if I look annoyed at the Zionists and their BS “deal of the century,” that’s probably because I really AM getting seriously annoyed. -KB

“In this edition of The Debate, Press TV interviews Geoffrey Alderman, author, historian and commentator from London and Veterans Today Editor Kevin Barrett, author and political commentator from Madison on the so-called US-sponsored Middle East peace plan to be held in Manama late June. The guests discussed how the deal of the century may jeopardize the Palestinians’ rights.” – Press TV