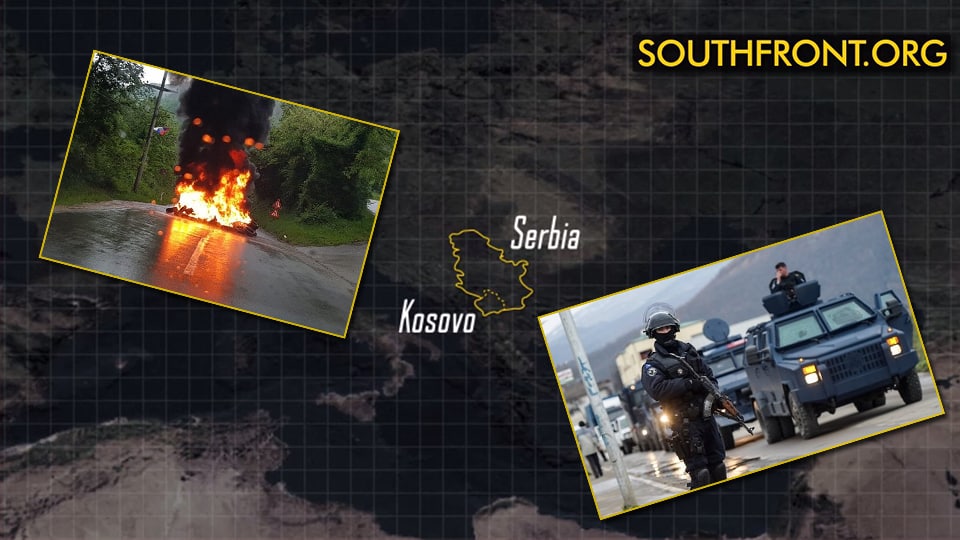 On May 28, Kosovo Police’s Regional Operational Support Unit (ROSU) carried out mass raids in areas of compact settlement of ethnic Serbs in the northwestern part of the breakaway region. ROSU units, reportedly supported by over 70 vehicles, detained more than a dozen ethnic Serbs, mostly persons influential in the local community. Besides this, the ROSU briefly detained and beat a Russian member of the UN Interim Administration Mission in Kosovo.

The targeted area is 90 percent populated by Serbs, who refuse to be part of the self-proclaimed Republic of Kosovo.

ROSU actions faced resistance from the local population. According to the Kosovo side, at least two police officers were injured. Several media outlets also reported gunfire, but no details of the supposed live fire usage have appeared so far.

Kosovo Prime Minister Ramush Haradinaj justified the raids by claiming that they were a part of an “anti-smuggling and organized crime operation”. Serbia reacted to the escalation by putting its troops on full alert and publicly denouncing Pristina’s actions. On May 29, reports appeared that several units of the Serbian Army started deployment on the contact line.

During the Kosovo War in 1998-1999, NATO-backed Albanian forces, then known as the Kosovo Liberation Army, became known for mass crimes against the non-Albanian population. Ethnic Serbs, the majority of the population historically living in the area were forcefully displaced. The biggest remaining Serb community is located near the contact line between Kosovo and the area controlled by the Serbian government.

The Russian Foreign Ministry denounced the May 28 raids as provocation and said that Pristina’s main aim is “to intimidate and force out the non-Albanian population and forcibly establish control of the area.” The Russian side also pointed out that “perennial indulgence” given by the EU and the US is instigating Pristina’s aggressive actions.

The actions of the NATO-backed Kosovo administration and its forces consistently undermine de-escalation efforts and lead to the growth of tensions in the Balkans. For example, in December 2018, Kosovo’s Parliament overwhelmingly approved a decision to turn the Kosovo Security Force into fully-fledged armed forces. This decision was a flagrant violation of UN Security Council Resolution 1244 which allows only for multinational contingents under international control to be present on this territory. There is no guarantee that this force would not be used against the Serbian population. Another serious concern is that Kosovo remains a convenient area to recruit radicals returning from Syria and Iraq. According to reports, some of these radicals, even former ISIS members, are joining Kosovo forces.

The ongoing round of tensions put the Serbian government in a difficult situation. On the one hand, Serbia cannot ignore the actions of the NATO-backed Kosovo administration and needs to react at least symmetrically. On the other hand, the Serbian leadership understands that the US and NATO could use any direct actions by Serbia as a pretext for a new round of aggression against the country and its further dismantlement.