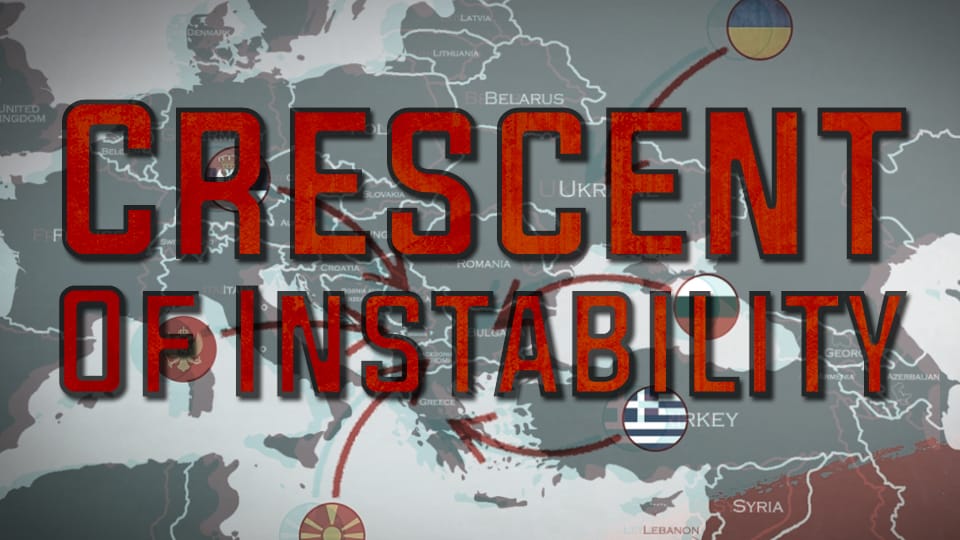 The US continues its practice of creating zones and lines of chaos in key regions of the world. In the 2000s, it started a campaign to create an arc of instability stretching from Northern Africa to the east of the Central Asia. Now, more and more signals appear showing that there is a new project – to create a crescent of instability in Eastern and Southeastern Europe.

These campaigns actively exploited the religious factor in an attempt to undermine and discredit traditional religious systems. In the case of the Middle East, the target is Sunni Islam. It is being targeted by instigating various Islamic sects. In Eastern and Southeastern Europe, various artificial schismatic groups are used to combat the canonical Orthodox Church. In both cases, foreign powers have also been exploiting and supporting exotic sects, new-age-style beliefs and other “neo-liberal” constructs.

On May 24, U.S. Ambassador to Greece Geoffrey Pyatt met with Ecumenical Patriarch Bartholomew I of Constantinople to discuss the upcoming visit of the patriarch to Washington and the role of Constantinople in Ukraine and “across the wider Orthodox world”.

Pyatt said that the upcoming visit “will come at particularly important moment in the life of the Church”. The diplomat also revealed that he and Bartholomew discussed “the critically important role that the Ecumenical Patriarch plays as a religious leader in a variety of other issues, in the Middle East, of course in the Ukraine where the voice of his All-Holiness is so important, and across the wider Orthodox world”.

Via Twitter, Pyatt mentioned that that he is “grateful as always to meet his All Holiness and to express his strong US support for his efforts on religious freedom, the Ukrainian autocephaly and the new US Archbishop Elpidophoros.”

Taking into account the important role of Constantinople in the support of various schismatic groups and Orthodox-styled political fabrications in the Balkans and Ukraine, it becomes clear what kind of “religious freedom” and “issues” across the Orthodox world  Pyatt addressed.

Having previously served as Ambassador to Ukraine, Pyatt is known for his involvement in organizing the  Maidan coup in 2014. He became widely known for his activities against Russia and the canonical Orthodox Church. In particular, he openly supports the creation of the so-called Orthodox Church of Ukraine (OCU). In September 2016, Pyatt became Ambassador to Greece where he has continued with similar activities.

The Russian Orthodox Church (the Moscow Patriarchate) and its Ukrainian branch, the UOC-PM do not recognize the OCU de-facto describing it as a schismatic group. In its turn, the Ecumenical Patriarchate of Constantinople has granted the OCU the Tomos of autocephaly.

Most of Ukrainian Christians are staying with the UOC-MP.

The main goal of the OCU creation, at least in the eyes of its leaders, was to seize all the property and churches of the UOC-MP in Ukraine with help from the Kiev government. They saw the sensitive religious move as a tool to increase personal wealth. However, this goal faced ‘unexpected’ difficulties when it appeared that the leaders of the OCU are clashing among each other over the control of this new entity. The Poroshenko government saw the creation of the OCU as a logical tool in the religious sphere in its anti-Russian course. The US used this as one of the steps to further split the Ukrainian population from Russia. Despite years of propaganda and total censorship, a significant part of the Ukrainian population still sees the actions of the Poroshenko government against resistance forces (DPR and LPR) in eastern Ukraine as criminal acts.

The MOC is planning to convince the government to adopt a law that would allow them to seize the property of the Serbian Orthodox Church and to transfer it to the MOC under the pretext that the MOC is its real ‘historical legal owner’.

It should be noted that the breakup of the existing canonical churches is only an interim stage of this campaign. As the Ukrainian case demonstrates, the newly appearing schismatic groups continue to split further due to a never-ending internal competition for influence and money. Instigators of these processes see the further fragmentation of churches as an important goal. This would ease the task of discrediting religion as one of the systemically important characteristics of nations.

Some experts say that the aforementioned emerging trends across the Balkans indicate an attempt to repeat the Ukraine-like scenario in the religious sphere of Balkan states and create a kind of the “Orthodox crescent of instability”. The Global Deep State would use this crescent to counter resistance to its influence and expand its control over the Balkans and eastern Europe.