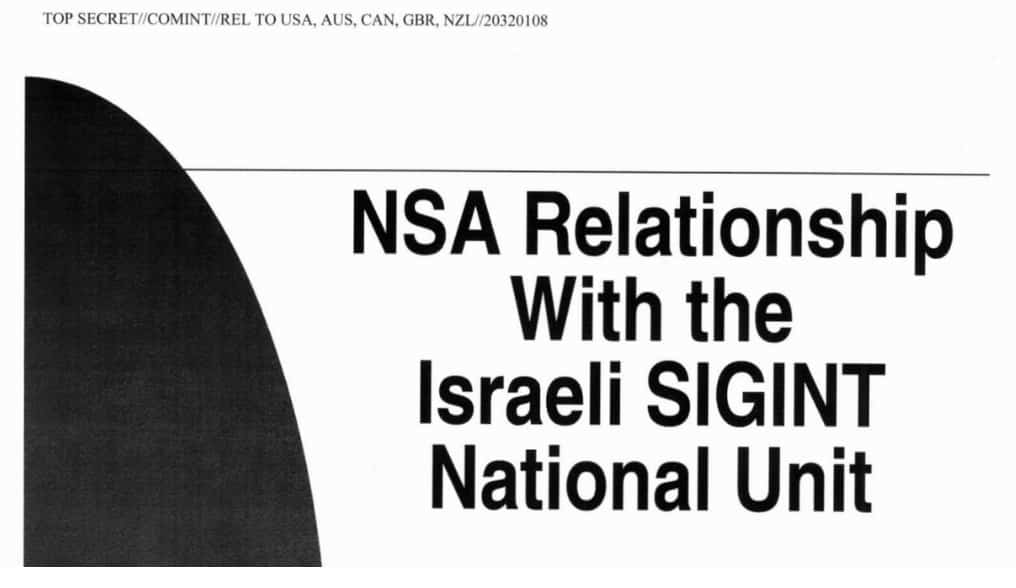 Through RT/Moscow and The Intercept

Editor’s note: NSA monitoring wasn’t Hezbollah, it was Americans, including members of the press, one of the most dangerous occupations in the world today.  Evidence will prove that the NSA sent “hit lists” to Israel and not always involving issues where Israel was involved.

Israel simply acted as a “murder for hire” operation for the corporations that make up the backbone of the NSA including Google and Facebook.

Would Google and Facebook kill?  From RT, the kiddies version as usual:

Frustrated by a legal ban on sharing intelligence with Israeli operatives conducting targeted assassinations against Hezbollah, the NSA crafted a loophole giving them total access even to US citizens’ data, leaked documents show.

The Israeli SIGINT National Unit (ISNU), the NSA’s counterpart in Tel Aviv, convinced the Americans to circumvent the legal prohibition on providing surveillance data for targeted assassinations during Israel’s 2006 war with Lebanon, according to the newest revelation from the archives obtained by whistleblower Edward Snowden.

Using the familiar rationale of “terrorism” to excuse cooperation they knew was illegal, the NSA and ISNU found a workaround using the Office of the Director of National Intelligence that provided the Israelis with all the intel they needed, according to an October 2006 article in the NSA’s internal publication.

“To ISNU, this prohibition [on sharing data for targeted killings] was contrary not only to supporting Israel in its fight against Hizballah but overall, to support the US Global War on Terrorism,” said an article in SIDToday.

Its author, whose name is redacted, details the “late-night, sometimes tense discussions” he had with ISNU officials who believed they deserved an exemption from the US prohibition on abetting targeted killings.

The documents don’t include details of what “arrangement” was eventually worked out with the ODNI, but the Israeli military used American data to lay waste to Lebanon’s civilian population, much like the tech-enhanced US troops in Afghanistan and Iraq, whose kill-counts swelled with civilian victims after they received access to NSA targeting data.

“Israel repeatedly, and in some cases egregiously, violated the laws of war,” Human Rights Watch reporter Nadim Houry told the Intercept, adding that the Israelis “engaged in indiscriminate aerial attacks” and cluster bombing against “civilian infrastructure that was not tied in any way to the armed conflict.”

This ‘strategy‘ had a name – the “Dahiyeh doctrine” – and Israeli officials admitted it was deliberate, but despite this brutality, they were unable to win the war. A leaked presentation about the NSA-ISNU relationship notes that “public confidence in IDF erodes” and “IDF image damaged” after the seemingly-outmatched Hezbollah fighters were able to keep the Israelis at bay. Nevertheless, the IDF was, according to the presentation, “Gearing up for Round II.”

Apparently unsatisfied with the legal loophole the Americans had created for them, the Israelis sought and received full access to the NSA’s massive surveillance data troves after the war. A 2009 memorandum of understanding officially gave ISNU unrestricted access to the NSA’s raw intelligence data – including the phone and internet records of American citizens and citizens of third-party countries.

Only American officials’ data was excluded, on an honor-system basis (with ISNU instructed to “destroy upon recognition” any records originating with a government official). Almost no strings were attached to this bonanza – the Israelis could even release the identities of Americans whose information had been scooped up in the dragnet, as long as they asked the NSA for permission first, and could pass the data on to anyone at all if the names were redacted.

While a leaked presentation calls ISNU “NSA’s most valued third party partner,” it also suggests there was “high anxiety” among the Israelis “heavily reliant” on NSA data for support. One slide reads “What Did ISNU Want? Everything!!!” and complaints about the Israelis’ “robust” spying on Americans crop up frequently in the Snowden archives. The NSA did not seem to mind, because the Israelis were very, very grateful for all the information.

“Throughout all of my discussions – no matter what the tone or subject – ISNU stressed their deep gratitude for the cooperation and support they received from the NSA,” the SIDToday article reads.