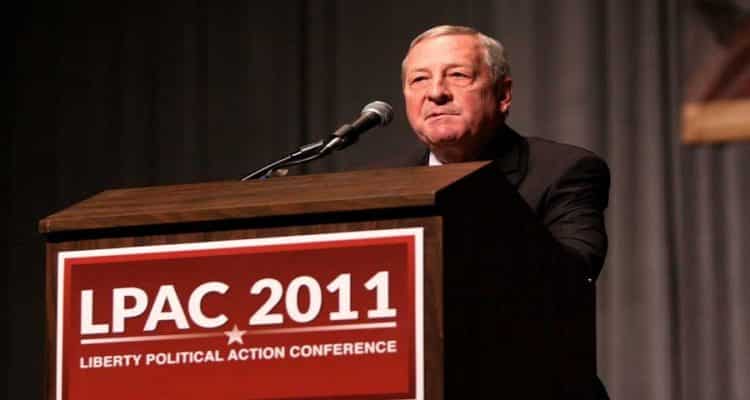 [ Editor’s Note: Phil has his flamethrower out today, as you can tell from the title. What we like about Phil, is like us, his positions are never publicly challenged by anyone with a reputation to lose.

Like us, he gets the “no comment” treatment, as the opposition’s PR people wisely advise that would just get our positions more publicity.

This may be true in terms of mass audience exposure. But VT and Phil are constantly monitored by all the Intel, military and diplomatic communities for open source Intel, and also to watch for what the public reaction is.

Hence you will see Phil’s polite mention at the end that, once upon a time in a land far away, 100,000 people protested the looming Iraq war in DC. Phil has sent a challenge to them. “Where are you now?”

At the end of the day, this is the public’s problem. At this point, it cannot claim to be a powerless victim, as it has never put up a credible opposition to the insanity going on. Are people just in denial, or just lazy, or worse, maybe both.

We carry an Iraq war debt which has enslaved our children to pay the interest, and a principle they will never be able to repay, the modern form of serfdom, and which is also multi-generational. This is the kind of thing that would be imposed on a people after losing a war, reparations demanded by the victor.

Time is running out for there to be any change of turning things around. Without major resistance, the end result is quite predictable. And thus ends my cheery message for today… Jim W. Dean ]

Remember Shakespeare’s line “he jests at scars that never felt a wound?” That epithet could have been written with National Security advisor John Bolton in mind. Bolton was notoriously a draft dodger during the Vietnam War, like his current boss, not due to any scruples regarding what was occurring, but out of concern for his own sorry ass.

He is now credibly believed to be the driving force behind the punishment being meted out to Venezuela and, far more dangerously, of the creeping escalation that is taking place in the Middle East that is seeking to draw Iran into a misstep that would lead to war. Bolton, who has received the “Defender of Israel” award, has long been an outspoken advocate for attacking Iran and now he has the power to do just that.

The psychopaths in the White House have been pretending that the United States “and its allies” are being threatened by Iran, a ridiculous conceit in and of itself as the Persians are hugely outgunned by the local U.S. presence as well as by the weapons in place in the region in the hands of the Saudis and Israelis.

Israel is, one might recall, armed to the teeth through the beneficence of the United States, and is also the region’s only nuclear armed power by virtue of the theft of U.S. technology and enriched uranium. The Saudis, meanwhile, are about to receive another $8 billion American made weapons due to the “Iranian threat.”

That Trump has arranged the arms sale on his own questionable authority as an “emergency response” seems to bother some in Washington and the media, but no one will ultimately do anything about it, as everyone inside the Beltway hates Iran due to the assiduous work of the Israel Lobby.

Trump has already sent bombers to the Persian Gulf region, as well as an aircraft carrier, and he is now adding 1500 more troops because the Iranian threat is reportedly increasing. The alleged threat itself is based on generic Israeli intelligence about what the Iranians might do if they choose to react to U.S. pressure.

The intelligence reportedly suggests that there might be attacks on American diplomatic missions in Iraq, which has led to the evacuation of dependents and unnecessary staff from the posts in Baghdad and Irbil. It is also claimed that the Iranians were mounting anti-ship missiles on small coastal vessels to deploy against American warships.

The Pentagon claims that it has photographic evidence of the anti-ship missile threat, but Gareth Porter has demolished the analysis that has been produced by the White House, noting that the truly dangerous missiles are largely shore based and hidden.

The reality is that the Executive Branch of the federal government is essentially contriving a phony war supportive of no conceivable national interest that is based on lies and might even include a “false flag” operation that will condemn Iran for something it did not do.

Some have compared it to the lead-up to Iraq, which is a fair judgment, but one has to suspect that the current situation is much worse, as a war with Iran is potentially far more damaging to actual American interests than Saddam Hussein ever was.

Iran will fight back and has capable defenses, which means Americans, not Israelis or Saudis, will die. So too will many thousands of innocent Iranian civilians. And there will be new trillions of dollars to add to the already crippling war debt being amassed Washington with absolutely nothing to show in return.

If there is any hope on the horizon it might be coming from a number of media reports that President Donald Trump has expressed considerable irritation with the advice he is getting from Bolton and Secretary of State Mike Pompeo.

He reportedly began to see the light when the attempted coup in Venezuela did not develop as planned, resulting in some comments by the president that he had been misled into thinking that the regime change would be “easy.”

He has since that time stated that he does not want war with Iran, though his actions would suggest otherwise, and some news reports suggesting that he is unhappy and at odds with Bolton in particular.

Unfortunately the desktop warriors who are currently calling the shots in Washington have no idea what they might be getting into. The only former soldier among them is Pompeo, who is a West Point graduate.

He missed Vietnam and has never been involved in actual combat. He is also is a Christian Zionist who welcomes a major war in the Middle East in hopes that it will bring about the second coming of Jesus Christ.

Neither Pompeo nor Bolton has any real understanding that war means death. If Bolton has his way, many thousands will die and the United States will be reviled by nearly the entire world. President Donald Trump for all his self-proclaimed “genius” status does not appear to understand that reality either.

For him, megadeaths and national humiliation might mean little more than the numbers on a balance sheet when one is reckoning up the costs of constructing a building. This impending tragedy must be stopped. Back in 2003, a hundred thousand Americans gathered at the Washington Mall to protest against the drive to invade Iraq.

Nothing like that has developed yet, but the people must rise up to demand that the government cease and desist from doing things in their name that do not help a single American but instead only bring death and destruction. Trump promised to do that when he ran for president. It is past time that he fulfill that promise.