Home World 40 US Military Cadets and Officers Land in Israel for “Wide-Ranging Educational”... 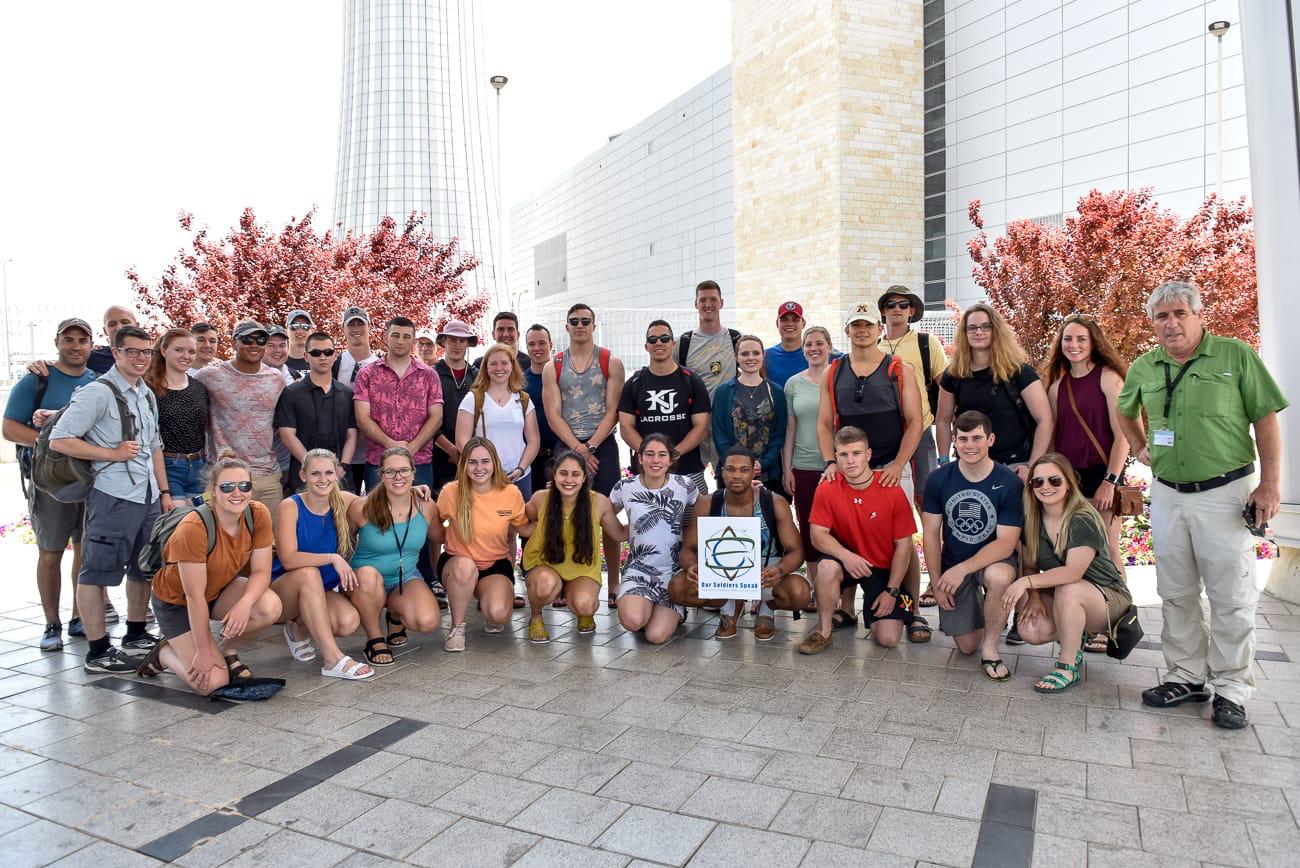 Photo Above:  A group of 40 U.S. military cadets and their officers land at Ben Gurion Airport in Israel

EDITORS NOTE:   THIS PRESS RELEASE was received by VT from J Cubed Communications.  We present to our readers so everyone clearly knows who is promoting the interests of Israel.  J Cubed Communications is an international PR firm based in Tel Aviv committed to generating tangible results for its diverse client base through public relations and marketing.  With networks in New York and London, J Cubed specializes in international media placement for Israeli and international entities in the public and private sector that are seeking to take their message to a global audience.

Tel Aviv — A group of 40 U.S. military cadets and their officers landed at Ben Gurion Airport yesterday for the latest phase of a two-week strategic tour of Poland and Israel organized by Our Soldiers Speak (OSS) an American-based nonprofit dedicated to educating students and academics from around the world about Israel and its security realities.

After visiting significant sites in Holocaust history during their time in Poland, the cadets have now embarked on an immersive journey into Israeli society through June 11. The visiting delegation will receive high-level briefings from current and former policymakers and commentators from across the political spectrum in the security, strategy, international relations, law, politics, media, religion, and technology arenas.

One of the highlights of the Israeli leg of the servicemembers’ trip — officially called the Israel Strategy and Policy Tour (I-SAP) — will be a meeting with U.S. Ambassador to Israel David Friedman on June 10.

The visiting servicemembers hail from the West Point Military Academy, the Air Force Academy, and the Virginia Military Institute. They are taking part in the fourth annual tour of I-SAP — a rigorous, safe, and highly educational onsite experience for U.S. cadets in Israel, America’s most indispensable ally in the Middle East.

By interfacing with members of the IDF, the American cadets and officers are deepening their relationships with servicemembers who they will likely cross paths with repeatedly over the course of their military careers.

“This unparalleled experience enables American cadets to learn about hot-button issues and matters of utmost strategic importance in the Middle East firsthand,” said OSS Founder and Director Benjamin Anthony. “By forging bonds between the cadets and Israeli military officers, we are laying the groundwork for future understanding and productive interactions.”