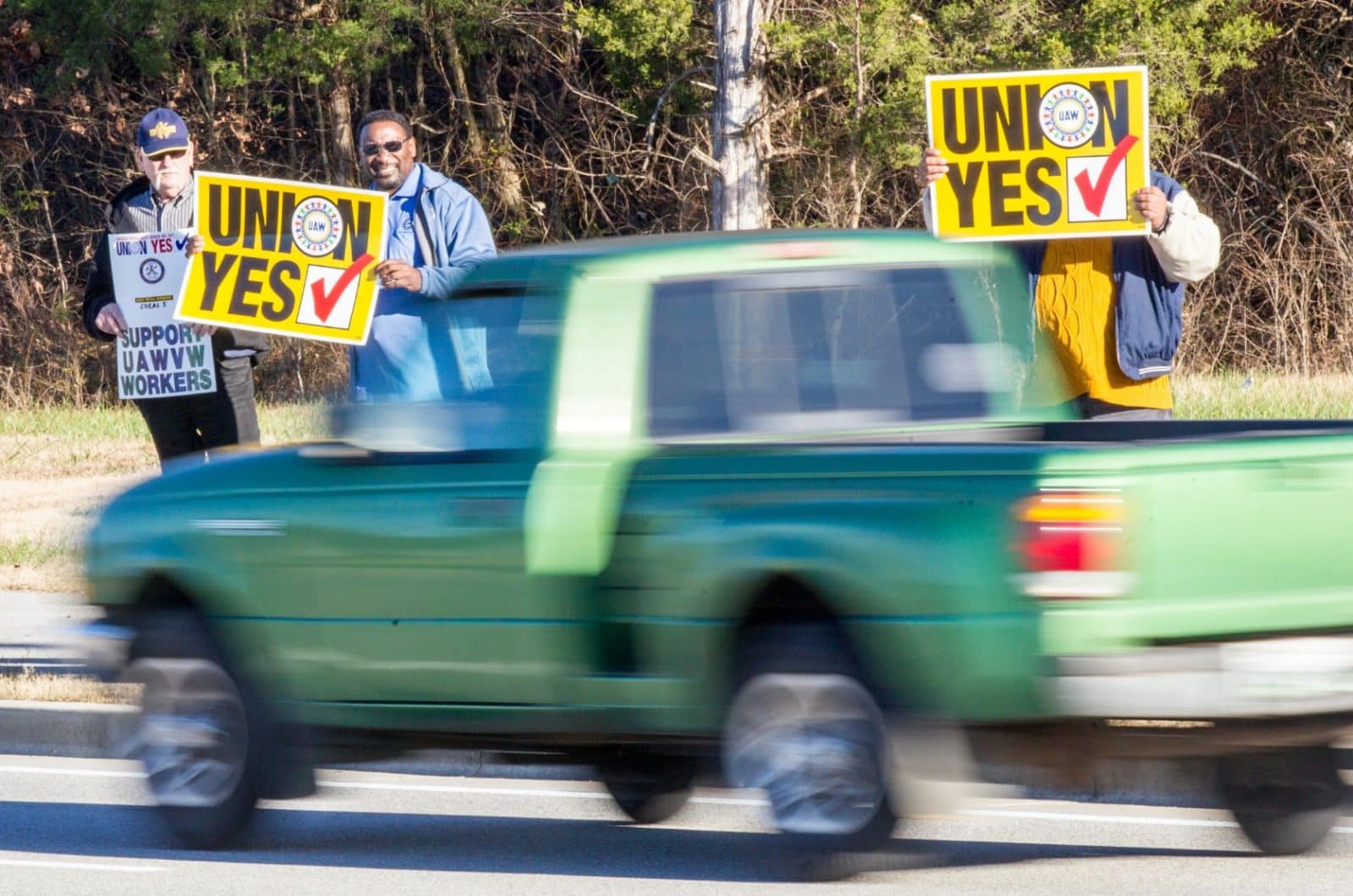 Editor’s note: We all trust Volkswagen.  Do remember this is the company that faked their emission results on diesel cars.  They also build largely garbage, not our workers fault, just crappy German engineering.  I won’t even rent one on a bet.  Fords are endlessly better but they, of course, are UAW.

At least three of Lee’s policy staffers exchanged emails shortly after the UAW’s April 9 petition to represent Volkswagen’s hourly workers at the German company’s sole U.S. car manufacturing plant. One of Lee’s policy analysts reached out to a former chief of staff to retired Sen. Bob Corker, who was involved in the effort to bust the UAW’s first attempt to organize Volkswagen workers five years ago.

The emails also show a senior Volkswagen executive requesting to brief the governor’s office on the union drive. The company also helped plan a visit by Lee, a Republican, to the Chattanooga plant on April 29 — the date the UAW had asked the National Labor Relations Board to schedule a union election, the emails reveal. The Republican-dominated board threw out the petition on May 22 due to a technicality; the UAW immediately refiled a petition, and the board has scheduled an election for June 12, 13, and 14.

The governor implied to Volkswagen workers that Tennessee government officials have been successful in luring companies like Volkswagen to the state because of the lack of unions, according to a leaked recording…