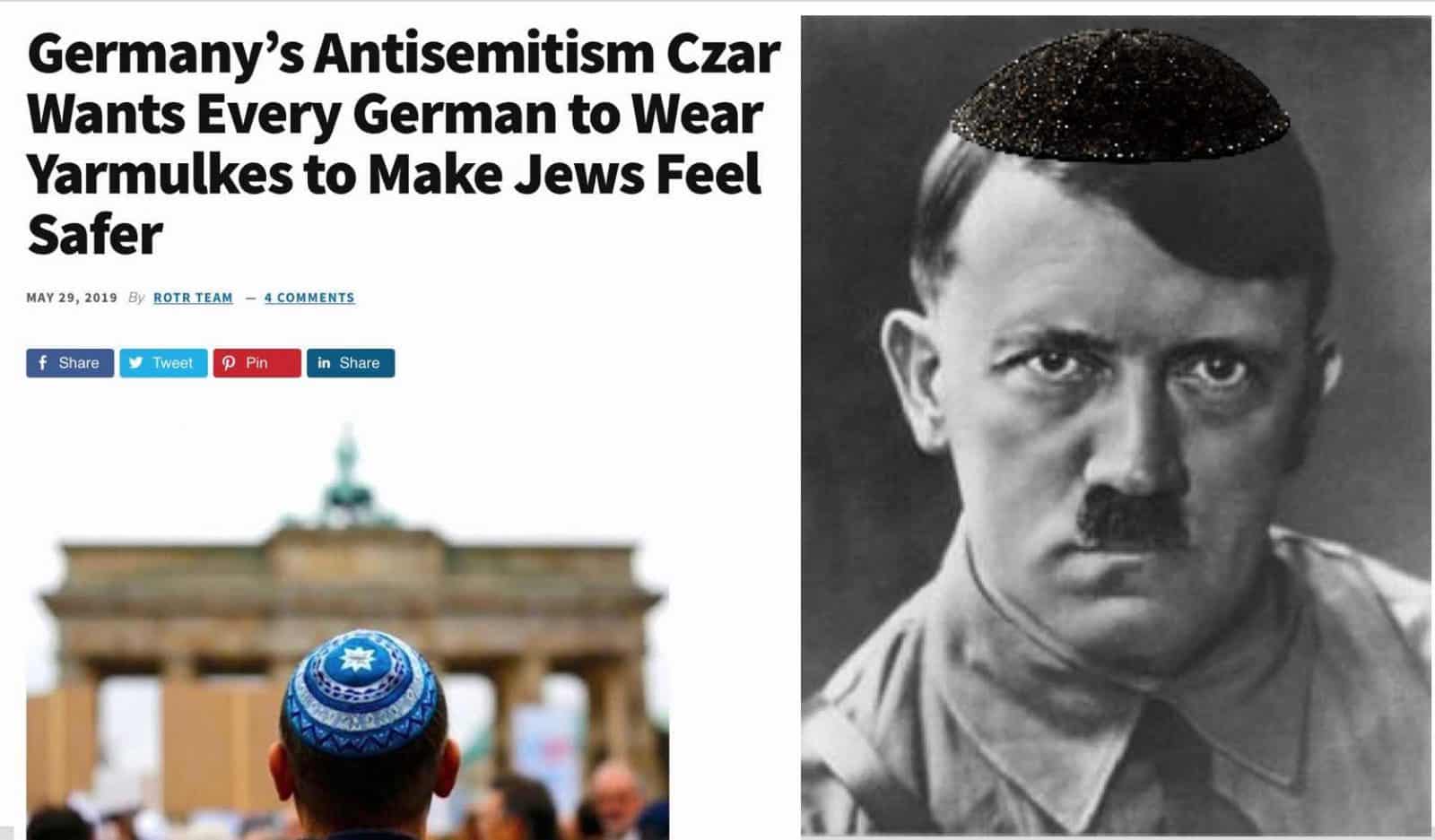 Watch False Flag Weekly News above, and click HERE for links to the stories we covered, including Germany’s Antisemitism Czar Wants Every German to Wear Yarmulkes to Make Jews Feel Safer

In Germany you can be imprisoned for refusing to kowtow to the sacred Holocaust myth. If you treat the Holocaust as debatable history, rather than sacred myth, you may join lawyer Sylvia Stolz in maximum security lock-up. (Stolz’s crime was representing accused “Holocaust deniers” in court.)

It’s bad enough being forced to worship the idol of someone else’s sacred narrative. But it gets worse. Now Germans may be forced to wear yarmulkes! Germany’s antisemitism czar Felix Klein gave the order last week:

“I call on all citizens in Berlin and everywhere in Germany to wear the kippa on Saturday, when people will agitate unbearably against Israel and against Jews on Al-Quds Day.”

Hmmm…I think I’ll appoint myself America’s Islamophobia czar and order every male American to wear a turban, and every female American a hijab, to “make Muslims feel safe.”

On second thought, maybe I’ll skip it. I just don’t have that kind of chutzpah.