Home Government Is gunboat diplomacy alive and well between the US and China? 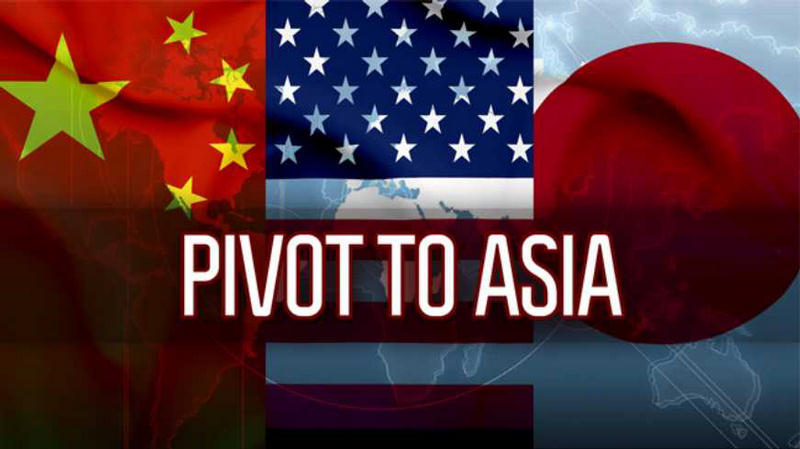 Chinese defense minister vows to ‘fight to the end, at all costs’ over trade & Taiwan

[ Editor’s Note: Although I am sure the Chinese Defense Minister Wei Fenghe is a well-meaning patriotic man, I would counsel him to be careful in his choice of words.

His “fight to the end” has three different scenarios, the end of the US, the end of China, or both; and all three would be bad for China and the world in general.

Among all the other UN countries, only the US openly displays its ability to solve trade disputes via the military option; so referring to anyone else trying to defend against our own regional threat as a threat is something borrowed from the Israelis.

By that I mean Israeli generals have publicly stated what they think of balance of power being a stabilizing or good thing. The IDF has said that it would never allow another regional country to have military parity with Israel, but would attack it prior to that happening.

Can you feel the love in that? And mind you, no one has ever called for sanctions against Israel over that policy or even its weapons of mass destruction. So who is the real threat in all this? … Jim W. Dean ]

Beijing will fight to the end to protect its national interests both economically, amid the trade war with the US, and militarily, if any outside force dares to challenge the One China policy and split Taiwan from the mainland.

The People’s Liberation Army will have no choice but to protect Taiwan at all costs should the US or any other outside force dare to split the island from the mainland, Defense Minister Wei Fenghe told delegates of the Shangri-La Dialogue security summit, a day after his American counterpart tried to muster an international coalition against China’s growing might in the Indo-Pacific.

“No attempts to split China will succeed,” the defense chief said. “Any interference in the Taiwan question is doomed to failure. China must be and will be reunited. Some countries from outside the region come to the South China Sea to flex muscles in the name of freedom of navigation.”

While the threat of a wider conflict indeed hangs over the Pacific, Wei stressed that China and Washington are fully aware that war would spell “disaster” for both. Beijing is firmly committed to regional peace and stability and will never pursue expansionist policies, he said.

To alleviate the possibility of conflict, the US and Chinese militaries have agreed to engage in dialogue, while the door is always open for the US to discuss trade relations. However, if the US chooses to fight – China will “fight to the end,” Wei said.

A similar message was personally delivered to acting US Defense Secretary Patrick Shanahan when the two held brief talks on Friday in Singapore on the sidelines of the summit. That, however, did not stop the Pentagon chief from blasting China as a regional threat during his speech on Saturday.