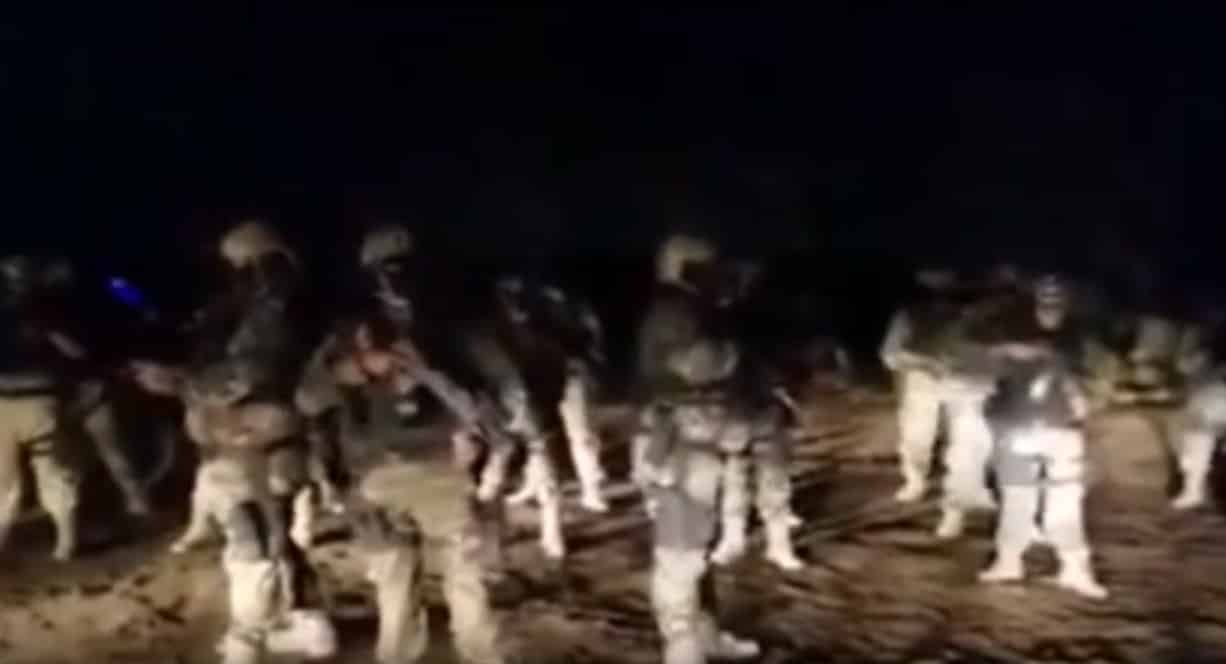 …by Gordon Duff with VT Staff

A couple of things, one a medium confirmed, meaning not a rumor but not yet worth rounding up and executing over:

We found one of InfoWar’s wild conspiracy theories involving ISIS training camps in Mexico to be “sort of true.”  InfoWars was totally wrong, as we believe they intended to be, as to “who.”

The story goes this way:

Israel has, over the past 8 years, trained 1500 ISIS cadres inside Mexico and inserted them into the US to coordinate with “the lobby.”

These are ISIS cadres, Hispanic, part of the Sinaloa Cartel.  We tripped over this in late 2012 when an FBI agent came forward.

More on this later.

VT is now sitting on the border between Turkey, Iran and Georgia, embedded with intelligence officials.  Beyond that, for safety, we are not supplying operational details.

We’re going to take a second or two to talk about these.  We have spoken to maybe a dozen or more that crossed the border illegally and were arrested.  Their stories are similar:

“We had choices, join the Kurds, be redeployed to Afghanistan (certain death), fight for Saudi Arabia in Yemen or deploy to Africa.

This caught our interest.  ISIS operations have begun inside Ghana in the last two weeks while major operations inside Nigeria have been going on now for years.  We get daily reports and kidnappings have now begun in Ghana…

Our staff in Cameroon saw things begin unfolding some time ago.

We then set up in Ghana as well and by 2009 signed contracts with Nigeria to take over intelligence coordination though Obua followed by official appointment as National Security Advisor to the President.

Then to Ghana where we have worked since.

What we are broadly seeing is a giant ant farm of terrorism, targeting Nigeria, as we predicted in 2011 (one of the most read reports in history), Pakistan (we began there in 09), Lebanon, Turkey (who threw us out of the country), Belarus (we set up there in 11), Ukraine, Georgia…but carrying on, of course, to Italy and France.

Behind this, we also tripped over a major terror training facility (warning by InfoWars of all things) in Mexico with Israeli advisors running camps for Sinaloa.

This gives us a new look at Jade Helm and Fetzer’s claims.  Was Fetzer aware that Israel had trained up to 1500 “Hispanic ISIS” operatives to penetrate the US and set up cells within not America’s Muslim community, but within America’s Hispanic community?

Let us note that the US military is largely Hispanic…and that much of the US at one time belonged to Spain (Florida for instance) or Mexico.

What if these terror cells were supported by GOP sponsored Israeli groups like the ADL/AIPAC/Mossad?  That’s an “if.”  Do I need to remind anyone about what really happened on 9/11?

Blaming Mexico for a new Israeli 9/11 seems to be in the works.