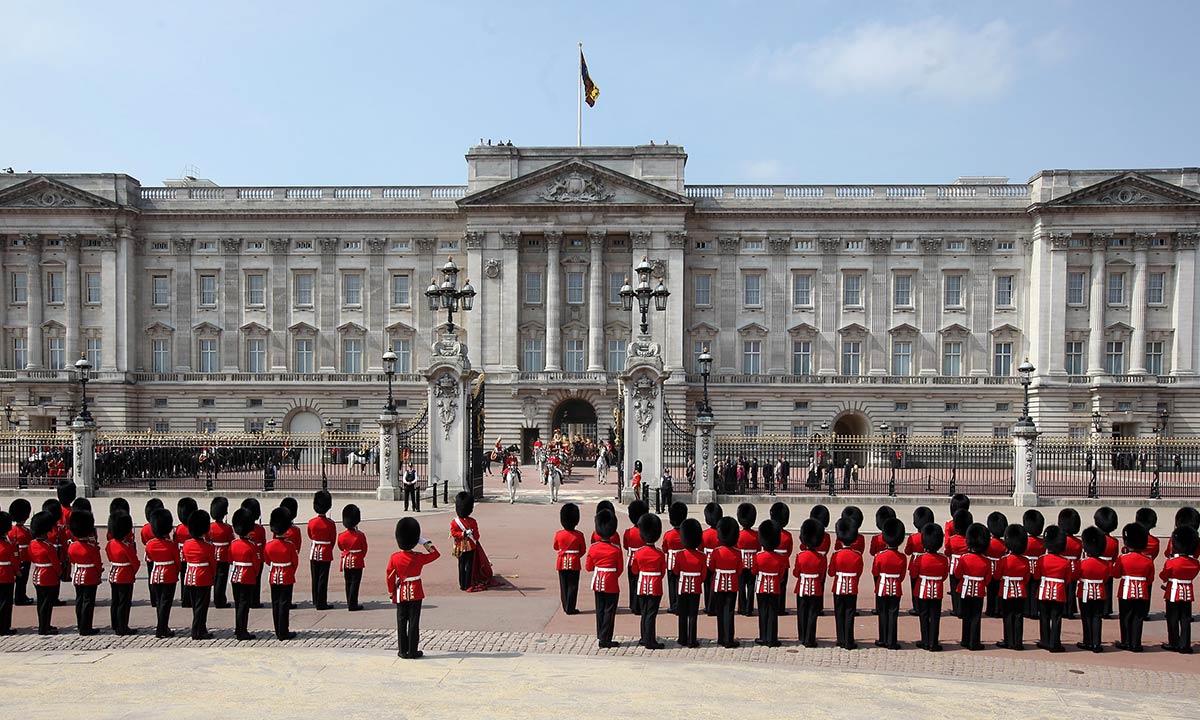 President Donald J. Trump will be a very welcome visitor when he arrives in Britain tomorrow for his State Visit. Forget the left-wing demonstrators and idiots like Speaker Bercow and the Mayor of London, no offense intended. They do not represent the true state of public opinion in this country.

Apologies btw for the confusion over the photos last week. It’s not VT’s fault – since the attacks on the site earlier this year editing from the UK has been a constant issue. There may also have been some interference at my end. I cannot always tell if a photo’s been uploaded, hence the appearance of double photos. It’s nothing to do with double-vision and doesn’t mean that I’ve been at the Jack Daniels again! VT have been very supportive and we’re getting there.

Whilst the left wing and the Cabinet Office, led by Ritter Mark ‘von’ Sedwill, are opposed to the President being given the honor of a State Visit, they have been out-maneuvered by the Good Guys. America is our largest trading partner, treating the EU Member States as individual states, as they should be. Our security relationship is the strongest in the world, evidenced by the excellent Five Eyes program and the outstanding Lockheed Martin F-35 stealth fighter (I still don’t know how they do it for the money!)

The EU is comparatively unimportant. The Europeans don’t like us, don’t speak our language, don’t buy our products and in the case of Germany are engaged in a quasi-war with us, using proxies like ISIS and the IRA.

It is absolutely right that the American President be granted the honor of a State Visit. President Trump has sound views with respect on global warming and Iran. He’s absolutely right about China as well and has some lessons to teach Theresa May, not that she would listen, with respect. I gather that she’s been hectoring him with silly phone calls, a huge mistake. Your President is far smarter than our PM, is a genuine conservative, not a CINO, and, I might add, is far more charming. He also believes in democracy, unlike Theresa May, who wanted to see Britain become a German vassal state under the Withdrawal aka Unconditional Surrender Agreement, an even worse deal than Munich.

Since taking office President Trump has done a great deal to repair the immense damage done by his predecessor to the Special Relationship. ‘Von’ Obama openly supported British membership of the EU. Perhaps it helps that President Trump was born in America.

The Interview with the Sun

As part of the build-up to his State Visit the President graciously granted an interview to that nice man Tom Newton Dunn, of the Sun. This was a shrewd move. The Sun is Britain’s most widely-read newspaper. Cynics will say of course that it’s Britain’s most widely looked at paper, because of the boobs on page 3, and by ‘boobs’ I don’t mean typos.

The cynics are being patronizing however, and are also ill-informed. Page 3 was toned down some years ago, without any noticeable effect on sales. There’s also usually much more to the young ladies in question than their bosoms. It is possible to be both intelligent and good-looking, although I can only manage the former, I’m afraid. (My distant cousin Jean Shrimpton got the family’s good looks, my side were lumbered with the brains!)

Tom Newton Dunn also happens to be one of the most respected reporters in Britain. Unusually for a journalist, with respect, he has a brain. This is unheard of at the Guardian or the Times, whose reporters have fallen en masse for the global warming hoax. Both those papers also think that Britain would be damaged economically by leaving the EU on WTO terms, i.e. they are economically illiterate organs.

In a wide-ranging and diplomatic interview, the President very sensibly hinted that his favored candidate in the race to replace Theresa May is Boris Johnson. Since Boris is the best candidate in a crowded field (so crowded that it’s starting to look like the upper slopes of Mount Everest), this made sense.

Like the President, Boris has sensible views on the EU, and also on Huawei undermining the Five Eyes arrangements. There is no reason at all why President Trump should not have indicated his backing for one of the candidates. 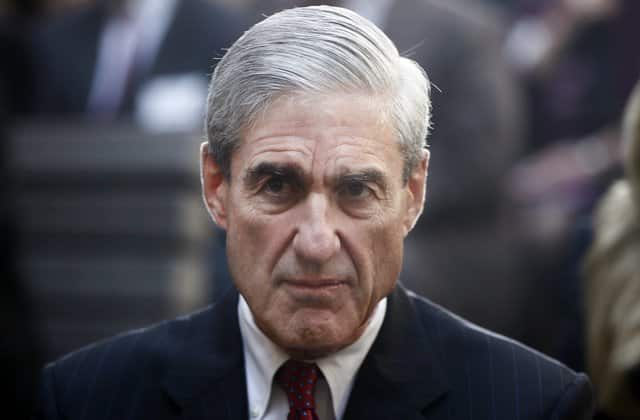 I’m still waiting for a quiet week to do a column on von Mueller’s silly report, but in the meantime there’s his silly resignation statement to comment on. Von Mueller doesn’t seem to grasp that until his overdue resignation he was just a federal employee, serving at the pleasure of the President. He was not a Special Prosecutor, just a common or garden special counsel.

I fail to see how it can be an obstruction of justice for a serving President to want to dismiss a federal employee, not least one waging a political vendetta against him. Von Mueller backed Hillary Clinton in 2016 and was trying to reverse the result of the election. His report was politically motivated from beginning to end and his retirement statement a disgrace, frankly.

Talking about a disgrace I think that the President has a point, with respect, about Nancy Pelosi, hereinafter That Idiot Pelosi Woman, No Offense Intended (TIPWNOI for short). I think that Nancy is losing it. She does seem to be missing a few marbles these days, sadly, which is a problem, as she didn’t have all that many to begin with. She is a Democrat, after all. 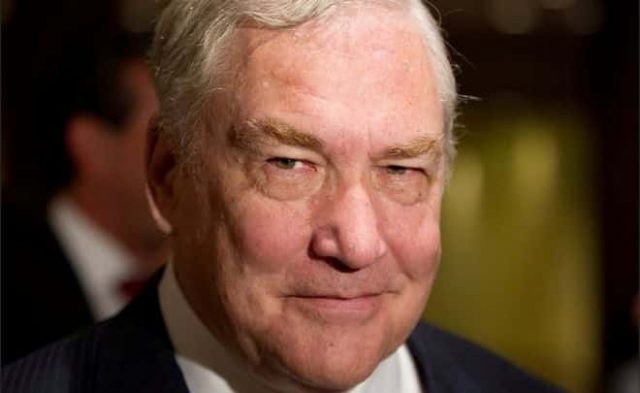 One of the things that distinguishes Donald Trump from Hillary Clinton, apart from that fact that he’s smarter, and a warmer human being, is that is he has a genuine sense of justice. Hillary Clinton would never have pardoned Lord Black. His Lordship’s conviction was a disgrace, obtained unfairly by a sleazebag of a prosecutor, no offense intended. It did real damage to the reputation of both the federal judiciary and the Justice Department.

I gather that Lord Black was treated with shameful discourtesy by both the trial judge and the prosecutor, Patrick Fitzgerald, neither of whom addressed His Lordship properly. In fact I think they even called him ‘Mr Black’, which is ridiculous. Conrad Black is of course a Lord of Parliament.

Nobody in the Justice Department appears to have given a thought to the possible consequences of trying a member of the British Parliament in America, let alone on trumpery charges. Hopefully we’ll be able to arrest TIPWNOI on something next time she visits the UK.

Can you imagine the diplomatic fallout if a crucial vote had been lost in the House of Lords through the absence of a peer? As a matter of comity any charges should have been brought in England. Of course in this case no crime at all was committed, so no charges were appropriate anywhere.

I can’t part from the Conrad Black case without criticising the Canadian government for requiring him to give up his Canadian citizenship before taking his seat in the House of Lords, as though Canada were some sort of banana republic. The House of Lords is a Commonwealth-wide chamber, not just a British chamber. I well remember discussing this very point with the great Canadian peer, Lord Shaughnessy, who sadly ascended to the peerage whilst en route to Britain in one of his father’s ships for King George VI’s Coronation.

Interestingly Lord Shaughnessy participated in the most recent trial of a peer in the House of Lords, that of Lord Clifford, who was impertinently accused of motor manslaughter, having accidentally run down a commoner. (He hadn’t meant to kill the chap, who was a bit slow getting out of the way of His Lordship’s automobile in any event.)

I see that Kim Jong-un has come up with an innovative way of dealing with underperforming negotiators – line them up against a wall and shoot ‘em. It might be worth a try in Britain. Since our criminal justice system is pretty much operating to North Korean standards anyway I can’t see why we don’t just go the whole hog and shoot ‘Oily’ Robbins, after a fair trial of course. Admittedly it would require a change in the law, but that could soon be arranged. You can’t model your criminal justice system on North Korea’s and not have a few firing squads.

The Brexit Party should do well, but to win a by-election you need to wage a ground war. In theory the party’s too young to win, but I’m not so sure. My tentative prediction is that they will in fact win, with the LibDems coming in second, Labour third and the Tories fourth. Watch this space!

One of my more computer-literate readers helpfully advised me how to change my handle on Twitter. I’m now @michaelshrimpto. There wasn’t room for the ‘n’! I now have a grand total of 24 followers. President Trump look out!

That was a further example of irony, BTW, for my few liberal readers. President Trump also does irony, if only liberals understood. I’m sure there’s a twinkle in his eye when he makes some of his statements!