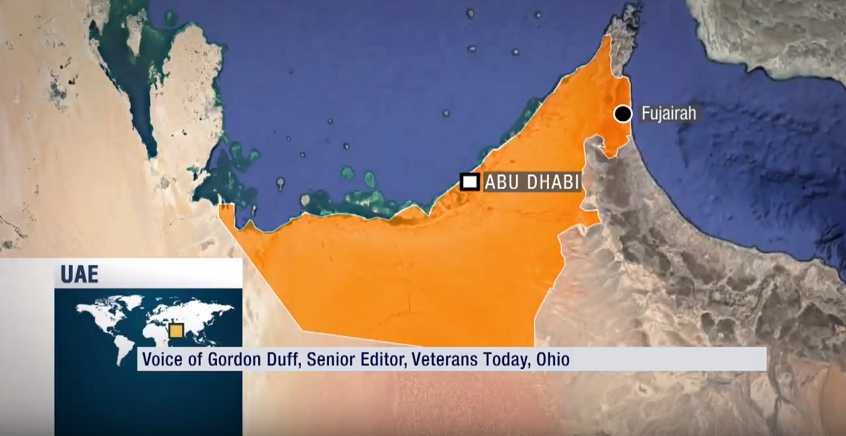 [ Editor’s Note: By a fluke Uncle Gordie and I ended up doing a rolling coverage on the oil tanker attacks in the UAE port. The studio talent bookers surprised both of us.

And it was an extra surprise that it was the first time we had been on with Marziah Hashemi in long time since she had made front page news after her being held as a material witness in the US Air Force lady that the FBI was after.

That story has gone cold, as has the newer tanker bombing one. But that did not prevent the usual suspects from blaming Iran again without putting any evidence on the table, or even a motive.

But with its precise and stealthy successful attack on the Saudi major pipeline, shutting it down, why would the Yemenis bother with denting some tankers which had no economic effect on SA at all?

I suspect that another party was trying to trigger a retaliation on Iran for something it would never have been so stupid to do. Who would want to do something like that, the Israelis maybe?

The good news is that it did not work. The Gulf States claiming Iran did it has been ignored, and for good reason. Trump has eased off his saber rattling against Iran, focusing on its oil buyers like China.

And today he is making history by being the most protested American president in history. I am waiting for him to ask what color the new royal baby is, and no, I am not kidding. He could really do that… Jim W. Dean ]