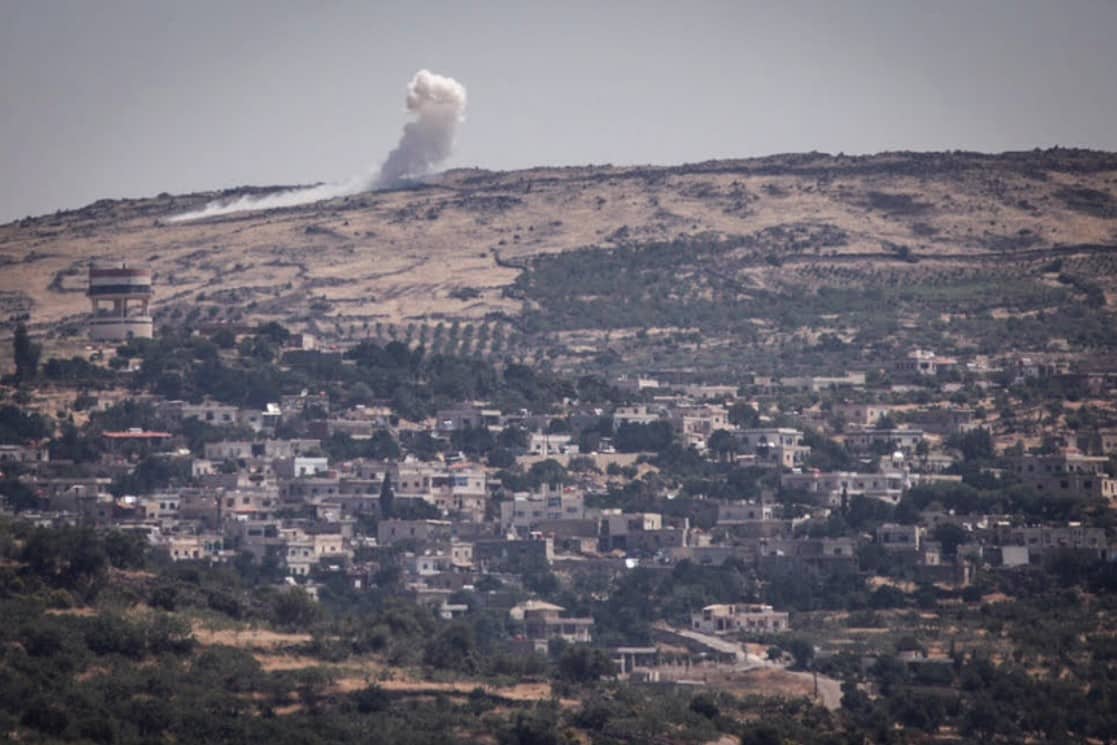 By Firas Samuri for VT
On June 2, Syrian Arab News Agency reported on Israeli aggression on the T4 airbase, located in the eastern countryside of Homs province. It’s recognized that the Syrian Air Defense System managed to destroy two missiles. The remaining rockets hit targets on the territory of the base, resulting in one martyr, two injured servicemen, and damage to an arms depot and other equipment.
For the past several days the Israeli aviation repeatedly attacked the Syrian territory. Tel-Aviv struck artillery and two anti-missile batteries not far from Damascus, on the night of June 2. Three Syrian soldiers were killed, and seven others were severely wounded
.
The Israeli forces hasted to declare that the strikes were retaliation for the launches of the Syrian missiles towards Mount Hermon in the Israeli-occupied Golan Heights.
The Israeli Prime Minister, Benjamin Netanyahu, said he had ordered the strike. “We won’t tolerate fire at our territory and will respond forcefully to any aggression against us,” he said. The Prime Minister also held a meeting on security issues after the Syrian attacks on the Golan Heights.
However, the actual reasons for the Israeli attacks are entirely different. Currently, the country is preparing for the parliamentary elections, so Netanyahu needs good public relations to demonstrate his determination. He does his best to score points in the domestic arena, including the acts of aggression against the sovereign state. Thus, he proves the intention not to retrieve the occupied territories to Damascus. Notably, in the lead-up to the Knesset elections in April, the same provocation was seen.
Since the beginning of 2019, the Israeli side more than ten times has carried out massive strikes on various objects in Syria that allegedly belonged to Iran.
Apart from open aggression against Damascus Tel-Aviv often use another method of influence, namely accusing the Syrian government of preparing chemical weapons provocation. The Israeli Foreign Ministry has repeatedly stated that Bashar Assad possesses vast reserves of chemical weapons, and even is capable of producing a new shipment of arms, violating the international rules and restrictions.
Last month it became known that the Israeli government had been responsible for staging several White Helmets’ videos on the alleged use of the chemical weapons against civilians in Idlib province by the Syrian Arab Army.
It’s reported that the Israeli personnel has written scripts, trained the representatives of Civil Defense in the territory of the Golan Heights, then transferred them to Idlib province, and also looked for volunteers for staging fake videos. Later the footages were submitted to the mainstream media for further replication.
The actions of Israel in Syria are illegal. Tel-Aviv is not interested in the early resolution of the Syrian crisis. Hiding behind the fight against the presence of Iranian forces, supporting the White Helmets, Israel continues to violate the sovereignty of Syria, as well as provisions of UN Security Council resolutions. The UN is an international organization designed to watch the peacekeeping process all around the World. When is it going to pay precious attention at the Israeli aggression towards Syria?