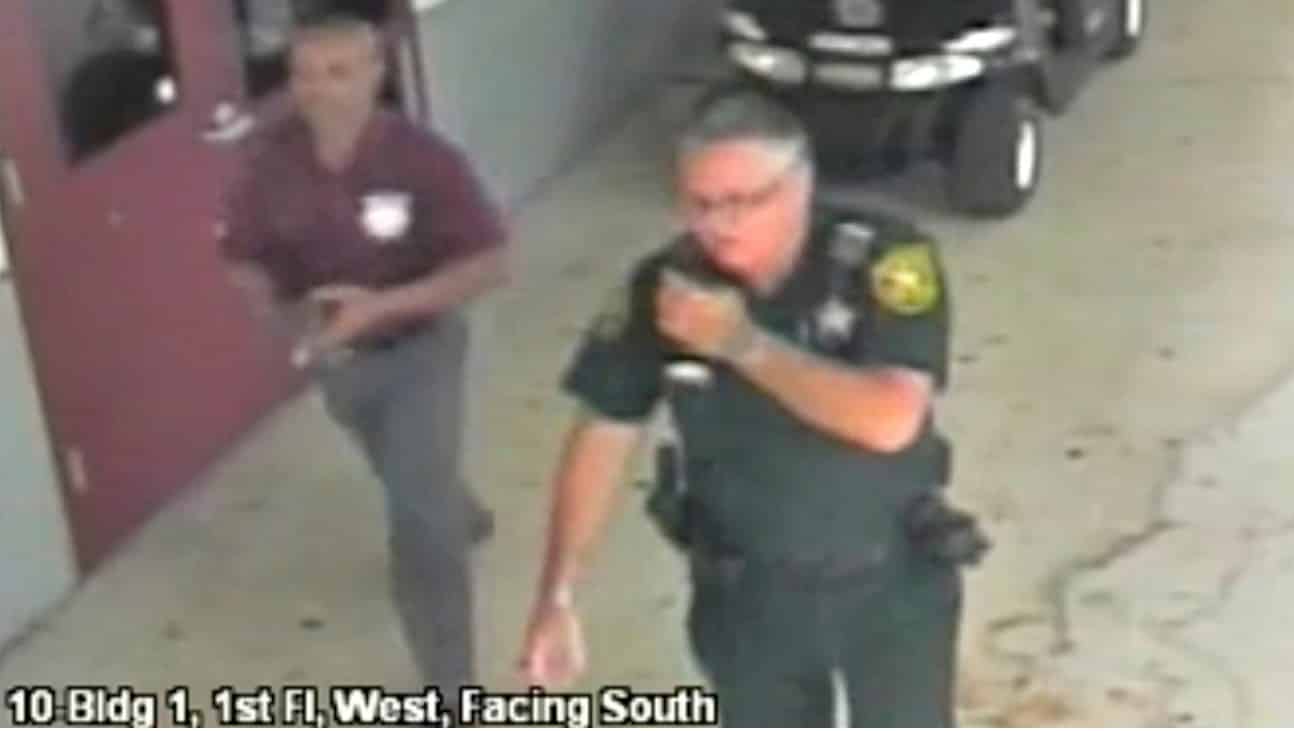 Years ago, during the Mumbai terror attacks in India, I watched a video of an officer arrive on the scene, pull out two P9 pistols (Browning HiPower 30 Rounders) and headed  into fire, no armor, no backup, just guts.

It wasn’t just Parkland, it was Columbine and more, police hiding, running away, “chickening out” when it was time to move in and take fire.

I am thinking it was Los Angeles, a club shooting, an officer went in as he should but was killed by his own men. Honor that guy, too.

I’ve been to this rodeo and know what being afraid is like. Marine culture would not allow this but police culture does. Sometimes you have to be John McClain and if you have to die in the process, that’s what the job is. If you can’t handle that, join the Republican Party… Gordon Duff.

[ Editor’s Note: Gordon might be referring above to the day when his unit in Vietnam was retreating from an NVA counter attack and he got 200 yards behind somehow. A 3-man NVA wheeled 50 caliber crew spotted him and brought him under fire.

He ducked into an old French cemetery and took refuge behind a wide but only few inches thick gravestone, thinking he would be safe.

To his horror the gun crew began shooting off the top of the stone, row by row, with chunks of stone blasting off all around him, working their way down to him. He had nowhere to go, and fully understood what was about to happen.

And as the fickle finger of fate sometimes does, to his total surprise, an unarmed APC rumbled up beside him. The bare-chested Marine driver popped up out of the hatch with his carbine, took the standard Marine squat position, and with a half dozen rounds, killed the gun crew.

Anyone who has ever been through anything like this has a different perspective on life than the rest of us, an appreciation, and also an obligation from that point forward, to do something meaningful with one’s life with an intensity that they did not have before. They have gratitude, and they wear it every day in what they do … Jim W. Dean ]

Russia Today: Florida school security officer Scot Peterson has been charged with neglect of duty after an investigation into his failure to act for nearly an hour allowed an ex-student to gun down 17 people at a Parkland high school last year.

“Former Deputy Peterson did absolutely nothing to mitigate the [Marjorie Stoneman Douglas High School] shooting that killed 17 children, teachers and staff and injured 17 others,” Florida Department of Law Enforcement (FDLE) Commissioner Rick Swearingen told reporters on Tuesday following Peterson’s arrest. “There can be no excuse for his complete inaction and no question that his inaction cost lives.”

Instead of charging toward the gunshots as he was trained to do, Peterson took cover for 48 minutes and instructed other officers arriving on the scene to stay 500 feet away from the building, sealing the fate of the students inside, according to a 15-month FDLE investigation that painstakingly pieced together the events of last February 14.

While he could not have saved the 11 victims killed on the ground floor, their report says, he could have headed the shooter off before he encountered the remaining six victims on the third floor, had he done his job and rushed into the building as per the active shooter training he received.

Peterson is charged with seven counts of felony child neglect, three counts of misdemeanor culpable negligence, and one count of misdemeanor perjury. If convicted, he faces up to 96 and a half years in prison. He was arrested at the Broward County sheriff’s office in Fort Lauderdale after an administrative discipline hearing and officially fired from his position.

Like the other police officers who inexplicably failed to stop the carnage at the school, Peterson was extensively trained in how to respond to an “active shooter,” having received no less than 18 training courses in school safety since 2003. He was even an instructor in the Broward County school system’s “Active Killer” training course, according to the charging documents.

The Sheriff’s Office also fired Sgt. Brian Miller for neglect of duty. As the first officer to arrive at the scene of the Parkland shooting, Miller donned a bulletproof vest and hid behind his car, waiting ten minutes before he even radioed for backup, according to a report by a state commission that called him “an absolute, total failure.”

Over 22 lawsuits have been filed against Broward County Sherriff’s Office, Broward County Public Schools, and a mental health facility that treated shooter Nikolas Cruz by parents and relatives of the Parkland victims claiming a pattern of deliberate negligence led to the tragedy.

Cruz’s neighbor had informed Peterson of Cruz’s stated intention to “shoot up the school” in February 2016, only to be rebuffed, and two students subsequently reported Cruz’s threats to the school administration only to be brushed off.

Parents of one murdered student are also suing the US government after a detailed tip to the FBI the month before the shooting was ignored.