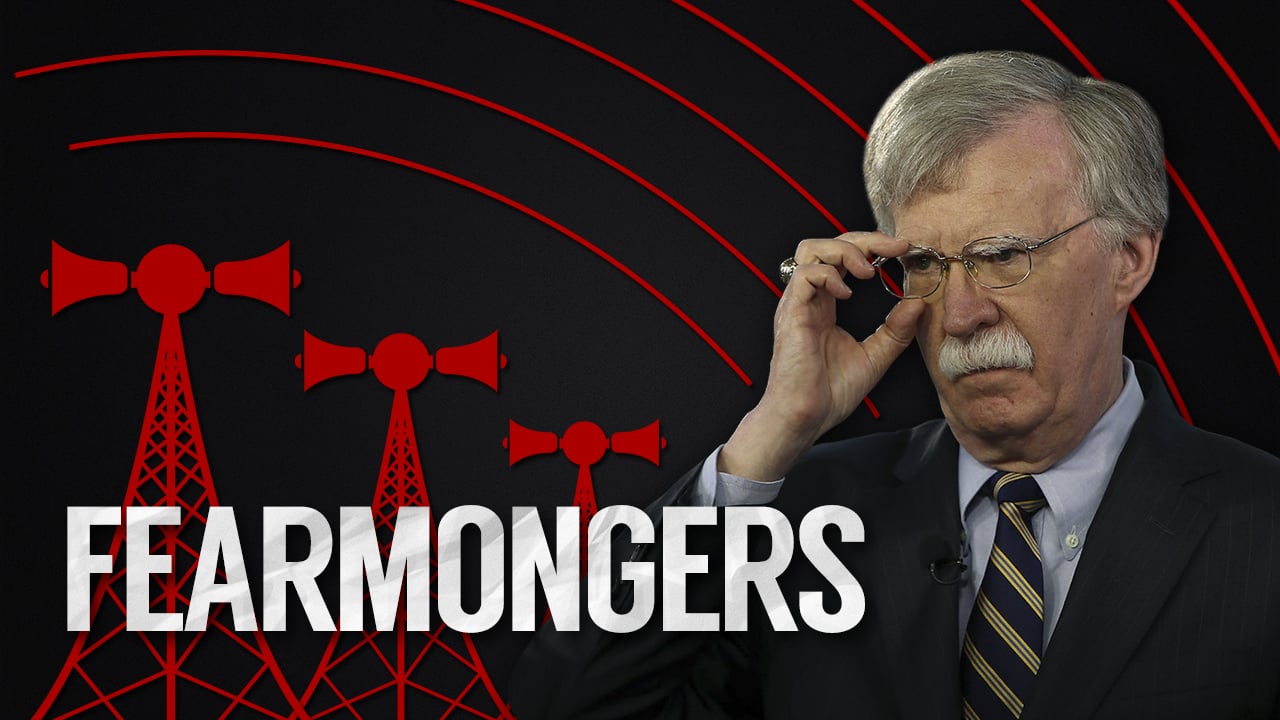 Tensions continue to grow in the Persian Gulf.

In early May, the US deployed the USS Abraham Lincoln strike group as well as the USS Arlington amphibious transport dock, additional marines, amphibious vehicles, rotary aircraft, Patriot missiles and a bomber strike force to the region claiming that this is a needed measure to deter Iran, which allegedly prepares to attack US troops and infrastructure.

On May 21, Acting Defense Secretary Patrick Shanahan claimed that the US had succeeded in putting the potential of Iranian attacks “on hold.” The declared victory over the mythical “Iranian threats” did not stop the US from a further military buildup.

On May 25, President Donald Trump declared that the US is sending 1,500 troops, 12 fighter jets, manned and unmanned surveillance aircraft, and a number of military engineers to counter Iran.

Trump also approved an $8 billion sale of precision guided missiles and other military support to Saudi Arabia, using a legal loophole. The Trump administration declared an emergency to bypass Congress, citing the need to deter what it called “the malign influence” of Iran.

The forces deployment was accompanied with a new round of fear-mongering propaganda.

On May 24, Adm. Michael Gilday, director of the Joint Staff, issued a statement saying that “the leadership of Iran at the highest level” ordered a spate of disruptive attacks including those targeting an Aramco Saudi oil pipeline, pumping facilities, the recent sabotage of four tankers near the Strait of Hormuz, as well as a May 19 lone rocket attack on the area near the US embassy in Baghdad. Besides this, he repeated speculations about “credible reports that Iranian proxy groups intend to attack U.S. personnel in the Middle East”. Nonetheless, Adm. Gilday offered nothing that may look like hard proof to confirm these claims.

On May 28, National Security Adviser John Bolton blamed “naval mines almost certainly from Iran” for the incident with oil tankers off the UAE.

On May 30, Saudi Arabia’s King Salman went on an anti-Iran tirade during an emergency meeting of Arab leaders hosted in Mecca. He described the Islamic Republic as the greatest threat to global security for the past four decades, repeated US-Israeli accusations regarding the alleged Iranian missile and nuclear activities and urged the US-led bloc to use “all means to stop the Iranian regime” from its regional “interference”.

Despite the war-like rhetoric of the US and its allies and the recent deployment of additional forces in the region, Washington seems to be not ready for a direct confrontation with Iran right now. The USS Abraham Lincoln strike group remains outside the Persian Gulf, in the Arabian Sea, demonstrating that the Washington establishment respects the Iranian military capabilities and understands that the US Navy might lose face if the carrier were to make an attempt at demonstrating US naval power too close to Iranian shores.

Iran, in its own turn, stressed that it is not going to step back under these kinds of threats. Iran’s President Hassan Rouhani said that his country would not be coerced into new negotiations under economic sanctions and threat of military action.

“I favor talks and diplomacy but under current conditions, I do not accept it, as today’s situation is not suitable for talks and our choice is resistance only,” Rouhani said.

In the coming months, the US-Iranian confrontation in the diplomatic, economic and military spheres will continue to develop. Threats and aggressive actions towards Iran will not go without response. Nonetheless, it is unlikely that Teheran would move to instigate a hot conflict by its own accord, if no red lines, such as a direct attack on Iranian vital infrastructure or oil shipping lines, are crossed.