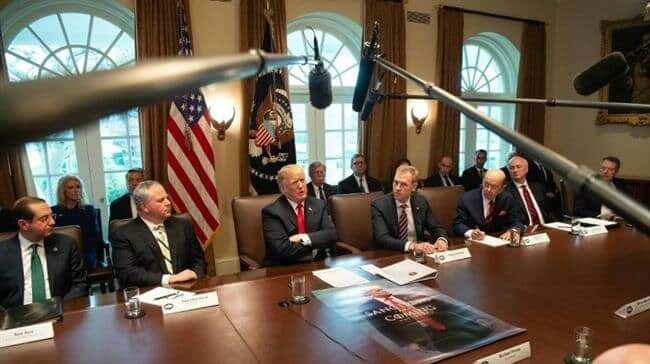 [ Editor’s Note: Most of us have a perspective of Australians being laid back folks, including its government, tucked away as it is in a far away ocean with its hardy, independent people.

But it seems the Aussies are experiencing their own Deep State growing problems via crackdowns on the public’s right to know what its government is doing. In this case, the government is using the national security screen to hide charges of abuse by its troops in Afghanistan.

While obstruction of justice is a widely used term in the US in reference to some of Mr. Trump’s activities, we don’t see it used, as many feel it should be, in these cases of governments cracking down on media.

With independent media pretty much having been crushed via its consolidation worldwide at the hands of Deep State “friends” who offered to be partners with Intelligence agencies in both suppressing real stories and publishing fake ones to “assist” people in having the correct views, we are seeing less and less resistance to this dangerous trend.

This is the type of conduct one would expect after losing a war and being under military occupation, yet we see no resistance to it on the scale that is necessary. These independent media platforms are usually left to fend for themselves.

More coordination and cross support is needed if we all are going to avoid having the boot put on all of our necks. Those who feel they can lay low and never be targeted are dreaming. They will get to everybody sooner or later.

We need to fight back in a coordinated manner while we still have the troops to do so. Thus ends my cheery missive for the day … Jim W. Dean ] 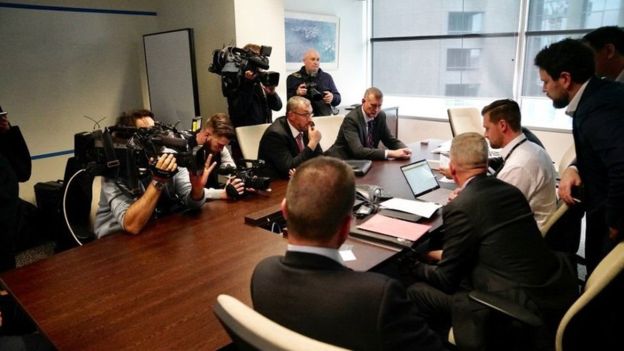 Six officers, including three police technicians, descended on the broadcaster’s Sydney offices with a warrant explaining the raid was “in relation to allegations of publishing classified material, contrary to provisions of the Crimes Act 1914.”

The officers rounded up ABC’s IT staff to assist in examining their email server looking for “a series of key words,” while others scoured a hard drive, according to John Lyons, ABC executive editor and head of investigations department, who live-tweeted the raid.

Officers helpfully told him they were interested in “very specific matters” and “certain things,” dryly noting “this could take some time,” Lyons reported. Four hours into the raid, they had collected over 9,200 files and were deciding which could be seized under the warrant.

“It is highly unusual for the national broadcaster to be raided in this way,” ABC managing director David Anderson told news.com.au, promising to support its journalists, protect its sources, and “continue to report without fear or favor on national security and intelligence issues when there is a clear public interest.”

The federal police released a statement after the raid on Wednesday claiming “no arrests are planned today as a result of this activity” and denying it was connected to an intimidating visit paid to another journalist in Canberra the previous day – though it’s hard not to see a connection, given both were publishing stories on government misconduct based on documents unavailable to the public.

Officers reportedly spent seven hours picking through Smethurst’s possessions; an unauthorized “leak of national security information” was cited as the cause.

That same day, 2GB radio host Ben Fordham said he had been contacted by the Department of Home Affairs in an effort to find out how he’d obtained “highly confidential” information for his reporting on asylum seeker vessels.

Condemning the “disturbing pattern of assaults on Australian press freedom,” the Media, Entertainment and Arts Alliance, Australia’s journalists’ union, called the raids “nothing short of an attack on the public’s right to know.”

The Afghan Files describes a number of incidents in which Australian special forces shot civilians in addition to the insurgents they were supposed to be fighting and reveal Afghan authorities “were becoming increasingly agitated over Australians allegedly killing unarmed civilians” to the point that they “threatened to stop working with Australians.”

PM Scott Morrison has refused to condemn the raids, declaring all Australians must abide by national security laws. He won a “miracle” reelection last month, giving his Liberal National party a third straight term in power. Morrison appears to be using his mandate to crack down on antagonistic journalism, the MEAA noted.

It seems that when the truth embarrasses the government, the result is the Federal Police will come knocking at your door.