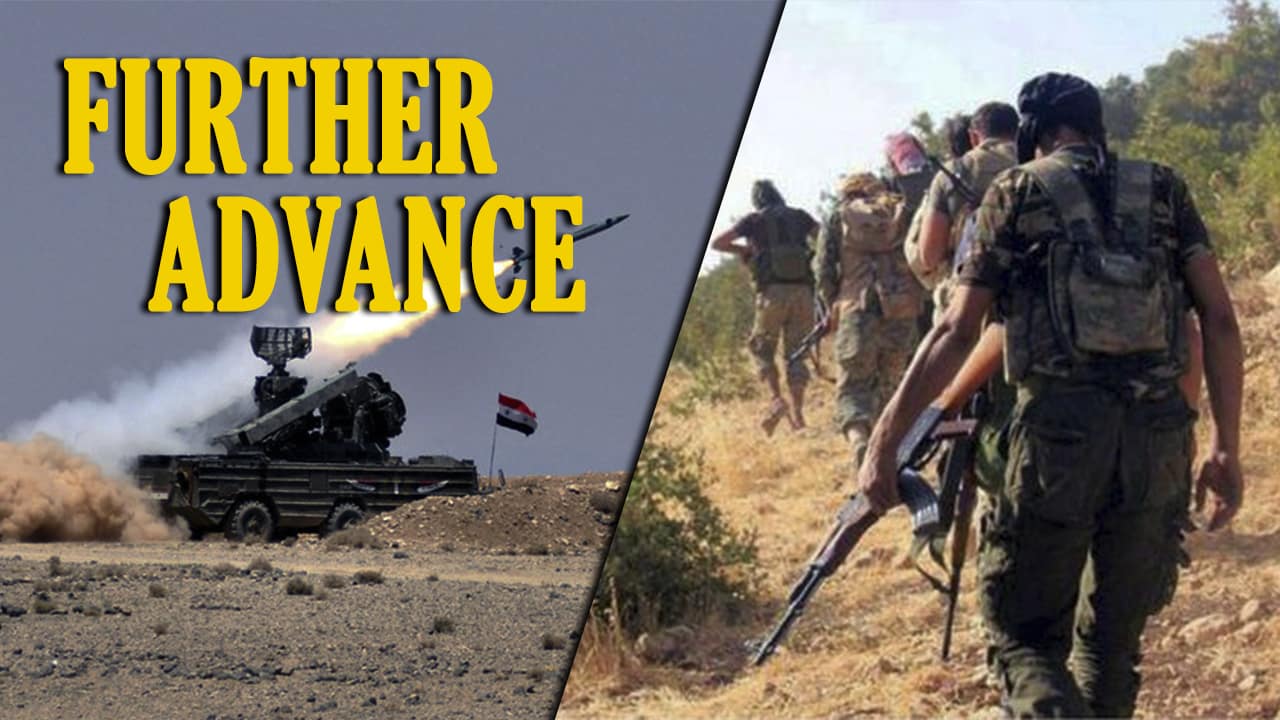 Syrian government forces have resumed their offensive on the positions of Hayat Tahrir al-Sham (formerly Jabhat al-Nusra) and the Turkish-backed Front for National Liberation (NFL).

Over the past two days, units of the Syrian Arab Army and the Tiger Forces have liberated the villages of Qasabiya, Humayrat, Hardanah and Qirutiyah. According to pro-government sources, army troops are now aiming to liberate Meidan Ghazal, Shariya and Deir Sonbol as well as Tal Sakhar, Habit and Abidin.

These settlements are located northwest and east of the town of Kafr Nabudah, a key militant stronghold, which had recently been liberated by the army. The collapse of the militants’ defense there became the main factor allowing government forces to develop their advance.

Multiple Syrian and Russian airstrikes in northern and southern Idlib are being reported by pro-militant sources on a daily basis.

The ongoing army advance was launched on June 3 after a failed attempt to establish a temporary ceasefire in the area last week.

Immediately after the declaration of the ceasefire, units of Hayat Tahrir al-Sham and the NFL stormed army positions in Kafr Nabudah thus showing their commitment to further hostilities. This predetermined the observed scenario.

According to pro-militant sources, at least 4 pieces of military equipment and over a dozen army troops were killed in the recent clashes. In their turn, government-linked media claim that 8 militants and 2 vehicles were eliminated.

On June 4, Israel’s ImageSat Intl. released a satellite image showing the alleged impact of Israel’s June 2 strike on the T4 airbase in Syria.

The Israeli satellite and data analysis company claimed in its report that the strike had targeted “an element or a few” speculating that they may have been some kind of “advanced weapon system element”. Nonetheless, it was not able to provide evidence to confirm these speculations.

Syria and Iran provided no details as to what kind of infrastructure or weapon systems were targeted in the T4 airbase. Nonetheless, it’s an open secret that Iran uses this airbase for UAV operations across the country.