ALEXANDRIA, Va. – A restored Landing Craft, Vehicle, Personnel (LCVP), or “Higgins Boat,” has made a landing at the National Inventors Hall of Fame® (NIHF) Museum for a new,
interactive outdoor exhibit. Invented by 2019 NIHF Inductee Andrew Higgins, the LCVP was most notably used to land American troops on the beaches of Normandy on D-Day and throughout the Pacific theatre.

To commemorate and honor Andrew Higgins’ innovations, the NIHF Museum brought an original Higgins Boat to the museum on April 27 and it’s there now for everyone to see until July 27.

There are fewer than 20 surviving authentic Higgins Boats on display around the world. The NIHF Museum has procured a fully restored Higgins Boat, on loan from D-Day Ohio, and it will be displayed in Dulany Gardens, outside of the United States Patent and Trademark Office (USPTO) headquarters and the NIHF Museum in Alexandria, Virginia, near Washington, D.C. 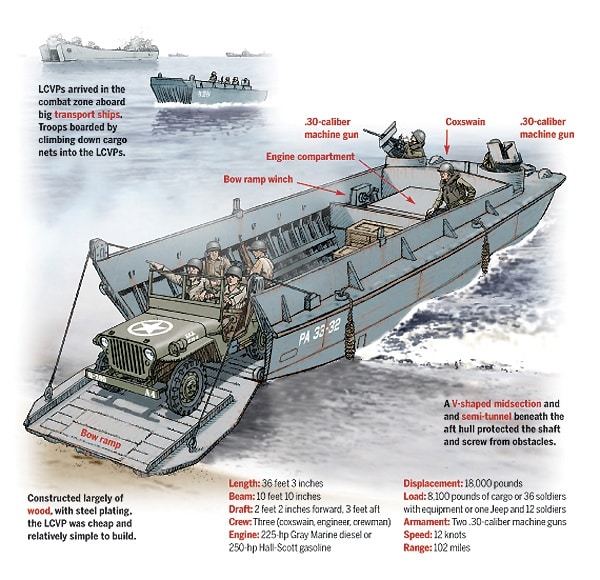 Visitors will be able to climb onto the Higgins Boat — once equipped to carry 36 combat-ready infantry men, a jeep and 12 troops, or 8,100 pounds of cargo, with the ability to float in 3 feet of water.

During the war, Higgins Industries built more than 20,000 landing craft of various designs for the U.S. military. At one point, 92 percent of the U.S. Navy’s watercraft were designed by the company. At 11 feet wide, 36 feet long and made primarily of plywood, the LCVP traveled more than 300 miles to reach the NIHF Museum.

In addition to playing a major role in the D-Day victory, the revolutionary craft was also used in the Mediterranean and across the Pacific, for island hopping through Guadalcanal, Iwo Jima and Okinawa, and it allowed the U.S. Army to cross the Rhine River into Germany in March 1945.

“The National Inventors Hall of Fame honors the innovation game-changes who have transformed our world,” said NIHF CEO Michael J. Oister. “We are proud to honor Andrew Higgins and the impact the LCVP had on World War II during this 75th anniversary of D-Day by displaying an original Higgins Boat outside our museum.” 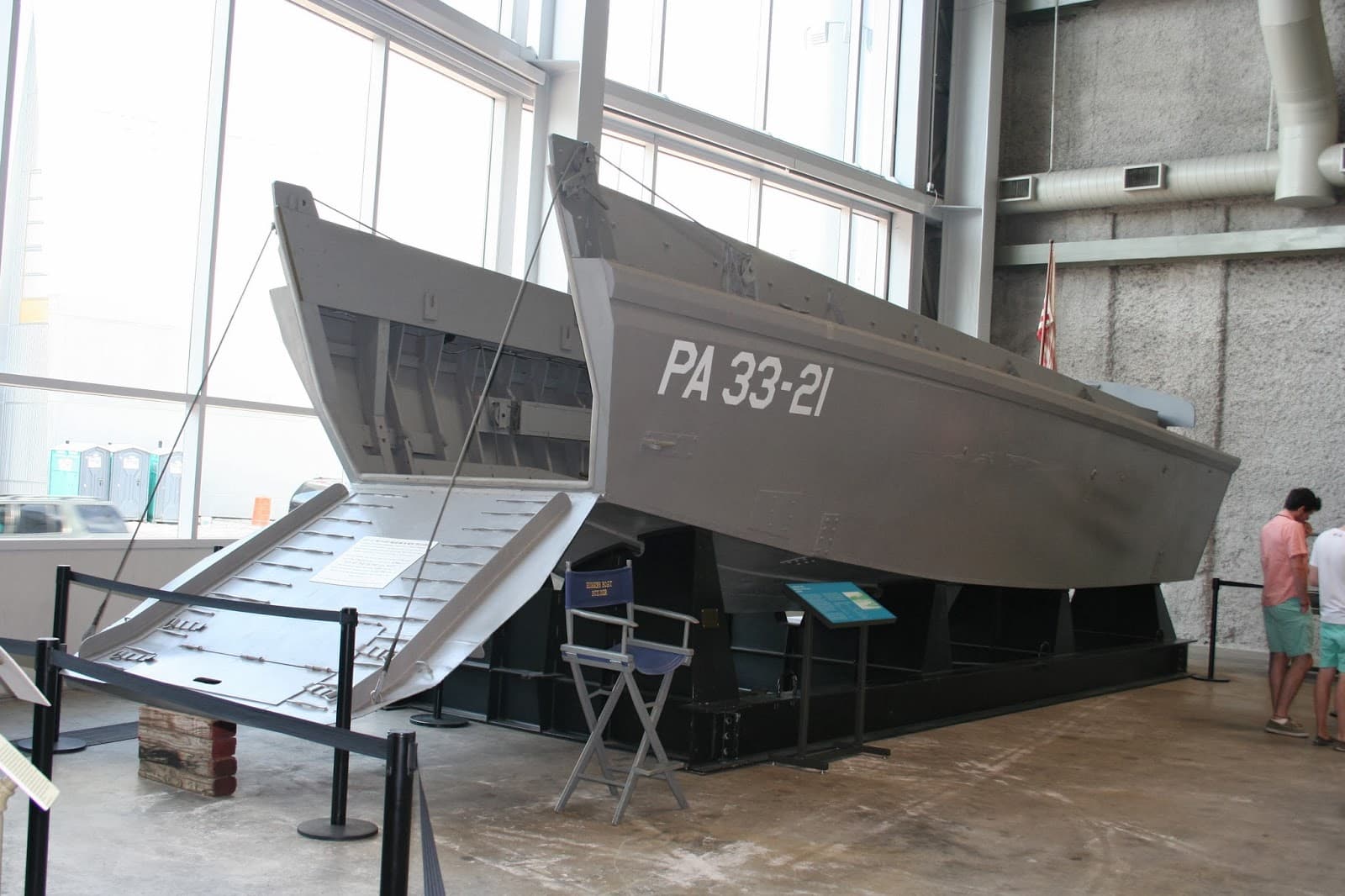 Once visitors stepped inside the Higgins Boat, they can venture to America’s Monument to Innovation® — the NIHF Museum. There, visitors can learn more about Higgins’ impact on the war and the New Orleans community.

Called the “The Man Who Won the War” by President Dwight D. Eisenhower, Higgins employed roughly 25,000 workers at Higgins Industries during the height of the war and owned seven boatyards and factories in the New Orleans area.

Higgins died in 1952, and Higgins Industries closed its doors in 1959, but the legacy of his invention lives on in wartime history.

Visitors can share the experience using #HigginsBoat. The boat will be on display until July 27. Learn more about Higgins and the LCVP at invent.org/museum.

Founded in 1973 in partnership with the United States Patent and Trademark Office, NIHF is committed to not only honoring the individuals whose inventions have made the world a better place, but to ensuring American ingenuity continues to thrive in the hands of coming generations through its national, hands-on educational programming and collegiate competitions focused on the exploration of science, technology, engineering and mathematics.

The National Inventors Hall of Fame Museum is a Smithsonian Affiliate. For more information, visit www.invent.org. To nominate an inventor for Induction, visit invent.org/nominate.