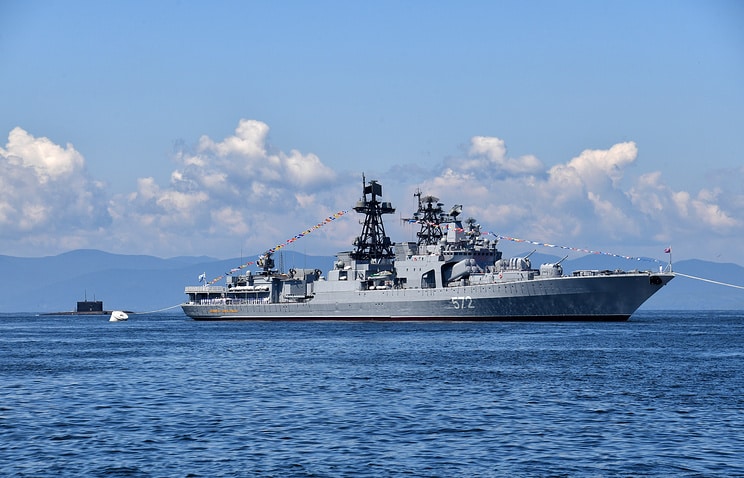 Russia has voiced a protest to the US command after its guided-missile cruiser hindered the passage of the Admiral Vinogradov anti-submarine destroyer some 50 meters in front of it, forcing the vessel to perform a dangerous maneuver, the Pacific Fleet’s press service told reporters on Friday.

The incident occurred at 6.35 a.m. Moscow Time in the southeastern part of the East China Sea, when a task force of the Russian Pacific Fleet and a US carrier strike group were heading in parallel directions. “The US cruiser Chancellorsville suddenly changed its course and crossed the Admiral Vinogradov destroyer’s course some 50 meters away from the ship. In order to prevent a collision, the Admiral Vinogradov’s crew was forced to conduct an emergency maneuver,” the press service said.

The Pacific Fleet voiced a protest to the US vessel’s command, stressing that such steps are unacceptable.

Large anti-submarine ships of Project 1155 are designed to fight adversary nuclear submarines in the ocean zone, ensure the operation of Russian submarines and protect surface warships. The Admiral Vinogradov destroyer and the Chancellorsville cruiser have a full displacement of 7,500 tonnes and 9,800 tonnes, respectively.