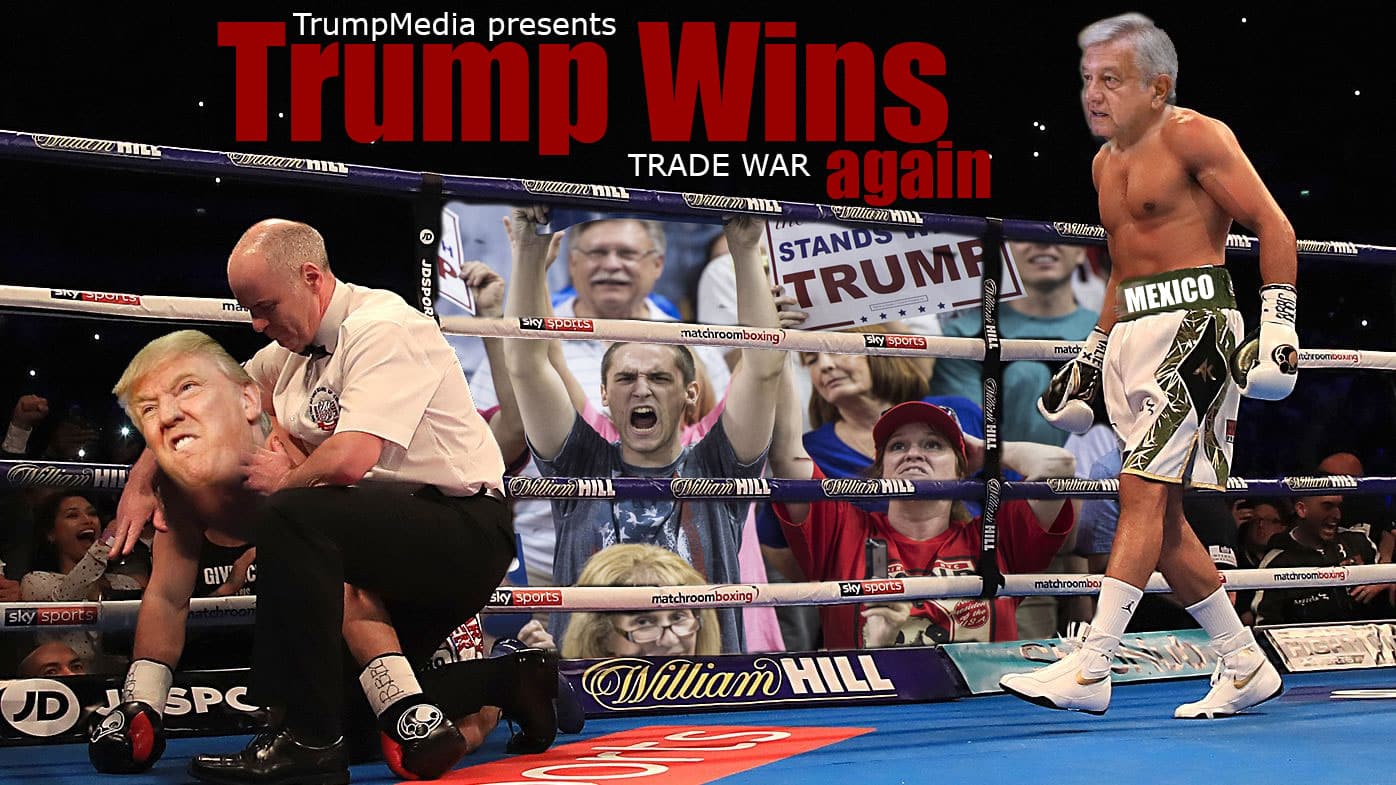 by Johnny Punish, Ringside at the Mexican Border

According to TrumpMedia, The Donald spanked Mexico over his knee this past week in the Tariff Trade War whereby he would begin charging Americans a tariff/tax maxing at 25% on all products coming from Mexico if Mexico did NOT stop Central Americans from leaving their countries and coming to USA.

According to TrumpMedia, Mexico capitulated on every point and then some. His mouthpiece Hannity was ecstatic! His emotions running on an all time high after Trump called him with the great news. He had Trump Wood!

As for the President of his Groupie Fan Club, Miss Laura Ingrahm Cracker, her white ugly got even whiter uglier as she prepared her plantation for the summer ho-down as “illegal Mexicans” tidied her crops screaming “Get back to work you brown trash law breaking beaners” Momma wants some tonight! 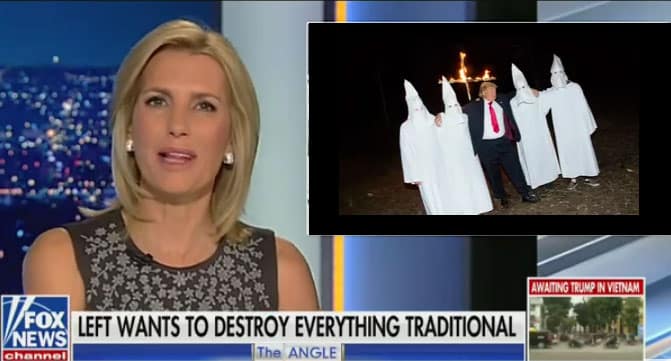 As for the rest of us in the real world, it was a “WTF was that about?”

I mean all Trump got from all of this was Mexico agreeing to what they were already doing.

Heck, the NY Times even reported “Mexico Agreed to Take Border Actions Months Before Trump Announced Tariff Deal”. So the new was NOTHING new. Just the same ole deal with a promise to do more of the same. So what’s going on here?

And even better, Mexico got the USA to support its “Marshall Plan” for Central Mexico; a key initiative called ECLAC (Economic Commission for Latin America and the Caribbean) which addresses the root causes of Central American migration and aims to build up the economies and institutions of the region to insure a long term 21st century success for everyone.  So ssssshhhhh!  Don’t tell the TrumpBots unless you want a collective suicide that rivals the Heavens Gate cult event!

Oh and one more weird thing!

Trump just tweeted that Mexico agreed to buy massive amounts of Farm Products from USA. Really? Where was that in the agreement and what the fu$K does that have to do with Central American migration? Geez us Trump your contempt for your TrumpBots is going off the charts! Awesome Brother! Why don’t you just piss down their backs and tell them it’s raining! They will love you for it!

But Lets get serious…everyone knows Trump always has to claim victory; no matter what! That’s just his M.O. That’s how the Machiavellian Lizard rolls!

Did you know there are rumors he once bet $ 100,000 to win on the New England Patiots vs. The Philadelphia Eagles in Super Bowl LII? Yep, and after the Eagles won he went to his own casino to cash in his ticket. Yep! The casino cash cage was manned by none other than our national flip flopper, then esteemed Senator Lindsay Graham who congratulated him and paid him his winnings in monopoly money! This to which Donald responded “Thanks Asswipe” and then took a dump in a bag and handed it to Lindsay with a note saying “Let’s do this again”. It was epic.. so they say!

Anyways, so what really happened this week?

Well the Trump Party aka the former GOP party pushed back. They hated his gambit. They freaked out. They knew it was going to hurt the US economy and their constituents (aka their corporate donors) so badly that they had no choice but to stop kissing his ass and tell him “hey buddy that’s it… enough is enough”. And so with massive pressure, Trump finally had to pull back and end this thing while Mexico did its cultural dance of “Yes Donald” when they really meant “Donald whatever amigo! Say whatever you want cause we ain’t doing squat more to help you with your re-election campaign. This is ridiculous”. I mean, Mexico is just doing what’s in its best interest. It played the game well while Trump did not. He miscalculated and pulled back; thank the gods cause this was going to be a huge mess.

But wait, there’s more…. the super awesome great news from this ordeal is USA will now support a plan that helps Central America. I mean, that’s the only real solution to migration anyway. We simply cannot have failed states in Central America. It’s just not in our interest or Mexico. So it has to be solved regardless of the Trump TV Show and its need for ratings from the alternate Jerry Springer crowd. So thank you Mexican President Obrador. We agree with you… time to celebrate. 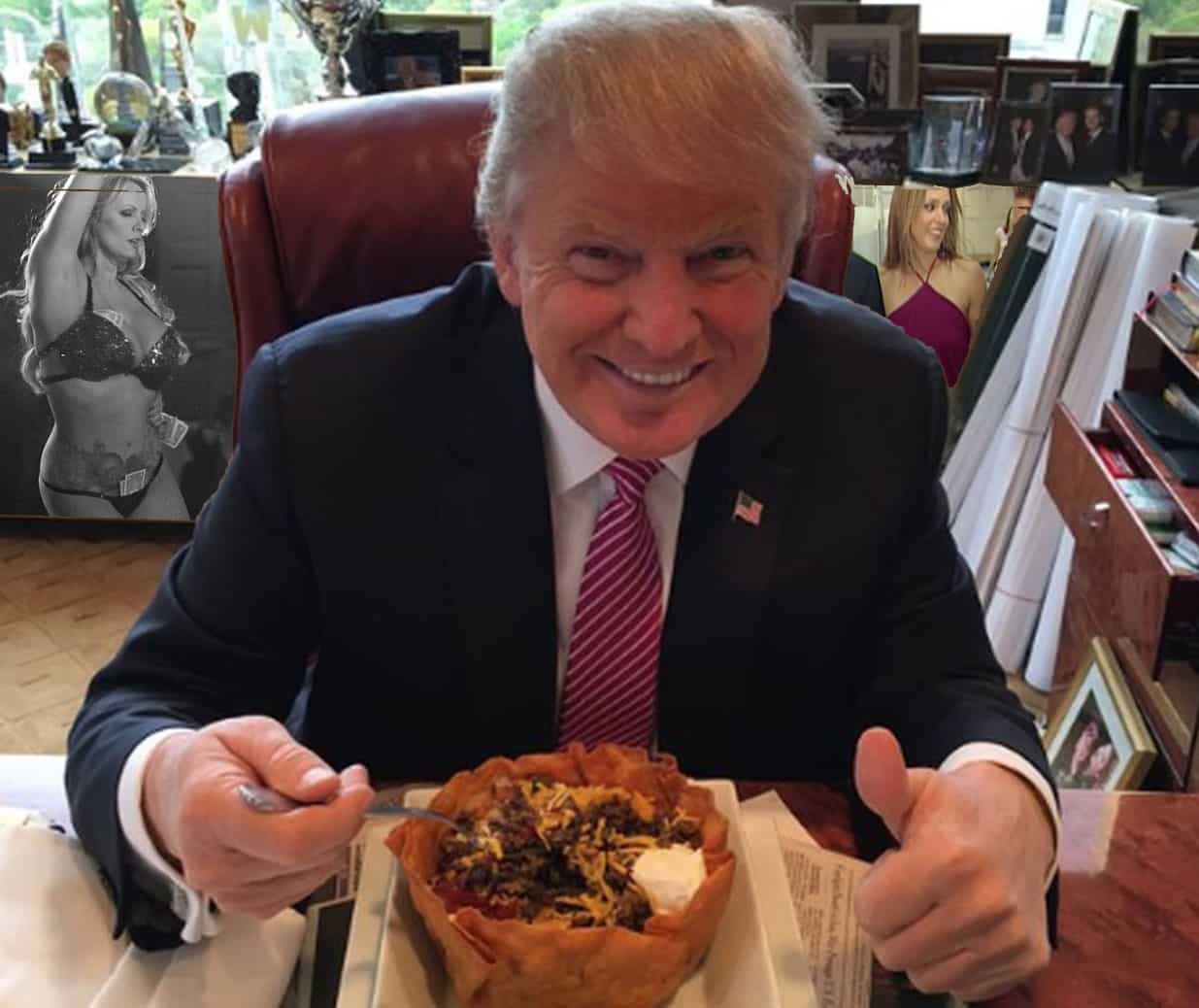 So enjoy your guacamole everyone. It’s a good day. And tomorrow, we all have a ton of work to do.

1. We must really pull up our shirt sleeves and help Central America get up from its economic and social face-plant. No talking! Lets do it. Invest, create jobs, build institutions and help them win back their dignity so their peoples can live without uprooting their lives just to survive. It will stop the migrations and build us new customers!

2. We must responsibly accept that we caused, over decades of our own greed, the crisis of undocumented workers within the USA and give these people work permits, drivers licenses and a serious humane and righteous path to citizenship. Plain and Simple. This is not hard folks. Just drop the racism non-cents and this becomes a practical solution to a terrible problem we caused.

3. We must overhaul our immigration laws to 2020 standards that fit our 21st century. No more going back to the past. Let’s deal with reality that in 20 years or less, the USA will be begging for workers to fill the aging retiring population. Be smart, be real and drop the xenophobic garbage. It’s wasted enough of our time.