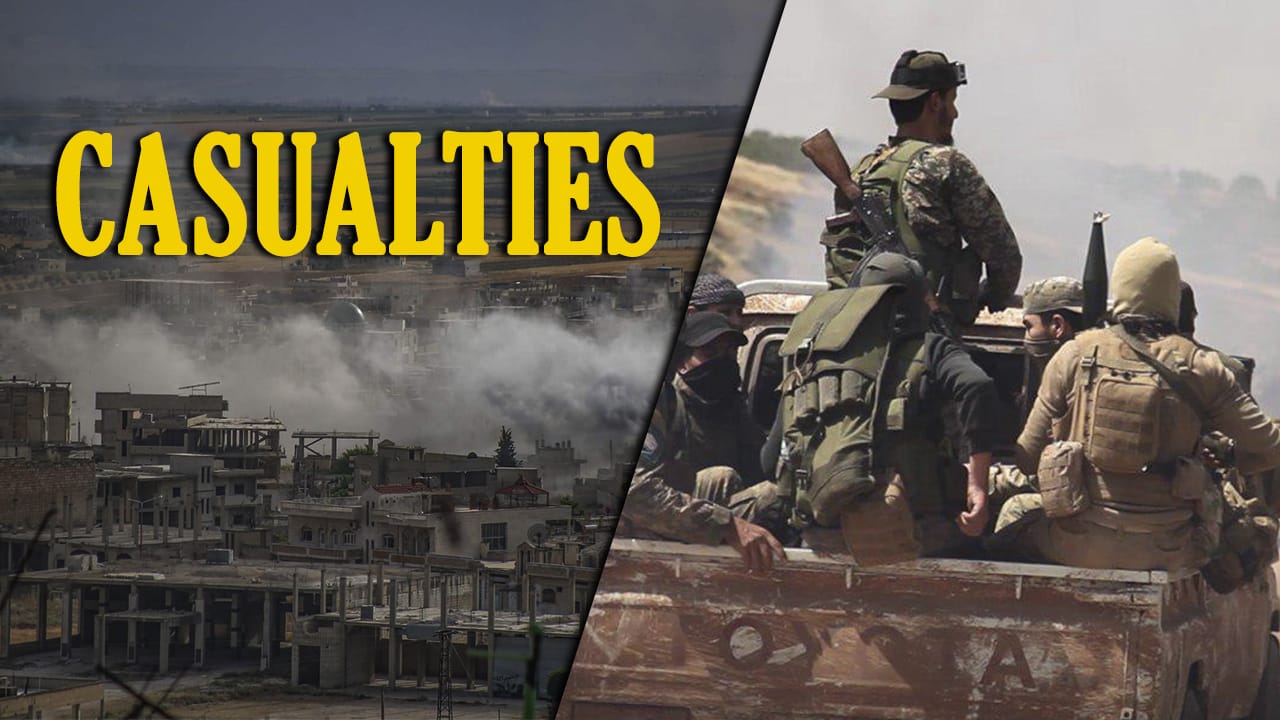 Fierce clashes have been ongoing in northern Hama since June 6 when Hayat Tahrir al-Sham, Jaysh al-Izza, the Turkish-backed National Front for Liberation (NFL) and their allies launched an advance on Syrian Arab Army (SAA) positions there.

Initially, militants seized several positions, including Jibeen and Tal Meleh, but then the SAA re-grouped and launched a counter-attack stopping the further militant advance. According to pro-government sources, the recently deployed reinforcements from the 5th Assault Corps, the 3rd Armoured Division and 7th Armoured Division as well as support of the Syrian Air Force and the Russian Aerospace Forces played a role in this counter-attack.

The pro-opposition Syrian Observatory for Human Rights (SOHR) said that at least 102 militants and 126 pro-government fighters have been killed in the clashes. Both these numbers seem to be overestimated. Nonetheless, if they are even partially true, these are the most intense clashes in the area over the past few months.

On June 9, units of the NFL and the al-Qaeda-affiliated coalition of militant groups, Wa Harid al-Muminin, attacked SAA positions near Turkish border in northern Lattakia. A source in the SAA told SouthFront that the attack, which began in the early hours of the morning, was launched from Turkish territory. The source said that vehicles armed with heavy machine guns supporting the militants were moving on the border line. A salvo of rockets was also launched from the direction of southern Turkey.

Sources close to the NFL and Wa Hariiid al-Muminin claimed that over 50 troops were killed in the attack. Nonetheless, this number remains unconfirmed by any photo or video evidence.

On June 7, a Syrian warplane was hit by a surface-to-air missile over northern Hama. A military source told SouthFront that a Syrian Su-22M4 fighter bomber was hit with a MANPAD, but the damaged jet landed in a unspecified airbase in Homs. The pilot survived.

On June 8, the Hay’at Tahrir al-Sham news network claimed that a L-39 jet of the Syrian Air Force was targeted by a unspecified air-defense weapon while conducting a sortie over Greater Idlib. However, pro-government sources denied these claims.