Home Investigations NEO – YouTube and the War on Truth 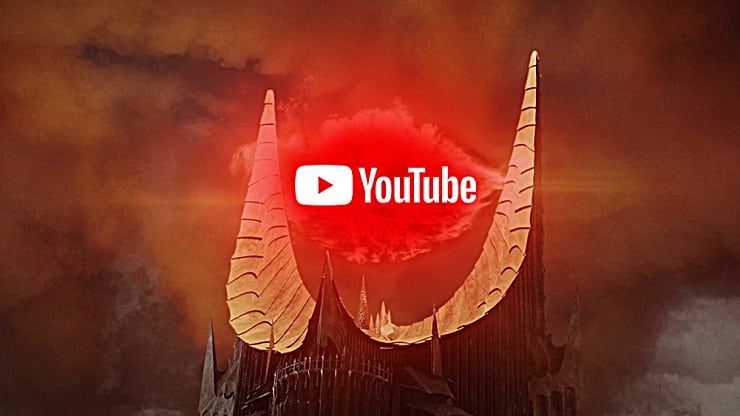 [ Editor’s Note: Gordon lays the hammer down on the long history of the big internet platforms and social media having a close relationship with a number of major intelligence agencies and Deep State actors to prove they are “on the team”.

The new twist in their mass deception of the public is their pretense of being defenders of “the truth”, where they are now going to use that as a cover for clamping down on all views that they and their big friends don’t like.

This tactic, of course, is borrowed the most famous one, where you just label them as an anti-semite and/or Jew-hater, which usually does the trick.

Opposition to this legislatively will be tepid. The money is just too big for those whose political fates often rest on having more campaign money than their opponents.

How bad is this going to get?  Think Gladio with a futuristic high tech twist. Gordon will layout below what no one in mass media has dared to do. Those sworn to protect us, have rolled over on making us aware of this massive threat to our collective security. By not crushing it, they have put their OK stamp on it.

This is a piece that I will ask you to pass along far and wide. Those that don’t know, need to be informed of how bad it is, on the chance that more than a tiny number will want to push back against it.

We try to maintain our hope, as hard as that is, as it is already late in the. But one thing we can do, and do well, is inform the public… Jim W. Dean ]

As of June 2019, YouTube, owned by Google Corporation, with a long history of peddling “big data” to spy agencies and right-wing extremist groups, is going to “clean house.”

Their claim, that they will remove all “hate speech” and unspecified other “objectionable material” is a huge threat against free speech around the world.

You see, Google’s YouTube has actively molded a world of its own, financially partnering with the fake, the inane, the absurd while deeply censoring free speech from day one.

For years, YouTube has run an obscure system of fake volunteers financed by think tanks and spy agencies, hundreds of them housed in special facilities in Haifa, Israel, that bans users whose material reflects badly in Israeli apartheid.

Moreover, YouTube has provided, in partnership with the highly secretive military contracting firms, Idea Groups, and Jigsaw, to give terror groups like al Qaeda and their many “nephews” along with ISIS, “on the fly” covert communications and operational intelligence.

The same “troll rooms” in Haifa that clean free speech from YouTube help secure private posting boards for ISIS and other terror groups who communicate their operational plans using comment boards on videos.

This was the ISIS fallback when their use of Facebook chat was exposed, and the NSA began tracing terror cells through their “Zuckerman channel.”

Our projections show that these groups have been tied to assassinations, literally hundreds of bombings, kidnappings and mass rape, theft of antiquities, massive arms trafficking and, of course, manipulation of the media.

In fact, the Google-Facebook partnership which includes YouTube operates cells on 3 continents with a playbook taken directly from NATO’s failed Gladio operation. For those unaware, Gladio was established by NATO in the late 1970s to train resistance fighters in case of a Soviet invasion of Europe.

Gladio, however, soon became Black September, the Red Brigades and eventually ISIS, according to our sources. For 20 years, Gladio terror attacks, an organization intended to fight the Soviet Union, terrorized Europe. History is now repeating itself, but the scale is a thousand times greater.

Liars Decide What is True

YouTube’s earliest targets are to be BDS, the movement to force governments to use Boycott, Divestment, and Sanctions to enforce UN resolutions involving Palestine.

It is good to note that over 45 % of what is called Israel, without Gaza, Golan or the West Bank, is legally the Palestinian State of Judea and Samara, in accordance with UN resolutions with BDS programs directly in accord with international law as stated in the Fourth Geneva Convention. YouTube has decided to operate outside UN resolutions and to oppose the authority of the International Criminal Court at The Hague and the Geneva Convention.

Naming YouTube-Google-Facebook a “rogue state” is legally supportable. Calling them the Deep State may well be even more accurate.

“YouTube announced plans on Wednesday to remove thousands of videos and channels that advocate neo-Nazism, white supremacy and other bigoted ideologies in an attempt to clean up extremism and hate speech on its popular service.

The new policy will ban “videos alleging that a group is superior in order to justify discrimination, segregation or exclusion,” the company said in a blog post. The prohibition will also cover videos denying that violent events, like the mass shooting at Sandy Hook Elementary School in Connecticut, took place.

YouTube did not name any specific channels or videos that would be banned. But on Wednesday, numerous far-right creators began complaining that their videos had been deleted, or had been stripped of ads, presumably a result of the new policy.

“It’s our responsibility to protect that, and prevent our platform from being used to incite hatred, harassment, discrimination and violence,” the blog post said.”

It is funny that the Times mentions Sandy Hook. A prominent American academic is facing a defamation trial for editing a series of papers by independent journalists who comment on inconsistencies in the official narrative.

Our own investigation of the incident, from counter-terrorism, counter-intelligence standpoint found massive irregularities in the investigation and handling of evidence and, moreover, the fact that funds used to punish or silence members of the independent press, is of mysterious origin.

In fact, so many investigations are botched or rather faked. For some years, I managed security firms that, among other capabilities, investigated critical incidents, including air crashes, mine disasters, and terrorism. Most of our investigators and forensics experts came from the FBI or other agencies.

The mechanism believed to have been employed at Sandy Hook was certainly employed at 9/11, at Khan Sheikhoun in Syria, during the murders of John and Robert Kennedy along with the alleged Skripal poisonings in Britain.

In case after case, as is easy to ascertain, governments are overthrown, bombing attacks ordered, countries invaded, sanctions employed, all based on “findings” from fake investigations of incidents where the real perpetrators are those who benefit, as is always the case, from the mayhem and suffering caused.

Of course now, YouTube has stepped in to remove the offending videos, which include CBS anchor Dan Rather reporting the arrest of Mossad agents with explosives on the George Washington Bridge on 9/11, videos of tactical nuclear weapons used against Yemen or outside Damascus in May 2013 and, most telling of all, the statements of dozens of witnesses describing how the White Helmets stage gas attacks including, in one video, 40 former White Helmets themselves. Are we seeing an agenda here?

This reminds me of a personal experience I had just returned from Nairobi where I was tasked with making recommendations to the Interior Ministry after the infamous shopping mall attack that killed 71 people.

When I got home, a local attorney asked for pro bono aid in investigating a fatal car crash involving two vehicles that hit head on outside Wauseon, Ohio. The police investigation, made entirely on the scene in less than 30 minutes, found a young woman driving one of the vehicles responsible for the homicide.

Our investigation showed that, at the scene, the young woman was refused medical care though in critical condition and was later arrested based on a coerced confession made while she was in a semi-coma in the intensive care unit of a local hospital. She nearly died during the helicopter ride, something worth note.

There was one problem. Both cars were found in the lane where the young woman was driving and the other driver, an older woman, had actually crossed over the line and caused the accident. Review of medical records showed the older woman to have been heavily drugged on Ambien, a hypnotic sedative and a cocktail of opioids and anti-psychotic drugs. She was, medically, a “zombie.”

Worse still, when the “black boxes” were downloaded from each vehicle and uploaded into a “full physics” crash simulator, the animations, which exactly mimic car movements, steering, speed, braking, easily demonstrated that the police had faked the investigation.

A review of the officers involved showed that they had performed hundreds of similar investigations, all with no forensic evidence, all simply fabricated. It isn’t just traffic accidents, criminal investigations of all kinds are much the same, pick a guilty person, engineer fake evidence, and send them to prison.

There’s a pattern here. If an official source comes forward, then we have a whistleblower, a “criminal.” They can’t be believed. In fact, they must be hunted down and imprisoned.

If it is an independent journalist, they are “conspiracy theorists” and YouTube erases their work. If video evidence is so compelling it cannot be ignored, then it is “fostering hate” and is removed.

Being policed by the police is bad enough, being policed by tech companies controlled by extremist political movements, which aptly describes all Google and Facebook functions, redefines tyranny.

Finally, if you see a youtube video that you like and feel it may be banned and removed, you should immediately download it so that the net does not lose it for posterity.  How?  Just use a youtube video downloader online ie… Vidconverter.co.

Biden Covid response – Put the scientists back in charge

Are Israel and Trump behind the assassination of Iranian scientist?

Trump, the War President, Leaves a trail of Dead Civilians in Yemen

Trump Threatens to Shut Down Internet as ‘National Security risk’ over...