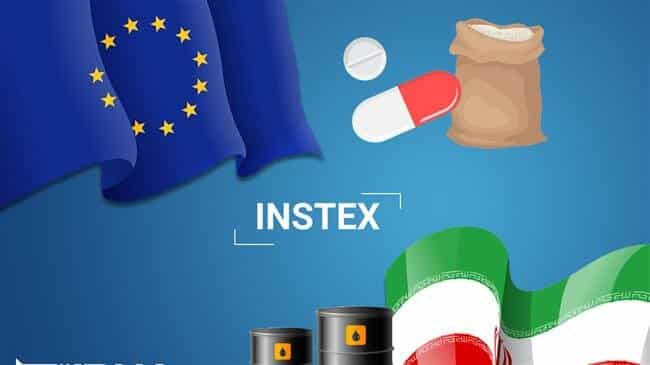 [ Editor’s Note: This is the weirdest of the weird. The EU is proceeding with INSTEX out of one side of its mouth, and then saying from the other “don’t expect any miracles”.

We may have the first diplomatic case of parties to a four-year negotiation saying “don’t expect any miracles”, while claiming they “support” it. This brings diplomatic jingoism to a new level. You just can’t make this sh$t up… Jim W. Dean ] 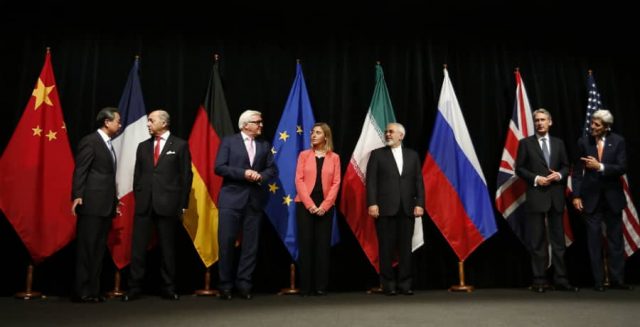 The Trump administration is now weighing sanctions on Iran’s counterpart to the European special-purpose vehicle for humanitarian trade, Bloomberg says.

The financial news provider quoted a senior administration official as saying that the latest measures will target the Special Trade and Finance Institute, which Iran set up to correspond to Europe’s INSTEX in bypassing sanctions.

INSTEX is purported as the European fig leaf to Iran to persuade the country to remain in the 2015 nuclear agreement which the United States unilaterally left last year.

The news came as German Foreign Minister Heiko Maas visited Tehran on Monday to announce that the long-overdue mechanism would be ready soon.

The US government is targeting Iran’s Special Trade and Finance Institute (STFI) on the ground that the country has not implemented global safeguards against money laundering and terrorism financing, Bloomberg cited the unnamed official as saying.

It said punishing STFI could doom INSTEX because it raises the possibility of sanctions risk to anyone who is part of the European mechanism.

The initiative, it said, drives home a letter sent by the US Treasury Department in early May to Per Fischer, the president of INSTEX, arguing that the financial body could face sanctions.

“If they are looking at sanctioning STFI, you’re essentially trying to kill INSTEX through the back door,” said Ellie Geranmayeh, a senior policy fellow at the European Council on Foreign Relations.

The Europeans say INSTEX will support legitimate trade with Iran, applying initially only to non-sanctionable essential goods, such as humanitarian, medical, and farm products.

They have said it will function under the highest international standards with regards to anti-money laundering mechanisms, combating the financing of terrorism as well as EU and UN sanctions compliance.

US authorities are reportedly worried that other nations, including America’s adversaries, could use INSTEX as a model in the future and avoid the US financial system entirely.

“The development of INSTEX is really worrying for US sanction policy in the long run,” Emma Ashford, a research fellow at the Cato Institute in Washington, told Bloomberg. “INSTEX sets up a framework other countries can use in the future.”

According to Suzanne Maloney, deputy director of the foreign policy program at the Brookings Institution, Washington’s bid to crush INSTEX “does call into question what the long-term strategy here is” with the US sanctions.

“If there’s no room for humanitarian aid for Iran, literally no viable mechanisms for facilitating those transactions, then clearly this is purely a punitive strategy and one that is intended to wreak maximum havoc on the Iranian population.”

The trade of humanitarian goods, such as food, medicine and medical devices, is theoretically allowed by the US, but European companies refuse to do business with Iran, fearing secondary American sanctions.

Washington claims the sanctions target the government, but ordinary Iranians are the ones who suffer the most.

US President Donald Trump triumphantly tweeted a photograph of himself in the style of an advertisement for the Game of Thrones fantasy TV series, with the tagline: “Sanctions Are Coming, November 5.”

In an interview with BBC Persian in November, US Secretary of State Mike Pompeo brazenly said Iranian officials must listen to Washington “if they want their people to eat.”

Hawkish US National Security Adviser John Bolton then used vulgar language to stress that his country wanted to “squeeze” Iran. “It is our intention to squeeze them very hard. As the British say: ‘Squeeze them until the pips squeak’.”

For months, European powers have been tinkering with the much-hyped special trade vehicle, raising suspicions in Iran that they might be dragging their feet on operationalizing it in deference to the US government.

“We haven’t put much hope in INSTEX,” Iran’s Foreign Ministry spokesman Abbas Mousavi said on Monday. “If INSTEX was going to help us, it would have done so already.”

A stern-faced Iranian Foreign Minister also warned the US that it “cannot expect to stay safe” after launching an economic war against Tehran.

“Mr. Trump himself has announced that the US has launched an economic war against Iran,” Zarif said during a joint news conference with Maas. “The only solution for reducing tensions in this region is stopping that economic war.”