Home Government Is Beijing 30 year plan to beat US weaponry a fantasy? 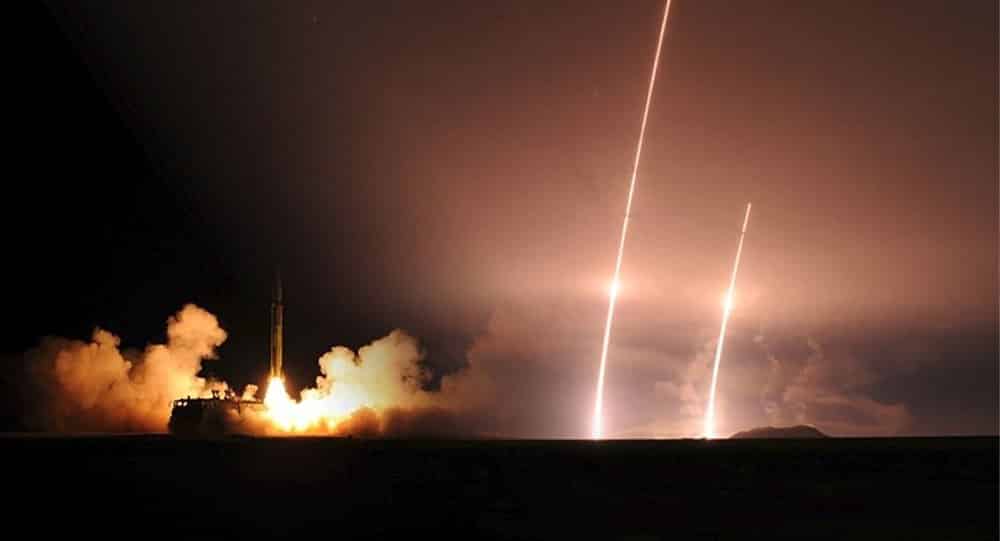 [ Editor’s Note: Dear China, with all the craziness going on now, it may all be over by 2049. Mutually assured destruction worked during the Cold War, but I am not so sure it will this time around.

Artificial Intelligence is the wild card, something that could give one actor the idea that a first strike could be successful using that tool and put them on top with no peers left.

But with the world so interdependent and many economies maintained only via massive debt loads, the world is a house of cards, waiting to fall if one big mistake happens.

The Chinese strategy aired below is for show. It reveals none of the futuristic weapons that Russia already has. The plan is to keep the US Navy as far away from mainland China as possible.

This makes perfect sense, in that the US fleets can carry a lot of medium-range nuclear missiles, which can be first-strike weapons themselves. The closer they are to their intended targets, the bigger threat they present.

China has no forward, big-water threat deployment capability. In the event of a devastating US initial attack, it would have no option but to unleash its nuclear retaliatory strike. We don’t hear anything about China’s missile defenses.

As I have mentioned a number of times in previous editor’s notes, electronic warfare could determine who would win the next war. The USS Donald Cook got a taste of it when a Russian plane shut done its electronics, which allowed the unarmed plane to make a number of bombing runs on the ship, just to make a point.

I am not a fan of Donald Rumsfeld, but I do admire greatly one of his best lines about the pressures of military and strategic command, “You don’t know what you don’t know”, and that is what can keep you up late at night worrying… Jim W. Dean ] 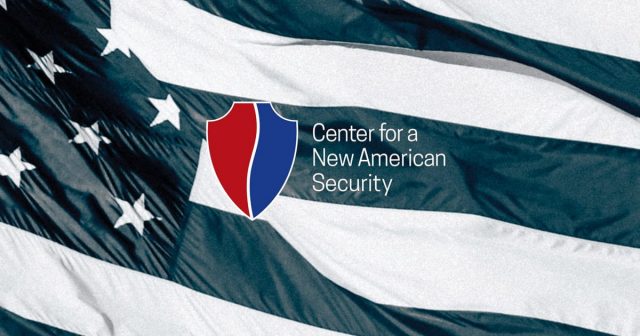 A new report by a Washington think tank warns it is “long past time” the Pentagon took the Chinese military-technological drive seriously, as Beijing has a plan to technically outpace the US military by 2049 and develop the ability to wage war on its own terms.

According to a new report published Thursday by the Center for a New American Security, China has been working on a comprehensive three-tiered plan to catch up to, match, and exceed the US military’s capabilities by 2049.

The timeline corresponds to goals set by Chinese President Xi Jinping in 2017, including for China to become a “moderately prosperous society” by 2020 and a “fully developed nation” and “a global leader in terms of comprehensive national power and international influence” by 2049, the centenary of the foundation of the People’s Republic of China.

In the report, authors Robert Work and co-author Greg Grant argue, “It is long past time for the Department of Defense to… develop the operational concepts, systems and platforms to allow the joint force to prevail against concerted Chinese attempts to deconstruct and destroy US operational battle networks.”

According to the authors, as the post-Cold War era was inaugurated by Washington’s 42-day bombing campaign against Iraq in Operation Desert Storm, the Chinese were taking careful notes. Realizing that with the Soviet Union gone, China would now become the United States’ primary rival, Chinese strategists began to plan for how they would fight a war against a technologically superior foe.

“A key lesson China took from the 1991 Desert Storm campaign was to strike hard and fast during war’s earliest stages, as initiative once lost would be all but impossible to regain against an opponent capable of 24-hour, all-weather guided-munitions bombardment,”  the authors noted in their report.

Then-Chinese President Jiang Zemin directed PLA strategists to prepare to fight “local wars under high technology conditions,” but also to come up with a plan for one day standing toe-to-toe with the American military.

The report notes that between 1996 and 2015, Chinese defense spending grew an astounding 620% in real terms — or about 11% per year, according to a 2015 RAND study cited in Thursday’s report.

For now, China remains in the first stage of this tripartite plan, but it is rapidly closing in on phase two, Work and Grant warn, when it will develop “deep and multidirectional strike capabilities” comparable to the US military, and be able to wage a war on equal terms that will keep the US out of the East Asian littoral region, which Beijing defines as west of the First Island Chain.

Sputnik has reported on the great amount of attention paid to the PLA’s Rocket Force (PLARF), which has maximised the cost effectiveness of medium-, intermediate- and long-range missiles as an effective deterrent to US Navy vessels that might attempt to operate in the South China or East China seas in the event of a war between the two global powers.

One former PLA colonel recently confided to Reuters that “US missiles are superior to ours in terms of quality and quantity.” However, with missiles that cost 10,000 times less than an aircraft carrier, the PLARF’s ability to swarm US Navy ships with more projectiles than their defenses can handle remains a cost-effective way to keep the more advanced force at bay.

“We cannot defeat the United States at sea,” the retired colonel said. “But we have missiles that specifically target aircraft carriers to stop them from approaching our territorial waters if there were conflict.”

Phase three of the plan would be achieved once China stands head-and-shoulders above the US military technologically, and can push US forces out of the Second Island Chain, which extends south from Japan south through the Bonin and Marianas Islands.

So what does technological superiority look like? According to the authors, China hopes to develop the capabilities and concepts to conduct ‘systems destruction warfare’ — the crippling of the US battle network’s command, control, communication and intelligence systems.

That includes an arsenal of long-range precision missiles with advanced targeting systems capable of penetrating US defense networks in the opening shots of the conflict; “Assassin’s Mace” capabilities or “black capabilities” as-yet unknown to the Pentagon that will be unveiled as a surprise silver bullet in the event of a conflict; and becoming a world leader in artificial intelligence.

Last August, Sputnik reported how the burgeoning trade war between the US and China is aimed at slowing down the latter’s technological advancement, especially in the areas of cyberwarfare and AI.

US President Donald Trump’s Space Force, while facing resistance by other branches at the Pentagon, is also aimed at sparking a new “space race” to catapult US technological development forward, similar to the effect competition with the Soviets on space missions had in the 1950s and 1960s.

“Make no mistake about it that we are — we are totally at war with China right now,” Sputnik quoted Jim Phillips, CEO and chair of the nanotechnology firm NanoMech, as saying in July 2018. “It’s not a war of bombs. It’s a war of cyberwarfare, and it’s also a war of GDP and jobs. And the one that has the most GDP and the jobs is going to be the clear winner.”

In February, Trump signed an executive order directing US agencies to draw up a plan for “maintaining American leadership in AI” in the face of foreign competition — a measure almost universally understood to be aimed at China.

Beijing has pushed back against this effort by providing tech companies, especially those specializing in AI, with state subsidies and tax write-offs, to offset the effects of US tariffs on Chinese imports and the sanctioning of Shenzhen-based tech giant Huawei by the US Department of Commerce.

In July 2017, China’s State Council laid out the New Generation AI Development Plan, a roadmap to becoming a world leader in AI by 2030, and set aside 400 billion yuan ($59.07 billion) to develop the core of its AI industry by 2025. However, the South China Morning Post noted that could snowball to as much as 5 trillion yuan, when satellite industries are taken in to account.