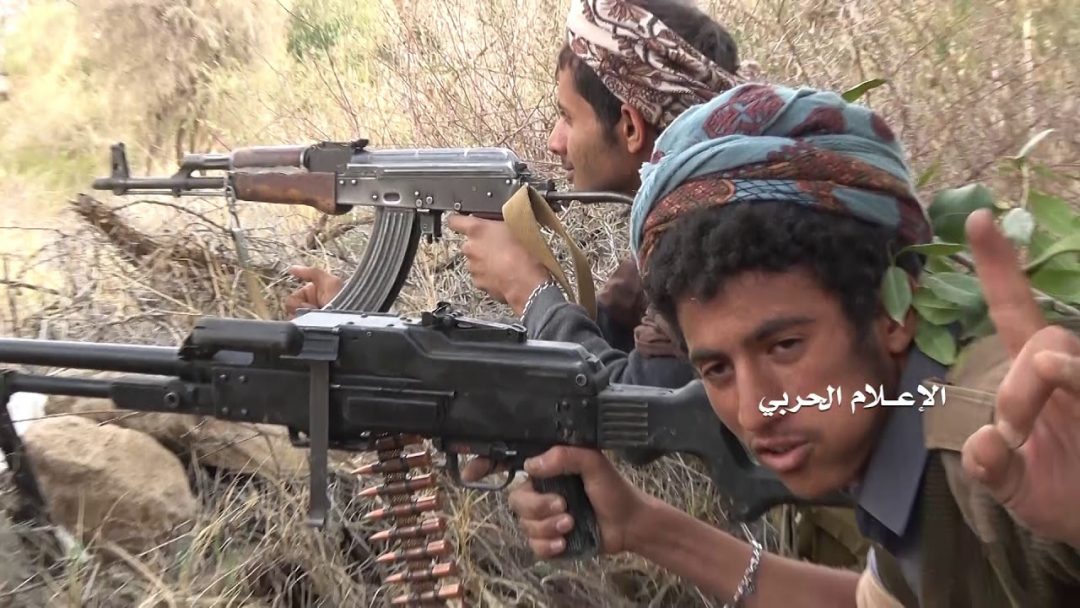 Houthis are clashing with Saudi-backed forces in Yemen

[ Editor’s Note: These are classic light infantry videos below giving you a down the barrel view of Saudi mercs on the receiving end of tough Yemeni troops engaging them in ambushes and attacking their fortified positions.

The only Yemeni vehicles we see are the occasional 20mm technicals. The Houthi troops travel without even water from what I can see on their personal equipment.

And from the fire power they are putting on the Saudi positions they are attacking they are not lacking in ammo, as their main battle tactic seems to just blast away at the enemy and force them to retreat.

I have never seen a video of a live mercenary captive. But then I have never heard of the Saudis doing a prisoner exchange either. Also watch how when the mercs are attacked you see almost no return fire.

No one seems to be in command nor knows what to do, with obviously no training on what to do. They appear to just be cheap cannon fodder the Saudis are trying to use in a war of attrition.

God only knows how long with will go on, but I suspect that these Houthis will fight till hell freezes over…Jim W. Dean ]

The media wing of the Houthis (also known as Ansar Allah) has released a series of videos showing the recent clashes between the Yemeni resistance forces and troops loyal to the Saudi-led coalition.

There are some dead people in this next one, but fuzzed out to not be inappropriate.