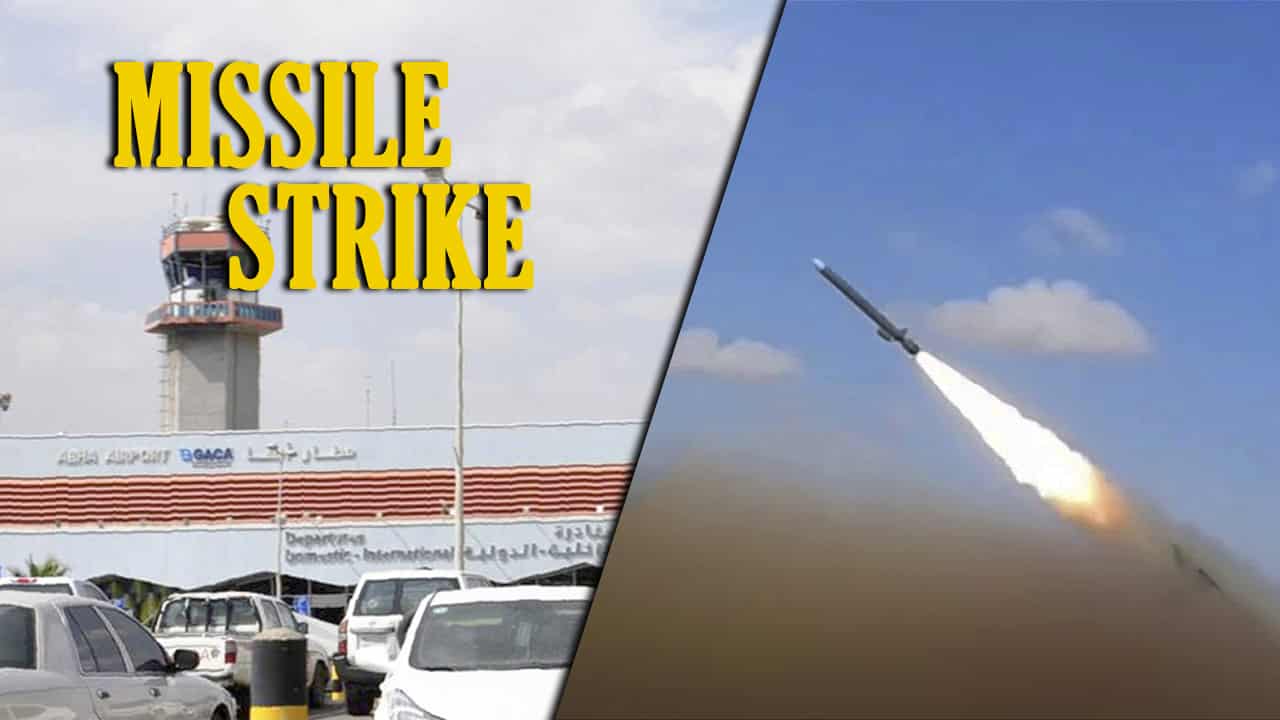 On June 12, the Ansar Allah movement (also known as the Houthis) launched a cruise missile at Abha International Airport in southern Saudi Arabia. The movement said that the missile had successfully hit the airport, which has a large military part to it.

Brig. Gen. Yahya Sari, a spokesman for the pro-Ansar Allah part of the Yemeni Armed Forces, said that “advanced U.S. air-defense systems” deployed inside the airport were not able to intercept the missile.

In their turn, the Saudi side said that the missile had hit the arrival hall in the airport injuring 26 civilians, including three women and two children. Most of the injured civilians were treated on the spot. Eight were transported to nearby hospitals.

A spokesman for the Saudi-led coalition, Col. Turki al-Malki, called the Yemeni movement a terrorist group and described the attack as a war crime.

Later, Ansar Allah’s TV channel AlMasirah released an infographic claiming that the launched missile has a maximum range of 2,500 km. the warhead a weight of 450kg and uses GPS guidance.

According to experts, the used missile may have in fact been an Iranian Soumar cruise missile assembled from parts in Yemen. The Soumar is a developed on the basis of the Soviet-designed Kh-55 subsonic air-launched cruise missile. Iran obtained the Kh-55 from Ukraine in the 2000s.

Ansar Allah has a track record of using precision-guided weapons. In 2017, they launched what is suspected to be an Iranian Soumar cruise missile at the Barakah nuclear power plant in the UAE.

The June 12 strike is not unexpected. Yemeni forces resisting the Saudi-led invasion have repeatedly warned Saudi Arabia and the UAE they are ready to retaliate by targeting vital infrastructure of these two countries.

On March 16, Brig. Gen. Yahya Sari said that “legitimate targets” for missile and drone strikes extend to Riyadh and Abu Dhabi. On May 14, a drone strike by Ansar Allah forced Saudi Arabia to halt temporarily the pumping on its 1,200km-long East-West pipeline.

Nonetheless, Saudi Arabia and its allies seem to be unwilling to halt their military invasion in Yemen, launched in 2015, and move towards a political solution with Ansar Allah, which controls key parts of the country, including the capital of Sanaa and the port of al-Hudaydah. The main reason being that any kind of such solution is seen by the Saudi leadership as an acceptance of the failure of its costly foreign policy in the region.

At the same time, Saudi Arabia and the US position the developing conflict in Yemen as a part of their campaign against Iran describing Ansar Allah is as an Iranian proxy. So, June 12-like developments may well lead to further attempts by the US and its allies to increase pressure on Iran.