What is the purpose of recent attacks on oil tankers and installations around the Persian Gulf? The obvious answer: They are false flags by the Axis of Aggression (Israel-Saudis-Pompeo/Bolton) designed to ramp up tension in service to neocon war plans against Iran. But sometimes provocations also serve another purpose: stealing the headlines and changing the conversation. Below is an intriguing analysis by one of Iran’s most influential intellectuals, Nader Talebzadeh.

Since 1979 Iran has been led by men of high intellectual and spiritual caliber…men whose word actually means something. Can the same be said of the US?

Details of a Meeting: Censorship in History

The meeting between the Leader of the Islamic Republic and the prime minister of Japan on June 13, 2019 was doubly significant. First it broke the traditional censorship on what the Leader has been saying for over three decades. The prime minister obviously was carrying a message from the US president and it had to be heard by the Leader. Here the voice and the answer were much different than what the Iranian president or foreign minister would say and much more dynamic. It would also come as a wakeup call to the US president who would normally remain uninformed about the undercurrents of almost everything, domestic or foreign related. Second, the message itself, that President Trump could not be trusted, period.

The written letter was not received but an oral presentation was submitted by the prime minister. The message was briefly put. Why should the Iranians trust a man who had defied an already clear agreement that was laboriously reached after five years? The sequence was carefully recorded and edited, yet most world journalists did not see it. This was due to the long standing tradition of censoring whatever he says, going back to thirty two years ago when he was President and appeared at the UN General Assembly. 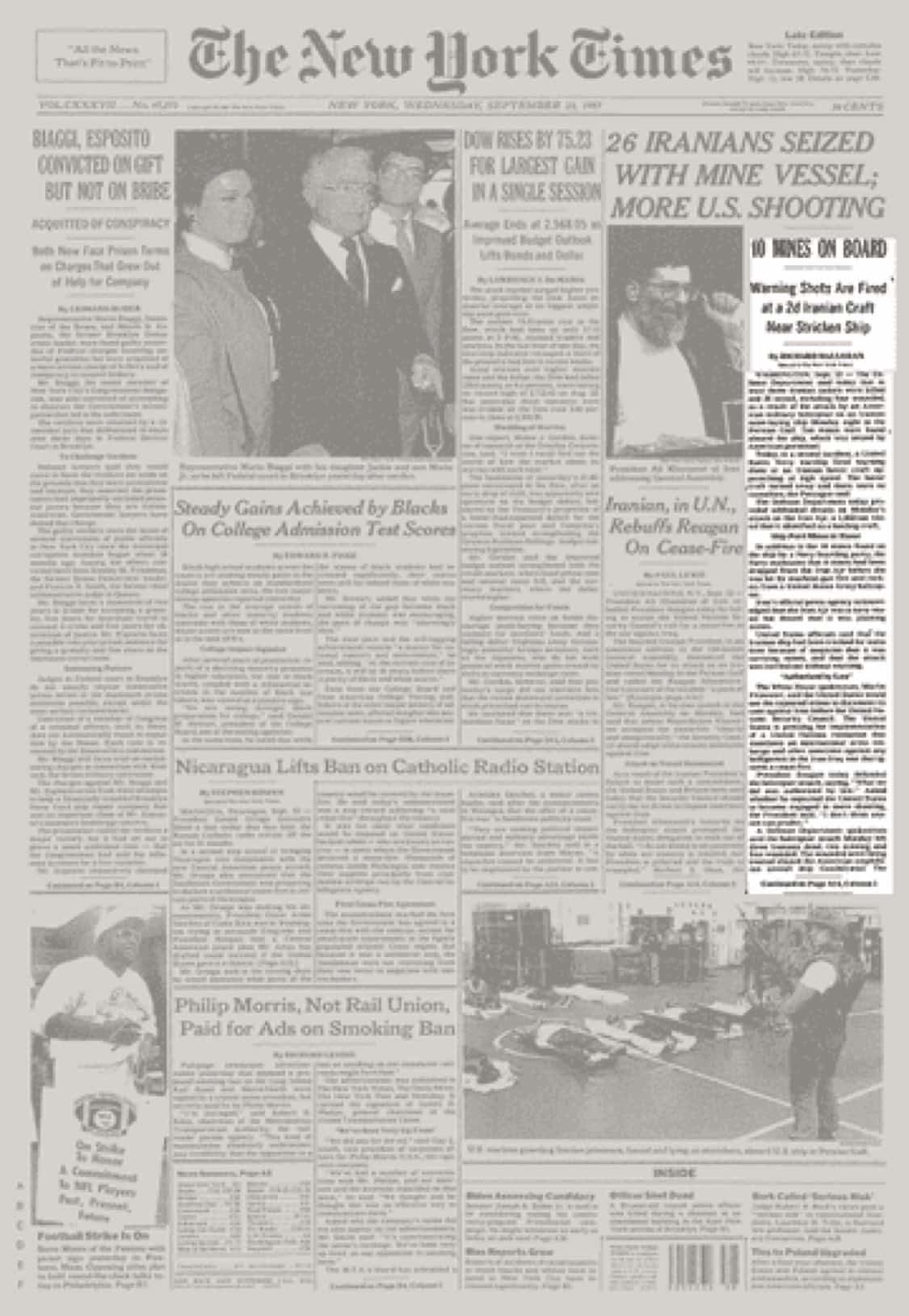 It is an interesting anecdote that I haven’t seen anyone notice. On September 23, 1987 the New York Times announced how an Iranian ship was caught red handed laying mines in the western waters of the Persian Gulf. It was attacked, three Iranian sailors were killed and over twenty captured. Iran denied wrongdoing since it was in war with Saddam and asked what Americans were doing there in the first place? But the juicy dramatic point was: why was the American attack helicopter, which according to the US Navy had been tracking the Iranian boat for quite a long time, attacking at exactly the same time as Ayatollah Khamenei was about to make a speech at the UN general assembly? This was at the peak of the war with Saddam that the US fully supported. The Iranian president was going to speak on why the Americans were so adamant in supporting such a cannibal.

The speech at the UN was completely overshadowed. Ayatollah Khamenei was not heard. The story of Iran’s grand crime of protecting its waters against foreign invasion totally eclipsed the UN speech. “Caught Red Handed” was the headline of every media in the US. The synchronization of the attack and the speech is the point here.

This scenario repeated itself again two days ago when the Japanese President came to visit the Iranian Leader. As the talks were going on two Iranian oil carrying ships were mysteriously attacked and the world media focused on just that. None of the details of the meeting were elaborated upon. A cover up had camouflaged the real story which was the Leader’s response to Trump.

Similar episodes of censorship against him have repeatedly occurred in other instances which I will skip for now. But the point is clear.

Columbia University-trained filmmaker Nader Talebzadeh is Iran’s pre-eminent television talk show host. He isn’t really comparable with anything or anyone on American television. But you might say that his work is serious and sophisticated like Bill Moyers, yet reaches a bigger audience (proportional to the population) than Johnny Carson in his heyday. The fact that Nader’s show is watched by many millions speaks well of Iran’s level of education and culture.

I have gotten to know Nader during my four trips to Iran, including the one last week for the Palestine Conference, and have appeared on his show many times. (Unlike Bill Moyers, Nader is unafraid of such controversial issues as 9/11 truth, false flags, political assassinations, and other matters pertaining to the Deep State.) Nader has lived extensively both in the US and Iran, and understands both societies, and their overlapping histories, well. If any US president were to ever decide to atone for past crimes and heal the American-Iranian relationship, the first person to consult would be Nader Talebzadeh.    –Kevin Barrett, VT Editor