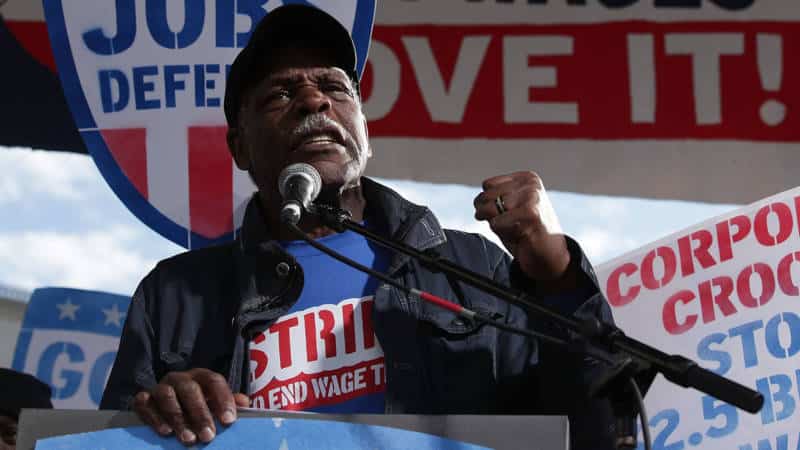 
Actor Danny Glover and writer Ta-Nehisi Coates are marching to Capitol Hill. Why? They plan to make a case for slavery reparations before The House Judiciary Subcommittee on the Constitution. Coates attempted to persuade readers back in 2014 in an article in the Atlantic that slavery reparations ought to be set in stone. But in order to make his point, Coates had to dismiss the entire history of slavery itself. A little historical background is needed here.

It must be emphasized here that the subject of slavery is a complex issue and cannot be treated lightly. Slavery is an issue that continues to impact cultural attitudes in modern America. Despite the fact that it existed for millennia and has been abolished in the United States for arguably over a century, popular opinion lays the blame for black slavery at the feet of Western civilization, with little effort devoted to proving this theory with historical documentation. However, the truth of the matter is far different.

Coates will never discuss the fact that the international slave trade was maintained largely through the efforts of Jewish businessmen, aided by African tribal leaders. Yet, despite the clear historical evidence, popular opinion today supports the belief that the blame for slavery lies fully on the shoulders of Europeans. This is not true. A careful study of the ideological foundations of Rabbinic Judaism and African tribes shows that neither could have ignited the abolition of the slave trade. Why? Because both Talmudic Jews and African traders viewed human beings and ethnic groups in a way that was incompatible with the moral order.

Once again, a major factor in the continuance of the slave trade, from Roman times to the Civil War, was the involvement of Jewish businessmen. This is not an assertion I make lightly or without proof. In fact, I have addressed these issues at length elsewhere. Even Jewish writer Chaim Bermant declares that

“it was the London Rothschilds who found the [20 million pounds] to compensate slave owners after the abolition of slavery in the British Empire in 1833. In 1854 a [16 million pound] loan to finance the Crimean War was launched through the House of Rothschild, and in 1871 they raised [100 million pounds] to help France pay her war indemnity to Prussia.”[1]

Moreover, it is well established by the historical data that Jews played a significant role in the slave trade in the ancient Roman world,[2] and this painful chapter in human history has been acknowledged even by those who try to minimize the role Jews played in both ancient and modern slavery.[3]

Historian Jonathan Schorsch declares that many scholars try to dismiss or minimize this fact, but the evidence is quite clear. Schorsch himself maintains that the Jewish participation was at a minimal level.[4]

In the sixth century, Italy, the slave trade was quite profitable, and once again it was not without Jewish profiteers; in Spain for example, Jews more often than not garnered their wealth through the slave trade.[5]

Heinrich Graetz, arguably the father of modern Jewish historiography, writes that a sizeable portion of the Jews’ wealth around the 900s came from the transportation of slaves.[6] Graetz notes that even in the 700s, the Jews turned their attention to the slave trade.[7]

Historian Israel Abrahams agreed with Graetz on these accounts,[8] and historian Roberta Strauss Feuerlicht likewise concurred with these assessments.[9] Nineteenth century historian Henry Hart Milman notes that “We have ample evidence that one great branch of commerce fell almost entirely into the hands of the Jews—the international slave-trade.”[10]

Historian James. A. Huie declared exactly the same thing.[11] That pattern continued even during first crusade, when the slave trade became an occupation for some Jews.[12] Solomon Grayzel tells us that in the Middle Ages,

“Jews were among the most important slave-dealers” to bring slaves from other places and sell them “to Christian and Mohammedan masters.”[13]

Even during the Ottoman Empire, Jews “took an active part” in the slave trade, owning Muslim slaves.[14]

Raphael goes so far as to say that “in all the American colonies, whether French (Martinique), British, or Dutch, Jewish merchants frequently dominated.”[17]

In a similar vein, Jewish historian Arnold Wiznitzer declares that by the middle of the seventeenth century in Brazil Jews “dominated the slave trade.”[18] They dominated the trade because Jews were always in the minority, and Jewish slave traders were “entirely out of proportion to their numbers.”[19]

In general, slavery was not an institution that was foreign to other parts of the world or other eras; it is a human failing, not a Western one.

Yet Western civilization has taken an unfortunate hit by intellectuals who not only focus solely on the slavery perpetuated by Western civilization, but who argue that America in particular needs to pay reparations. Now here are my simple questions to people like Ta-Nehisi Coates: Why can’t they really address the real history of slavery? Will they ever have the intellectual courage to say that the slavery business was largely Jewish in its orientation? If they cannot say that, then we certainly know who their masters are.