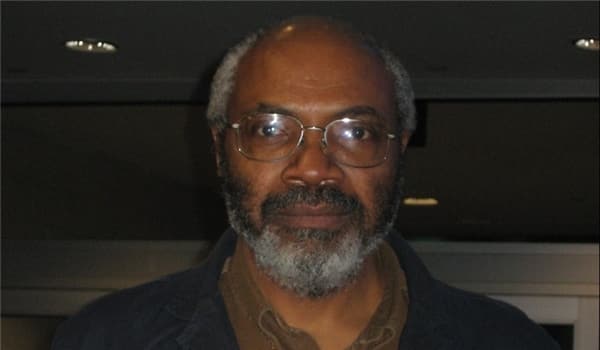 Abayomi Azikiwe, journalist and political analyst, says Tel Aviv and Washington engineer the events in Sudan by backing opposition associations and groups in the African country.

Speaking exclusively with FNA, Mr. Azikiwe mentioned the historical role of the US and Israel in destabilizing Sudan, saying, “The war in the South against Khartoum was supported politically and militarily by Washington and Tel Aviv in an effort to break up the Republic of Sudan and force the country back into an even more dependent status in relationship to world imperialism.”

Abayomi Azikiwe is the editor of the Pan-African News Wire and has authored several books on African policies. He has worked in solidarity with the liberation movements and progressive African governments for decades.

Q: How do you find Omar Hassan al-Bashir’s foreign policy? Does that explain his fall?

A: This shift in foreign policy orientation on the part of the former President Omar al-Bashir was in response to the worsening economic situation inside the country after the partition of the country. Most emerging oil and natural gas producing states were thrown into recession with the sharp decline in energy and commodity prices overall directly as a result of the economic policies of the previous administration of President Barack Obama in the United States. A significant portion of oil resources in Sudan are located in the Southern region which became the Republic of South Sudan in 2011. The war in the South against Khartoum was supported politically and militarily by Washington and Tel Aviv in an effort to break up the Republic of Sudan and force the country back into an even more dependent status in relationship to world imperialism. Nonetheless, this does not excuse the clearly wrong decision to ally with Saudi Arabia and the United Arab Emirates (UAE) particularly with respect to Sudan’s military involvement in the genocidal war against the people of Yemen. This shift in foreign policy orientation in the long term only worsened the existing crisis prompting the implementation of austerity measures which provided an opening for a full blown campaign of destabilization aimed at the overthrow of the National Congress Party (NCP) administration. Today, the situation is quite fluid and the immediate future of the Republic of Sudan is being thrown into question.

Q: The independence of the Republic of South Sudan adversely affected Khartoum’s economy, destabilizing the administration. Do you see that as a part of a larger plan of the Greater Middle East, followed by the West?

A: It was clearly designed to compromise both the sovereignty of Sudan by creating a non-viable state in the South of the country which has not been able to even maintain stability as well as creating economic despair that has undoubtedly affected negatively the workers, farmers, youth and professional groups which are leading the demonstrations against the NCP and the military. The tragedy of this scenario is that the Republic of South Sudan is sharply divided between the Sudan People’s Liberation Movement (SPLM) headed by President Salva Kiir and the SPLM-IO led by Reik Machar, the former Vice-President of the Republic of South Sudan. There is profound mistrust between the two factions which resulted in a civil war that has not been fully resolved. Despite the role of the US and Israel in their support for Juba, neither Tel Aviv nor Washington has accepted any responsibility for the disorder and deprivation which exists in both South Sudan and Sudan. Imperialism seeks to drive wedges both within emerging states along with aggravating tensions in regard to their relationships with regional governments which objectively all have the same interests. All states throughout Africa and Asia need unity, cooperation and mutual security in order to foster greater social and economic development for the majority of the people of these continents. Such a potential reality is a threat to the dominance of the world capitalist system which was built on the exploitation of the peoples of Africa, Asia and Latin America.

Q: How do you view foreign intervention in Sudan’s crisis?

A: Israel is in all likelihood involved in the present crisis in the Republic of Sudan. The US is also manipulating the events and the people from the Sudan Professional Association (SPA) who are demanding an immediate relinquishing of power by the NCP and the military must consider the implications of taking over the state which has been so severely weakened by imperialism. The developments over the last eight years in Egypt, Tunisia and Libya there were interests and movements demanding change should embody political lessons which must be properly assessed. Nevertheless, absence of a broad-based alliance or political party that could effectively seize power and manage the existing crisis domestically and in regard to the imperatives of building an independent foreign policy, these states have either gone right back into neo-colonialism or have fallen into complete chaos.