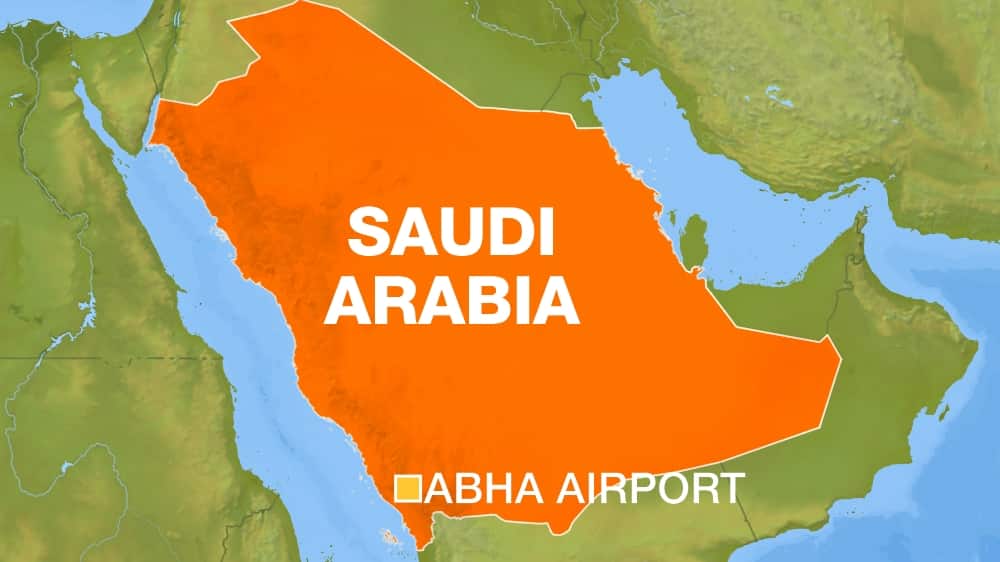 [ Editor’s Note: Saudis stated that the missile hit the arrival hall of the airport, imagine that. That is what a propagandist would put out to claim innocents were targeted.

We know that is a lie because, if it were true, we would be seeing photos of the damage and the injured civilians being interviewed. But they are not. Also, a cruise missile strike with a 1000-lb warhead and no one killed – that’s impossible.

The last thing that the Saudis would show is a photo of a destroyed control tower. We may get lucky and one of the commercial satellite companies might leak a photo, but don’t hold your breath. That would have repercussions.

The stretched part of the Houthis’ claim is that they defeated the US Patriot system. I could be wrong, but I doubt such a battery would be at a regional airport, when there are many more important facilities to protect.

The Houthis were able to hit a key pumping station for the Saudis’ main pipeline. So that tells me that it had the technical ability to hit a control tower, and would not have wasted a valuable missile on a reception area … Jim W. Dean ]

On June 12, Ansar Allah forces launched a cruise missile at Abha Airport in southern Saudi Arabia. Later on the same day, Yemen’s Al-Masirah TV channel released an infographics summing up details regarding the claimed characteristics of the cruise missile and results of the strike.

The infographics below is based on the data provided by Al-Masirah: