Home Government Zionists not only interfere in US elections, but also foreign policy 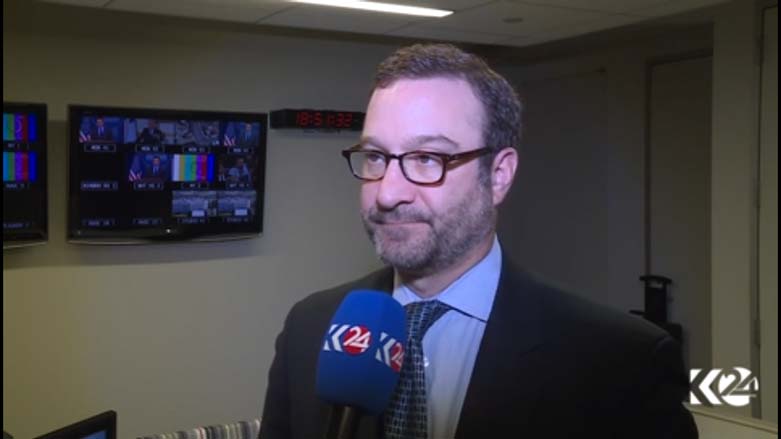 [ Editor’s Note: Zionists using the US like a sock puppet is an old story, but Phil Giraldi brings us a current update which I admire. Here at VT, we have pretty much given up on the public doing anything to put our politicians’ and security people’s collective feet to the fire for just rolling over on this ongoing security assault.

The Schenker story is a classic example of the intensive grooming mill the Zios run here, putting years, and sometimes even decades into polishing the credentials of their agents to slip into key US government positions.

Gwenyth Todd shared a classic example with us once, when a White House national security adviser handed over an arm-load nuclear file to such a person that came right to the White House to get it, the last place most would think that could happen, and why that channel was chosen.

Fortunately Gwenyth was wearing a wire when the outrageousness of this going on in the White House was being discussed. As the information was not collected pursuant to a court order, it could not be used in court. But the goal was to find out who the pickup man was, as they all have to sign in when coming for appointments.

The top Congressional committee chairmen are also major routes for getting the top stuff, as the Intel people have to comply with such requests. What is not known is whether they edit such files before they are turned over, knowing where they will be going. My bet would be that they do when they can, which would include misinformation … Jim W. Dean ] 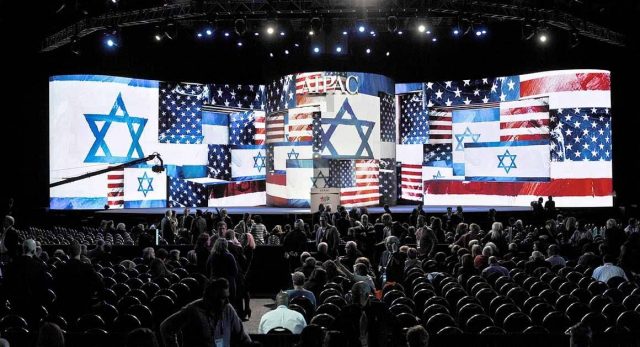 Those who think that the foreign policy of the United States should be the product of serious discussion embracing a variety of viewpoints to come to a conclusion that benefits the American people should perhaps take note of what has been going on in the President Donald Trump administration.

The use of unrelenting pressure to include threats of military intervention rather than negotiation has been noted by many, but the media predictably has failed to discuss the implications of having a team in place making decisions relating to the volatile Middle East and beyond that consists overwhelmingly of Orthodox Jews and Christian Zionists.

To recap, Trump’s A-team in the Middle East is headed by his Jewish son-in-law Jared Kushner who is being personally advised by a group of Orthodox Jews. David Friedman, the U.S. (sic) Ambassador to Israel is also an Orthodox Jew and a former bankruptcy lawyer with no diplomatic or foreign policy credentials.

He is a passionate supporter and even a funder of the illegal Israeli settlements on the West Bank and on the Golan Heights. Friedman endlessly and ignorantly repeats Israeli government talking points and eventually succeeded in changing the language used in State Department communications, eliminating the word “occupied” when describing Israel’s control of the West Bank.

His humanity does not extend beyond his Jewishness, defending the Israeli shooting of thousands of unarmed Gazan protesters and the bombing of schools, hospitals and cultural centers. How he represents the United States and its citizens who are not dual nationals must be considered a mystery.

Friedman’s top adviser is Rabbi Aryeh Lightstone, who is described by the Embassy as an expert in “Jewish education and pro-Israel advocacy.” Once upon a time Lightstone described Donald Trump as posing “an existential danger both to the Republican Party and to the U.S.” and even accused him of pandering to Jewish audiences.

Apparently when opportunity knocked, he changed his mind about his new boss. Pre-government in 2014, Lightstone founded and headed Silent City, a Jewish advocacy group supported by extreme right-wing money that opposed the Iran nuclear agreement and also worked to combat the nonviolent Boycott, Divestment and Sanctions (BDS) movement.

Trump’s chief “international negotiator” for the Middle East is yet another Orthodox Jew Jason Greenblatt, the former Trump Organization lawyer. If you have read a recent New York Times op-ed by Greenblatt entitled “Care about Gaza? Blame Hamas” you would understand that the misery being experienced by Palestinians in Gaza has nothing to do with Israeli snipers, artillery rounds and phosphorous bombs.

It is all the Arabs’ own fault. Greenblatt uniquely claims that Israel’s illegal settlements are “not an obstacle to peace” and he is very upset because some naysayers are actually putting part of the blame for the human catastrophe in Gaza on Israel.

Kushner, Greenblatt and Friedman are perfect examples of the type of “dual” loyalist who cannot appreciate that their overriding religious and ethnic allegiances are incompatible with genuine loyalty to the United States.

The other key pro-Israel players in the foreign policy establishment are nominally Christian, including Vice President Mike Pence and Secretary of State Mike Pompeo, both of whom are Christian Zionists who believe (and hope) that the re-creation of Israel is part of biblical prophecy that will lead to a great war, the end of the world as we know it and the second coming of Christ.

The final component of the Zionist line-up is National Security Advisor John Bolton, who has been a recipient of the “Defender of Israel Award” as well as an outspoken advocate of war with Iran.

Not exactly a model of diversity, is it? Well, there was one piece missing and that was the State Department’s Assistant Secretary of State for Near Eastern Affairs, which has been vacant for the past fourteen months due to failure of the Senate to approve the candidate proposed by Trump, one David Schenker.

Schenker was not on hold because of what might be regarded as legitimate concerns about his background or his presumed biases, but rather because Senator Tim Kaine had been demanding from the White House documents relating to military action in Syria, a more-or-less unrelated issue. Last Wednesday Schenker was finally approved by the Senate in an 83 to 11 vote.

Schenker has spent most of his time in Washington at the Washington Institute for Near East Policy (WINEP), a think-tank that supports the Israeli government. He began as an analyst after graduate school and his career exhibits the familiar neocon pattern of jumping between pro-Israel foundations and government jobs to build a resume and credibility.

He served in the George W. Bush Pentagon, which was a hot bed of neocon subversion featuring Paul Wolfowitz and Doug Feith. And WINEP is no ordinary think-tank. It was founded by the American Israel Public Affairs Committee (AIPAC), the most powerful pro-Israel lobby in Washington. To describe WINEP as “supporting the Israeli government” is an understatement.

When news of the Senate’s confirmation vote came through, WINEP Executive Director Robert Satloff enthused that “David Schenker’s career has been dedicated to enhancing the quality of U.S. Middle East policy, and it is only fitting he should now be the one enacting such policies at such a critical time for U.S. interests in the region.”

Satloff is right to gloat, as The Lobby that he is part of now has its nice Jewish boy in a senior position at the State Department where he will be “enhancing the quality” of U.S. foreign policy for the Middle and Near East to favor Israel.

In a press release WINEP Institute President Shelly Kassen and Chairman Martin J. Gross also joined in, describing how “We are proud of the fact that David Schenker will be the latest in a long line of Institute experts to join the government in senior positions — in both Republican and Democratic administrations — to provide expertise on the Middle East.”

Yes, Schenker is clearly full of expertise, though it is odd how the government appears to think that expert opinion on the Middle East is an attribute belonging only to Jewish pseudo-scholars and think-tank parasites.

It is expected that Schenker will not hesitate to get tough with the Arabs. In a September 2017 interview he emphasized the threat posed by “Hezbollah’s tunnels under the Israel-Lebanon border.”

And he believes that a future war between Israel and Hezbollah is “not a matter of ‘if,’ but ‘when.’” There is little doubt which side Schenker will be on, even if Benjamin Netanyahu starts the war.

There is an unfortunate history of American Jews closely attached to Israel being promoted by powerful and cash rich domestic lobbies to act on behalf of the Jewish state, enabling them to move between think-tanks and government almost effortlessly.

To be sure, by virtue of their relentless networking and gaming of the system, Jews who are Zionists are vastly overrepresented in all government agencies that have anything at all to do with the Middle East.

Meanwhile, one can also reasonably argue that the Republican and Democratic Parties are de facto in the pockets of Jewish/Israeli billionaires named Sheldon Adelson and Haim Saban, both of whom regard the advancement of Israeli rather than American interests as their top priorities.

What is to be done? Well, it would be nice, almost unbearably nice, to see the media and Congress just for once doing their jobs by challenging the bona fides of poseurs like Kushner, Friedman, Greenblatt and Schenker not to mention the demented trio of Pence, Pompeo and Bolton.

It is not in the United States’ interest to have as its representatives and spokesmen in an important and highly volatile part of the world individuals who are demonstrated partisans on issues that that will surely require some compromise if they are ever to be resolved.

Israeli leaders have described with a grin how easy it is to “move” the United States in their favor by virtue of the power of their diaspora associates both in and out of government. Perhaps it is time to wake up to that fact to get rid of the Quislings and set the pendulum swinging in the other direction.