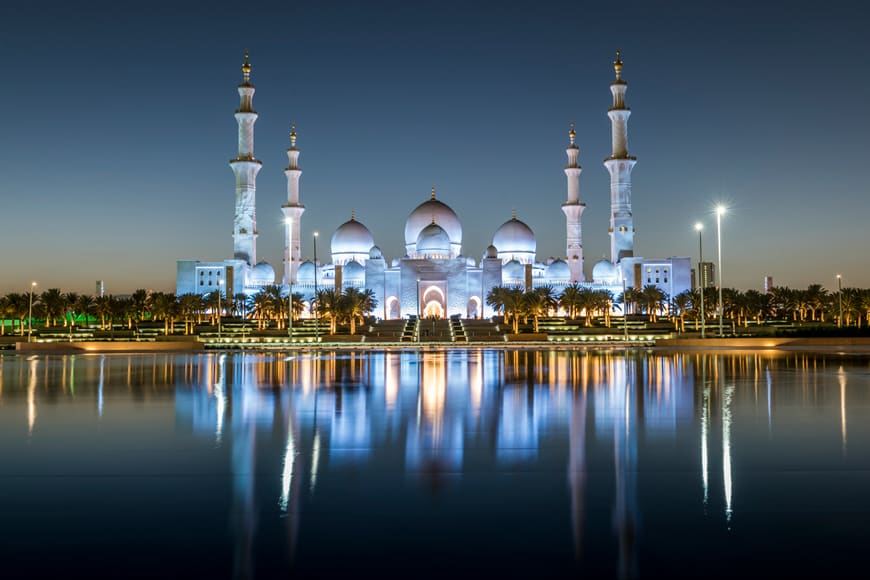 by Sajjad Shaukat, …for Veterans Today

[ Editor’s Note: Sajjad brings us a story that no one in Western media would – a full review of Imran Kahn’s efforts to end Muslim country rivalries and unite their efforts to raise the standard of living for their people.

The first step is to end wars against each other that only serve the interests of the divide and conquer puppeteers. Saudi Arabia has assumed this position for itself, due to its wealth and physical control of the main Muslim holy sites. But it is also joined at the hip to the former Western colonizers and Israel.

Imran Kahn has advanced this role for himself despite his dependency on being financially bailed out by the Saudis, but with loans that Pakistan can never repay. Has he bitten off more than he can chew?

Maybe he has. But on a smaller scale the same could be said about VT. Why do we continue publishing 365 days per year with no paid content staff, when we continue to be blacklisted by corporate media and blocked, banned and harassed by the social media giant and google.

Our answer is simple. We refuse to submit, so we won’t quit, ever, until they shovel dirt over our faces or spread our ashes, both of which “they” would love to do. That’s why we like Khan.

In the American South they have an expression for people like him, “He ain’t no quitter”. People traditionally have always respected and honored such traits. Now they are called “troublemakers”, “dreamers”, “idealists”.

We certainly have a lot of troublemakers here at VT, but I have never met a dreamer or idealist. Everyone here knows we do not live in an ideal world and never will; and we have our work cut out for us to make it a decent one… Jim W. Dean ]

Pakistan’s former Prime Minister Zulfikar Ali Bhutto was a strong spokesman of the World of Islam and the leader of the Third World. He was the founder of Pakistan’s nuclear programme.

Bhutto had announced that he would call for a Third World summit in his second tenure. He wanted to liberate the Third World and the Muslim World from neo-imperialism and neo-colonialism.

As a result former US secretary of state Henry Kissinger warned Zulfikar Ali Bhutto that if Pakistan continued with its nuclear programme-“the Prime Minister would have to pay a heavy price. We will make an example of you”.

The neo-colonialists made a horrible example of Bhutto and assassinated him for his anti-imperialistic stance and his efforts to unite the Islamic World.

In fact, from the very beginning, American CIA kept an eye on the nuclear programme of Pakistan and practical steps, taken by the then Prime Minister Zulfikar Ali Bhutto to unity the Islamic Ummah.

Afterwards, Bhutto’s government was toppled in 1977 by a CIA-backed coup of Chief of Army Staff Gen. Zia-ul-Haq hanged him through the court, which is considered a judicial murder in Pakistan.

After Zulfikar Ali Bhutto, another leader-Pakistan’s Prime Minister Imran Khan has emerged on the scene, who speaks convincingly and clearly and feels the pain of the Islamic Ummah currently passing through a difficult phase.

Since Imran Khan became prime minister of Pakistan, he has been making serious efforts to create unity of the Islamic Ummah.

In this regard, during the 14th session of the Islamic Summit, leaders from across the Organisation of Islamic Cooperation (OIC) met in Makkah, Saudi Arabia on June 1, this year, which follows two emergency Arab meetings the night before in Makkah.

When some rulers of Arab countries criticized Iran and its influence in relation to Syria, Iraq and Lebanon, it further showed disunity among the Muslim World.

Unlike the other leaders who addressed the OIC summit, in his speech, while expressing views on bilateral, regional and international matters of mutual interest and the issues being faced by the Islamic world, Prime Minister Imran Khan insisted on the practical unity of the Islamic Ummah.

Imran Khan who has been persistent in calling for a global fight against rising anti-Muslim bigotry along the same lines as anti-Semitism after the Holocaust, started his maiden speech by raising the issue of Islamophobia, saying;

“When someone from the West blasphemed our Holy Prophet (PBUH), I always felt the response from the Muslim Ummah and OIC was lacking…it is a failure of the OIC that we have not been able to explain to the other countries the love and affection we feel for our Holy Prophet…Some western countries are suffering from Islamophobia.

We must pay more attention to quality education and universities; an area in which the Muslim world lags. I fear the Muslim world may be left behind again and this is the best forum to raise this concern in.”

Prime Minister Khan also specifically talked about the plight of both Palestinian and Kashmiri people, calling for resolution of these issues in accordance with the wishes and aspirations of the people of both the territories.

He further stated that he also “plays his role to promote unity in the Muslim World which in fact is the need of the hour to wage a joint struggle against the oppressed Muslims living under the tyranny of occupying forces.”

Besides other leaders, Imran Khan strongly condemned the inhumane situation of Rohingya Muslims, urging a halt to violence and stressed: “Myanmar’s government has the responsibility to protect its citizens.”

OIC also slammed the US decision to transfer its embassy to Jerusalem and recognise the disputed city as Israel’s capital and urged all members to “boycott” countries that have opened diplomatic missions in the city.

The body also refused to accept any decision to change the legal and demographic status of Syria’s Golan Heights, especially the US decision to recognise Israeli sovereignty over the territory.

One day before the Summit, Prime Minister Khan performed Umrah (pilgrimage) and prayed for the unity of the Muslim community all over the world.

Various analysts have appreciated the speech of Pakistan’s premier and opined:

“Muslim Ummah is confronting a number of challenges in recent times and both Saudi Arabia and Pakistan could play a vital role in unity of Muslim world. Anti-Islam forces were very active in hatching conspiracies against Muslims throughout history and enemies of Islam are still active. Muslim Ummah can foil their nefarious designs through unity and steadfastness. Muslim Ummah should solve its internal ideological differences in a peaceful way; it is what Khan’s address displayed.”

It is notable that his first address to the nation on October 24, 2018, Prime Minister Imran Khan also announced that Pakistan is trying…

“to play the role of a mediator in the Yemen war involving Saudi Arabia…Pakistan will try to play to its role in ending conflicts in the region and bring all Muslim countries together.”

It is mentionable that in 2015, Riyadh emphasised upon Islamabad to send its forces to join the US backed NATO-like Saudi-led coalition to conduct aerial strikes on Yemen. But, Pakistan refused to join this alliance which was anti-Iran and also refused to participate in the Saudi-led airstrikes on Yemen. Prime Minister Khan continued this policy firmly.

Notably, Prime Minister Imran Khan in a meeting with Ambassador of Yemen Mohammed Motahar Alashabi in Islamabad on November 7, last year assured the envoy of Pakistan’s “unwavering support in the early resolution of the conflict” in Yemen. He reciprocated the sentiments of the Yemeni leadership and wished for an early end of hostilities for lasting peace in Yemen.

While emphasising the need for dialogue, the prime minister stated that the conflict in Yemen affects regional peace and stability and that it does not have a military solution. He also called for more concerted and coordinated efforts at a global level to alleviate the sufferings of the Yemeni people and to ensure their safe return to their homes.

During his first trip to Saudi Arabia to attend the Future Investment Initiative (FII) conference on October 23, 2018, Prime Minister Khan had also insisted upon the unity of the Islamic Ummah.

And Prime Minister Imran Khan visited Iran on April 21, this year. During his two-day trip, he met Iran’s Supreme Leader Seyyed Ayatollah Ali Khamenei and Iranian President Hassan Rouhani. He also stated that Islamabad will mediate between Saudi Arabia and Iran as part of creating unity of the Islamic Ummah.

Similarly, during his trip to Saudi Arabia on September 20, 2018 P.M. Khan met with Saudi King Salman bin Abdul Aziz. In the meeting, the two leaders discussed bilateral relationship, the regional and global political situation and the issues confronting the Muslim Ummah. Again, Khan insisted on the unity of the Muslim World.

Undoubtedly, P.M. Imran Khan’s serious efforts for Islamic Ummah’s Unity are being appreciated by the Muslims all over the world.