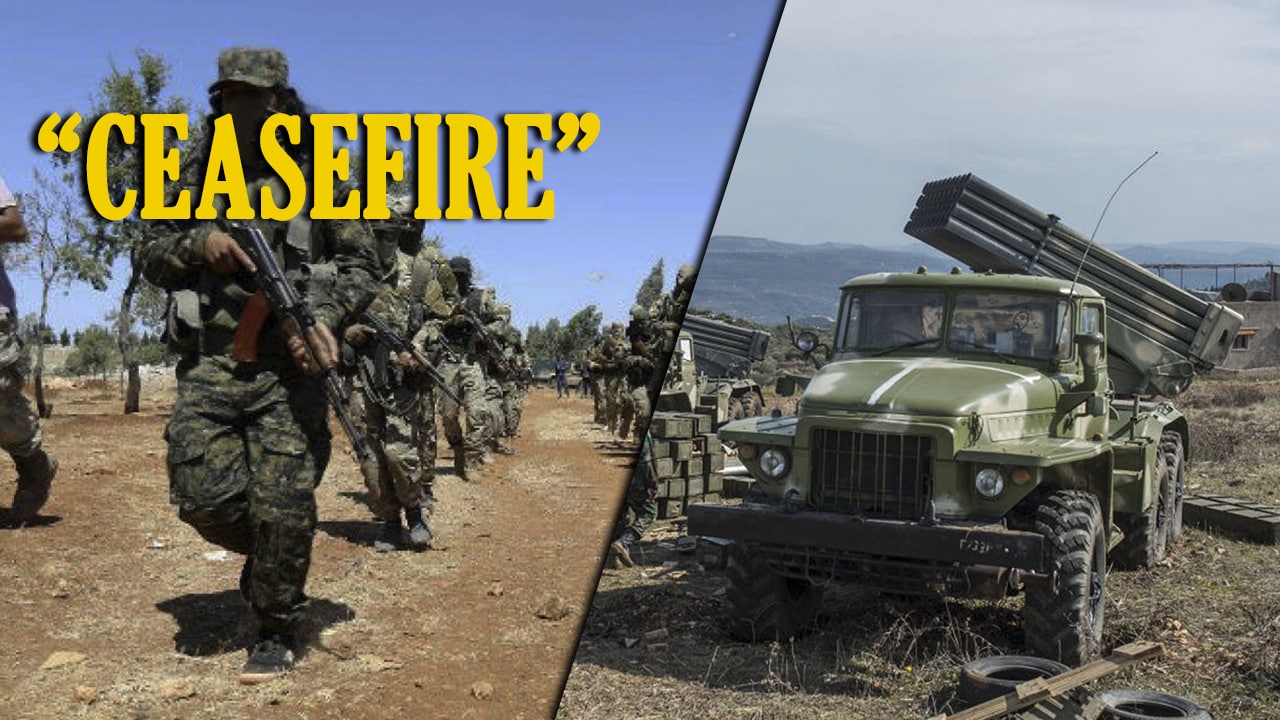 On June 18, the joint forces of Hayat Tahrir al-Sham and Turkish-backed militant groups launched an assault on several positions of the Syrian Arab Army (SAA) in northern Hama.

The so-called “moderate opposition” reportedly used at least two suicide vehicle borne improvised explosive devices. One exploded near SAA positions in Jalamah. Another one was eliminated in the nearby area. At the same time, clashes were reported near Sheikh Hadid, Qiratah and Jub Suleiman.

By June 19, the militant attack had been fully repelled by the SAA. Despite this, pro-militant media outlets claimed that all devices had worked as intended and “Assad regime forces” had suffered dozens of casualties. According to pro-government sources, the militants lost up to 30 killed or injured fighters, and 6 pieces of military equipment, including a battle tank.

The militant advance also triggered a new round of Syrian airstrikes on their infrastructure in southern Idlib and northern Hama.

The SAA halted offensive actions in the area last week in the framework of the temporary ceasefire brokered by Turkey and Russia. However, this move does not seem to be appreciated by the so-called opposition.

Clashes between the SAA and ISIS erupted north of the town of al-Sukhna in the Homs province. ISIS cells reportedly ambushed at least one SAA checkpoint there. There are no confirmed reports regarding the casualties.

The US-backed Syrian Democratic Forces (SDF) detained nearly 100 people in the town of Tayaneh on the eastern bank of the Euphrates, according to Syrian state media. The SDF also stormed the village of Shwehan arresting 11 more people. Reports claim that the raids came in response to the locals’ refusal to hand over their crops of wheat and barley to the US-backed militias. Earlier reports appeared that SDF units were burning crops in farms that do not support the SDF’s administration policy. Pro-SDF sources deny this.