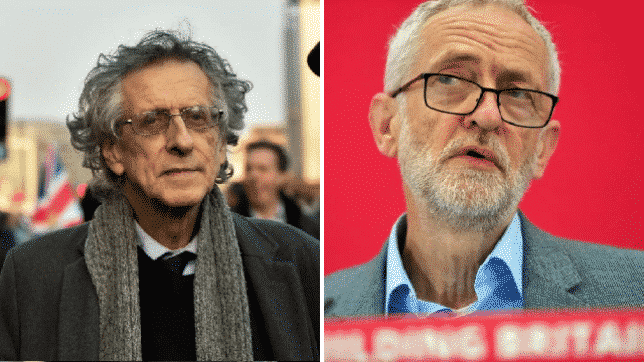 He said: ‘The general trend now is toward colder weather and jet stream fluctuations, and some very warm spells within a generally colder world.

‘I would say man-made climate change does not exist. ‘This is a manufactured story that journalists have put out.

‘If we check it out there is not any evidence that there is a consensus for belief in man-made climate change.’ He supports this claim with a petition from the late 1990s signed by 30,000 sceptical scientists.

The Labour leader’s older brother, who runs forecasting firm WeatherAction, will share his views at The Bigger Picture, a six-hour event at Moose Hall in Swindon, Wiltshire, on Saturday.

Mr Corbyn will talk at the £10-per-ticket seminar with Mark Windows who runs a podcast devoted to what he claims are fake news narratives about global events. The third speaker is Sandi Adams, who believes the UN’s Agenda 21 sustainable development programme is a major threat to human freedom.

But despite Piers’ scepticism, it would appear his younger brother has a very different outlook on climate change. Yesterday, it was announced that Jeremy Corbyn has created a new role on Labour’s front bench, appointing Danielle Rowley as shadow minister for climate justice.