Lying Trump a RAPIST? Of course he is! So what? TrumpBots simply do NOT care. Plain and Simple! It’s the new phony Christian value of “Matthew 55:24 Jesus Endorses Rape“.
Let The Good Times Roll!

Rapist Trump claims he does NOT know this long time accomplished lady except when there is a picture of him with her at a meeting. Come on man! Hilarious! LOL! 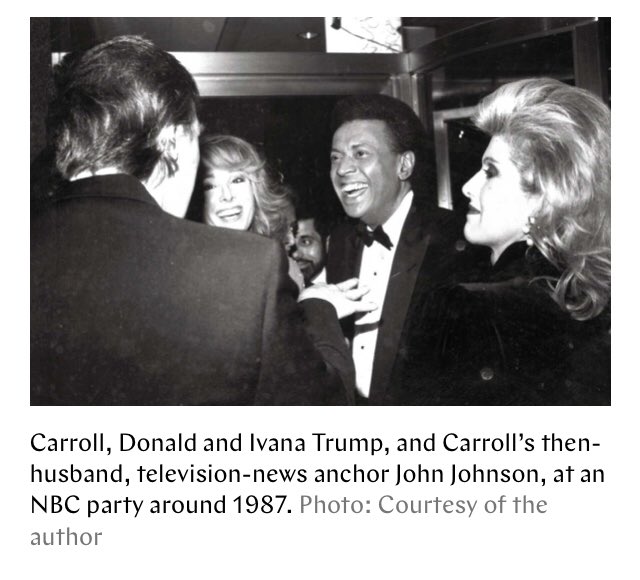 This lady, E. Jean Carroll, has NO history of sociopathy. So if we are to believe Trump claims she’s a Democrat plant, we would need absolute evidence or we must default to his motis operandi that our PUSSY GRABBER, the self-proclaimed national victim and known sociopath, is also a Sexual Predator of the highest order.

I mean Trump the Sociopath lies so often about everything he’s completely LOST the benefit of the doubt. Professionals refer to this as “Referrent Power” to which he has none among objective peoples. Unfortunately, when it comes to his TrumpBots, objectivity has been completely canceled. Cult Membership outweighs objectivity by a million miles.

Frankly I marvel at his absolute contempt for all. He just rolls over people with impunity cause he can. He plays the Billionaire Criminal perfectly.

Don the Con reminds me so much of my father who was a professional con-man with absolute contempt for his victims; a doppleganger!
Charlie, my Dad, was referred to as “The Legend” inventing the Boiler Room operation back in the 1960s; a Sicilian American gangster who owed “The Track”, paid off NYC coppers, and rolled over victims laughing in their faces as they realized they were conned.

Oh The Move as told by the late Paul Kashdan, one of dad’s associates who was a gambling friend and fellow boiler room colleague…. While at the Santa Anita Race Track back in the early 70s, dad told Paul that his son, me, was very sick in the hospital on death watch with 105 fever and he needed money to pay the doctors to save his son!

Charlie lifted his right pant leg showing his overfilled old man sock then pulled out a wad of cash that must have been $ 20,000. He then wrapped the 5 bills around the wad and put it back in his sock. He puled down his pant leg down and said THANKS PAUL and walked away.

And that’s what Con Men do folks. They get your trust, aka your “confidence” and violate it without conscience. That’s my dad; a sociopath. That’s Don The Con. Only Don the Con went all the way to the highest office is now conning the world on the biggest stage.

I wonder if Don The Con graduated from my fathers School for Confidence Men? My father would have LOVED The Donald. He would have called him “My Son”.

TheCut.com: Hideous Men Donald Trump assaulted me in a Bergdorf Goodman dressing room 23 years ago. But he’s not alone on the list of awful men in my life. 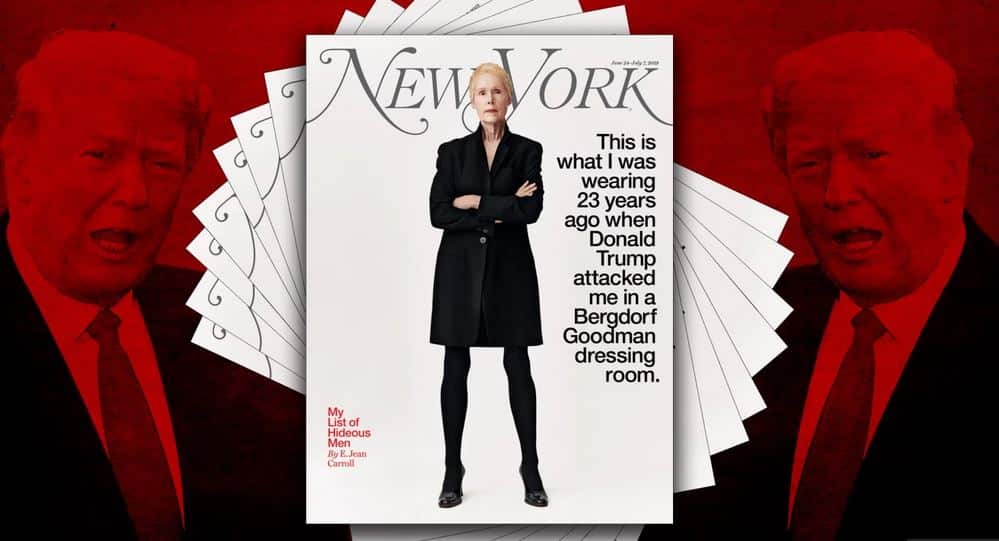 Watching an emboldened con man like Donald operate with zero respect for his cheering cult supporters is hard. I had to watch victims fall in absolute love with my dad then get destroyed by him after the grift was done.

They would call him The Greatest Man they ever met. He was handsome, wore $ 5000 suits from Beverly Hills, drove fancy cars like Caddy’s and Rolls-Royce always with coke whore candy on his arm. They loved him. He was their hero. He is what they wanted to be…successful American style. That’s the game folks. Sounds like someone you know?

Like Paul, they let him rape because the grift is so outrageous that it’s amusing. Besides, TrumpBots love their rapist hero! Want a cookie?

So what impact will this new rape reveal have? Nothing! America does NOT care.