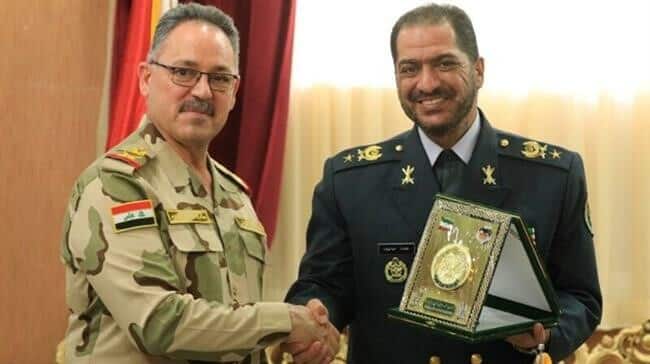 [ Editor’s Note: This is a major development, showing once again that US aggression and intimidation with its forward leaning military deployments and threats are pushing countries to form new defense coalitions.

The economies of scale and larger technical pool can make a big difference five and ten years out, as Iraq has excellent engineers who do not have enough work to do. If Russia and China will also support this move, then the US strategy will have backfired, in that it will be facing vastly stronger forces in the future.

Will this become an election issue, or will the Dems compete for the defense contractor campaign funding by trying to out-hawk the Republican hawks? … Jim W. Dean ]

Iraq has called for enhanced cooperation with neighboring Iran in the area of air defense, days after Tehran successfully thwarted an American spying mission by downing a sophisticated surveillance drone over Iranian territorial waters.

The Iraqi official pointed to the Islamic Republic’s advanced capability in designing and manufacturing defensive systems. Baghdad was requesting the cooperation “in the light of the previous instances of observation by Iraqi military delegations of Iran’s defensive capabilities,” he noted.

Baghdad’s call came after the Islamic Revolution Guards Corps (IRGC) shot down an American RQ-4 Global Hawk, which had violated Iran’s airspace from the south, in what has been viewed by observers as a show of Iran’s aerial defense capabilities.

The two countries, he stated, were part of the unified Muslim Ummah, which could not be segregated from one another based on political and geographical demarcations.

Iran’s top military commander announces that the country and its neighbor Iraq are to cooperate in the area of aerial defense.

In April, Iran’s top military commander said the countries had agreed to cooperate in the area of air defense to fend off the challenges facing their respective air spaces.

Chairman of the Chiefs of Staff of the Iranian Armed Forces Major General Mohammad Baqeri made the announcement to reporters following a meeting in Tehran with his visiting Iraqi counterpart, Lieutenant General Othman al-Ghanimi.

The meeting addressed “the integrated defense of Iran and Iraq’s skies, because we might sense threats coming from the direction of [our] western borders,” Baqeri noted back then.