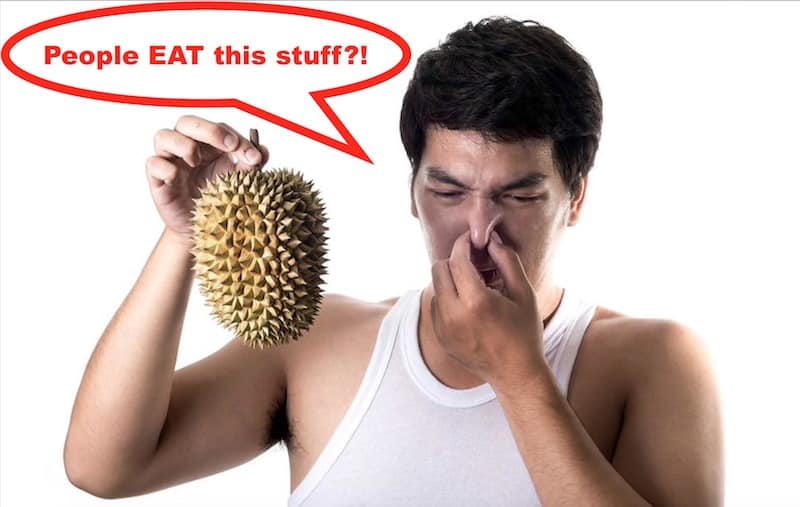 Watch False Flag Weekly News above, click HERE for links to the stories we covered

The world’s biggest toothpaste factory explodes. Like lava from a volcano, a river of burning molten toothpaste floods into an open sewer, mixing with week-old rotting filth. Take a deep whiff of that sewer. Mmmmmm! Smells like durian!

I was initiated into durian, the world’s tastiest and stinkiest  fruit, by Sheikh Imran Hosein, the world’s leading Islamic eschatologist (and possibly the world’s most important living Islamic scholar). When he lectures in Malaysia, the sheikh likes to go out for durian after his lectures. So we drove to the nearest durian stand—it’s like a normal fruit stand except you don’t need directions to find it, you just follow your nose—and I faithfully submitted to the sheikh’s guidance by actually EATING that slimy gummy white stuff protected by wicked skin-piercing spines and an oderiferousness that could serve as a chemical weapon.

As you bite into durien flesh a miracle occurs: the world’s most repulsive smell inverts itself into the world’s most exquisite array of complementary flavors. Somehow the nasty turns nice—really nice! (The Catholics should use this stuff instead of bread for their Eucharist—the smell is the crucifixion, the taste is the resurrection.) Seriously, folks, durien is the closest gastronomical equivalent to a religious experience. Is this what happens when you die as a martyr and the pain of a gutfull of Zionist bullets inverts itself into an unimaginably beautiful garden? I am not in a huge hurry to find out. I would rather eat durien a few more times before insha’allah discovering what delicacies the fruit stands of paradise may offer.

Speaking of potential martyrs, how about those Iranians? Their role model is Imam Hussein, who embodied the divine message: When your cause is just, fight to the death and then some, regardless of the odds, regardless of what other (ignorant/misguided) people may think.

The Iranians also follow the alleged prophetic utterance “Trust in Allah—but tie your camel,” which can also be translated as “Trust in Allah—and use your critical reasoning ability.” Iranians are said by some to have invented chess, by others to have perfected it. They are not going to needlessly martyr themselves by foolishly fighting a losing battle. They are going to figure out how to win. And if winning requires a lot of martyrs, well, so be it.

How many Americans are ready to die for…for…for what? Trump’s ego? That’s what Trump’s rejection of the JCPOA nuclear deal is really about: He hates Obama, wants to piss all over Obama’s bed, shred Obama’s achievements, boast that he’s a better negotiator than Obama. (And get his ego stroked by Bibi Netanyahu, and his bankbook boosted by Sheldon Adelson.)

Trump and his schizoid advisors are hardly a bunch of master chess players. No wonder they felt the need to haul the mummy that was once Henry Kissinger out of his mausoleum in that eye-tipped pyramid beneath the Freemasonic Temple in Washington DC, pump the formaldehyde out of the corpse, replace it with the fresh young blood of satanically sacrificed babies, and ask Baphomet—I mean, Henry—WTF do we do with these brave, brilliant, pain-in-the-ass Iranians? Henry’s cryptic reply: “Surrender, Dorothy!” So Trump called off the attack at the last minute and saved the world, thanks to sage advice from the world’s leading mummified war criminal foreign policy genius.

Long story short, alhamdullilah, all praise to God, that those creepy bastards in Washington haven’t quite destroyed the world…yet. So insha’allah, God willing, I will be lecturing at one of Malaysia’s leading universities in a couple of days on the topic of…get this, gentle ADL readers…”anti-Semitism.”

I am told that the Prime Minister of Malaysia, Dr. Mahathir Mohamad, may attend the lecture. Dr. Mahathir is one of those extremely rare birds—an honest politician—and his honesty often leads him into conflicts with various nefarious forces, including those who smeared him as an “anti-Semite” after his lecture at Cambridge University last Sunday.

Malaysia, a tropical garden nation, may not be Paradise, but it does seem a whole lot less godforsaken than Trumpy America, where I don’t imagine I’ll be invited to lecture on anti-Semitism at leading universities any time soon.