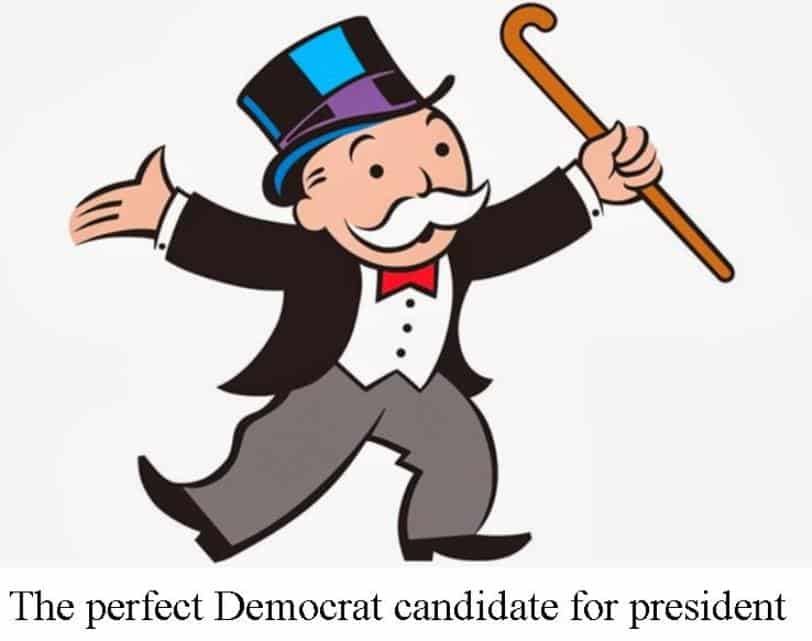 For those of us who have raised our hand and taken the oath to support our constitution and defend the country against all enemies both foreign and domestic, we are sick to our stomachs by what we are witnessing in our state houses and in the capital city of America, Washington D.C. Those lowly politicians who swore the same oath as we veterans and law enforcement personnel to provide protection to the citizens of this country have proven themselves to be out an out liars, time and time again. 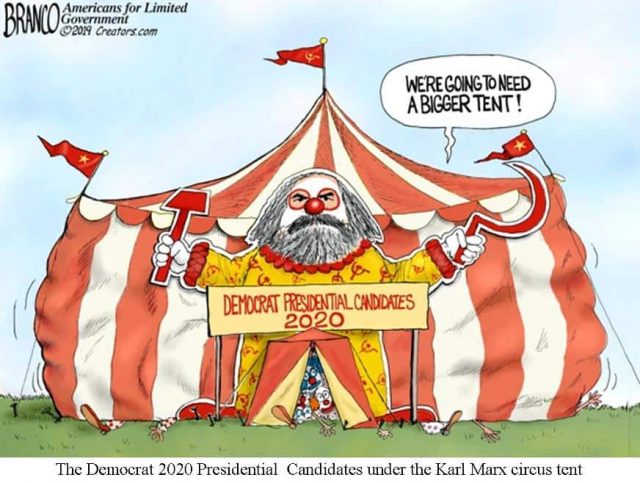 My question to each of them would be how can one swear allegiance to the U.S. Constitution in one breath and then vow to transform America into a socialist country in the next. Even more gulling to me is when I see a former member of the military (particularly one who was in the Marine Corps), come right out of the service and decide to run for political office on a platform that promotes abortion (even including infanticide) violating the key provision of our founding documents which recognizes our God-Given rights to LIFE, LIBERTY, AND THE PURSUIT OF HAPPINESS.

The examples of their dishonesty are almost too numerous to list, but a few of the more blatant:

The U.S. Constitution clearly outlines the specifics of the electoral college in electing the president of the United States, yet the new Socialist Democrats (aka Communists) are hell bent on circumventing that provision in favor of electing the president on the basis of the popular vote in an attempt to negate the will of the majority of the states which is protected by using the electoral college.

This isn’t “defending the U.S. Constitution”. The simple fact is that if you don’t like  something in the Constitution, you can use the amendment process and legally make changes if you can convince 3/4 of the states to ratify the changes you want to make,  though I seriously doubt you would find 3/4 of the states willing to relinquish the sovereignty of their vote to a handful of left-wing voters in largely populated states. But the Democrats have a proven track record they will try to work around this important concept using every illegal method they can think of.

We have these same fools eagerly racing to see home much taxpayer money they can squander with this garbage about reparation to African Americans. I have an idea here, that everyone still around who was held as a slave and forced to work for free, perhaps they should be paid reparations by the person or family  that held them captive, but since nobody is still around from the 1800’s, that’s kind of a moot point. Consider all the people who immigrated to America well after the 1860’s. They had nothing to do with slavery. There were 3,953,761 slaves in captivity in the 1860s. Of the 31 million U.S. citizens, only 1.4% were slave owners and about 3000 were Blacks themselves!

And to double down on the sheer stupidity of these bozos, we now hear the rumblings 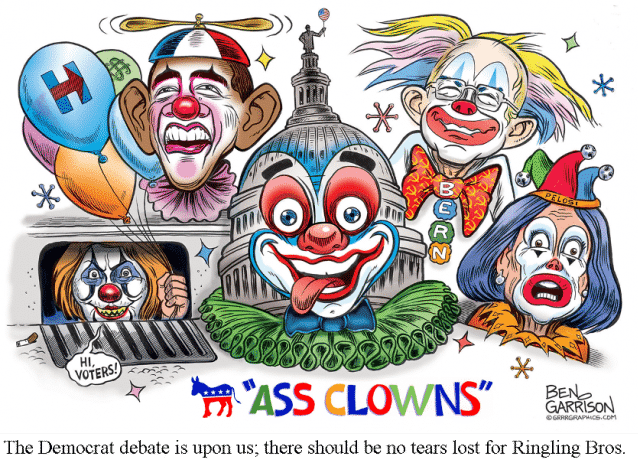 about stealing even more taxpayer money (by Elizabeth Warren) to pay reparations for the years of abuse incurred by the Gay, Lesbian, and Transgender Community. I can’t imagine anyone that stupid to even suggest we the people having to pay people who opt for an alternative lifestyle which many of us view as deviant.  I firmly believe these politicians have been smoking too many left-handed cigarettes.

Now, since money is no problem for these spendthrifts, the call is for the taxpayer to forgive the college tuition debt these poor mistreated kids have incurred as it is just unfair. What’s next . . . forgiving all credit card debt; how about mortgage debt, car loan debt, medical care debt, and all back taxes owed to the IRS?

When some candidate adopts the Democrat platform it shows the absolute disdain for the American principles of capitalism which has made America the strongest and most successful country to ever exist on the planet earth, and is a slap in the face to every hardworking and taxpaying citizen in the country. Simply stated, those politicians want to take what you rightfully earned and give it to those who haven’t earn it including to those who are illegally invading our country.

Speaking of immigrant . . . Yes, we are a country built on immigration . . . by those who came to America legally, assimilated, learned our language, and fought in world wars to maintain and preserve the freedoms we all hold dearly. Good people have sacrificed much to come to America in search of the dreams for a better life for themselves and their family. They have earned the opportunity to be all that they can be, and through the power of their vote, they have every opportunity make changes in America in our constitutional representative republic.

Yet today we have the new Democrat (Communist) Party which is showing their true hatred of the American form of government and the values we hold dear, by adopting the collectivist policies of socialism which Vladimir Lenin called the pathway to Communism. They are violating the oath to support and defend the U.S. Constitution which makes no reference to the policies they want to shove down the throats of the American people. And what they can’t achieve with the democratic election process, they then turn to subverting the law knowing full well they will not face the justice we citizens must face when we break the law . . . you see, they believe they are above the law, and can do anything they damn well want to do with complete immunity. Hillary Clinton and the Deep State are proving that every day, as they continue in their attempted coup d’etat of the Trump Administration.

There are some on the left side of the aisle which might wish to counter my beliefs, so I invite anyone in doubt to bring me your arguments backed up by passages in the constitution which allows the federal government’s take-over of the educational system; take-over of the healthcare system; putting a roadblock up to prohibit the President of the United States from doing his job of defending the borders of the country from the invasion of illegal aliens; and giving-a-way American taxpayer dollars to the undocumented invaders. And now we see the newest demand from those ignorant Communist politicians who would bestow voting rights to NON CITIZEN INTRUDERS.

Those of us who have been around awhile could read the tea leaves long before we saw the emergence of this new crop of fools headed by the most ignorant of the lot, Alexandria Ocasio Cortez, and her two imbecile partners in sabotaging the American way of life, Ilhan Omar and Rashida Tlaib.  The Democrats have always be able to hide in plain sight because of the complicit and fraudulent media who are so stupid they don’t realize that should the leftist takeover America, the press will be the first people up against the wall which is what happened with Castro, Stalin, North Korea, China, and other tyrannical countries across the globe. We have been sounding the alarms for decades but have always been over ridden by the loud voice of the press. Thank God Trump has changed all that!

The blame for the country’s slide into the socialist abyss however, no matter how much blame needs to be heaped upon the lying politicians, are the voters who have simply “tuned out” as their liberties and freedoms have been peeled away. It’s like boiling a frog by putting him in the pot when the water is cold and then applying the heat. Before he realizes it he is cooked. I really find the gullibility of those foolish citizens who listen to the media wonks and still do their bidding when election times come, to be absolutely astounding.

Every day you can tune into any news station and hear the news anchors and pundits discussing one politician after another yapping something along the lines of:

“It will be interesting to see during the Democrat debates exactly where Joe Biden comes in on the issues of XYZ and ABC. I believe he will most likely tack left or right depending on the responses of the other candidates”

Are you kidding me??? And everyone wonders what the hell is wrong with politics. It the precise reason why Donald Trump was elected. When Donald Trump told you his beliefs and what he was going to do, you could be 95% certain what the policy would be. And yes . . . he has fulfilled those promises against the sewer rats in Washington, both Democrat and Republican. The above example can be said of EVERY CANDIDATE who has run for office, bar none. When politicians are in front of a group, they will say anything and take whatever position the audience that night wants to hear, and the media doesn’t hold them accountable.

Surprisingly, you know the media can’t believe a word out of a candidate’s mouth because they just told the audience their positions are not based on a moral compass and that they have no moral fiber, just like the media folks themselves. They seem to be drawn to defend the sleaziest of politicians like moths to a flame.  Proof is that the media pundits never call the politicians on their lack of principles.

Attila the Hun was absolutely correct when he stated, “It is easier to criticize the decision of others than to stand by your own.” The old saying is true that if you don’t stand for something you’ll fall for anything.

When so few have founded beliefs, we see them blow whichever way the wind is heading at the time. Voters are stupid because they continue to vote for certain politicians who lie to them and then are puzzled because nothing happens except those in office get richer by the day.