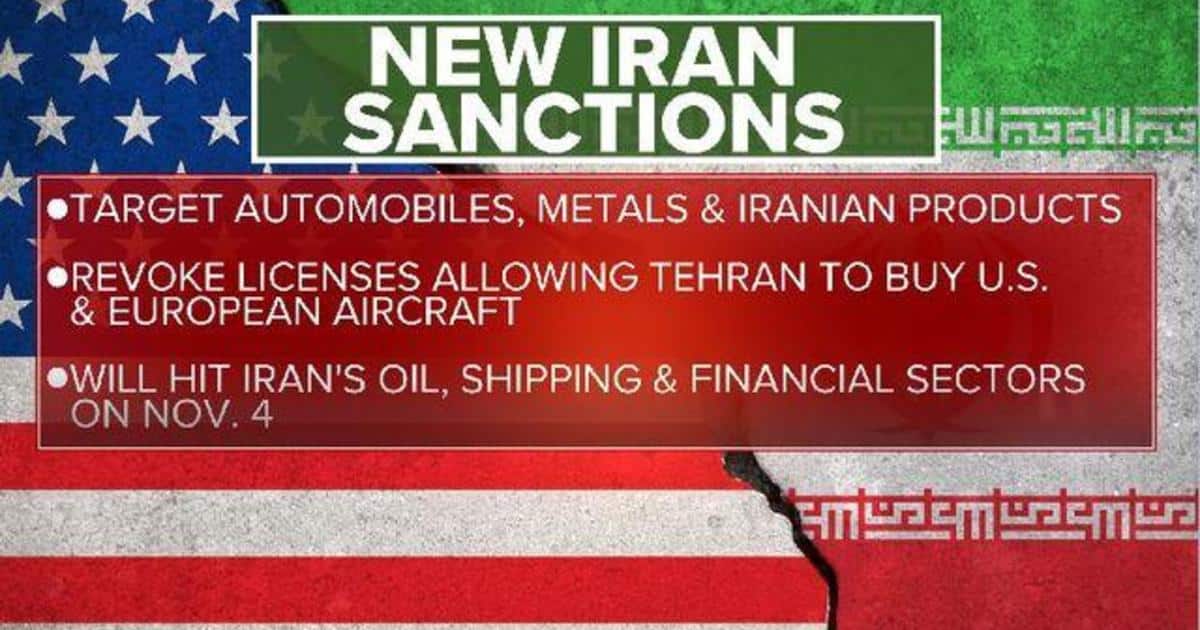 Trump just imposed new sanctions on Iran. But he should use Obama’s playbook to prevent war

“Lessons from a 2016 naval crisis that could have sunk the nuclear deal and opened a conflict, but didn’t.”

President Donald Trump was conned. He thought his foreign policy advisers had given him an effective strategy to force Iran to renegotiate its nuclear deal with the United States; in reality, this “maximum pressure” strategy was seemingly engineered to corner him into war with Iran.

The key advocates of this gambit—Trump’s national security advisor, John Bolton, and Secretary of State Mike Pompeo, as well as Israeli Prime Minister Benjamin Netanyahu, Saudi Crown Prince Mohammed bin Salman, and Emirati Crown Prince Mohammed bin Zayed—knew all too well that Tehran inevitably would respond to Washington’s escalations with its own counter-escalations, forcing Trump into a position to order military strikes, lest he might come across as “weak.”

Ironically, it was the conservative media complex that helped throw a wrench in these hawks’ plans: Reminded by Fox News’s Tucker Carlson, among others, that there is no such thing as a limited strike against Iran, and that a wider war could kill Trump’s presidency, the tough-talking former reality TV star pulled back at the last minute, praising himself on Twitter for his restraint.

Trump was right to call off the military strikes he had ordered—war with Iran may please Saudi and Israeli leadership, but it does not serve U.S. interests—but the president seems to have learned very little from this near-crisis. In lieu of dropping bombs, Trump announced that he would impose new sanctions on Iran this week, all while keeping his administration’s team of warmongers—whom he privately disparages as “disgusting” for their hawkishness—at his side.

If Trump’s ego permitted, he should take a closer look at how President Barack Obama and Secretary of State John Kerry handled a crisis with Iran in which war could have easily broken out, but diplomacy instead won the day. It is a model for sanity that has no counterpart in Trump’s administration.

In January 2016, two small boats of the U.S. Navy’s “riverine forces” in the Persian Gulf committed what then-defense secretary Ashton Carter eventually called “a navigational mistake,” tending to a motor problem on one of the crafts while inside Iranian territorial waters, not far from an island where Iran’s Islamic Revolutionary Guard Corps maintained a base. Four armed IRGC boats met the Americans, who attempted to flee the area but experienced persistent engine and communications issues.

The U.S. knew they had superior firepower, but they also recognized that American and Iranian domestic political forces could quickly escalate a small encounter like this into full-blown war. Unable to convince the local patrol that their intentions were benign, the 10 American service members and their two craft were taken into Iranian custody.

The timing could not have been worse. In just a few hours, Obama was scheduled to give his State of the Union address, and later that week, the U.S.-Iran nuclear deal would go into effect; several American and Iranian prisoners were also supposed to be released in a separately negotiated prisoner swap, which would eventually grow controversial in its own right.

By the time Iranian Foreign Minister Mohammad Javad Zarif was informed of the naval incident, the IRGC had already concluded that the American sailors were telling the truth:

They were non-hostile and off-course. Zarif’s aim was to find a way to release the sailors as quickly as possible, preferably before U.S. officials made threatening public statements.

“Knowing the United States,” Zarif told me in an interview for a 2017 book on the nuclear deal, “the language they’d use would be ‘Iran must release our guys.’ And then Iran would take it as a threat. And then we would have responded, and then this whole thing would have taken a life of its own.”

Within hours of the sailors’ arrest, Kerry and Zarif were on the phone, trying to devise a plan to release the sailors. Two years of nuclear talks had helped develop a rapport between the two; an incident that in the past would have led to a dangerous crisis could now promptly be handled through direct dialogue. (Kerry told me that before the nuclear negotiations, the U.S. “wouldn’t have known who to call” in an Iran crisis.)

But while country-to-country contacts had improved, media-fed public perceptions of the players had not. One wrong public statement from either side, and a crisis could still snowball quickly.

The U.S. was honest in its public position: It accepted responsibility where warranted, and never fell back on language that could be perceived as belligerent.

Kerry pressed Zarif to release the sailors fast, or else risk both the nuclear deal and the prisoner swap. Zarif insisted that such ultimatums only would rattle Iranian sensitivities. “You don’t need to threaten me,” Zarif told Kerry. “You’ve committed a grave mistake. So I think what you need to do right now is to say, ‘We made a mistake. We’re sorry.’”

Rather than denying that the sailors had drifted into Iranian waters, the Pentagon quickly confirmed they’d been off-course. “It clearly was a mistake,” Carter said in a TV interview. “That much seems clear by now.” The DOD also publicly declared that the sailors were being treated well by their Iranian minders. “In some ways this has been very professional,” a senior Pentagon official told reporters.

The next morning, the American sailors were released unharmed. They had been in IRGC custody for 16 hours. A potential prelude to military action between major powers was quickly and swiftly resolved in five phone calls between their top diplomats.

That Kerry and Zarif had such access to each other, and a strong working relationship borne of years in negotiations, is remarkable enough. But another key factor was that the U.S. was honest in its public position:

It accepted responsibility where warranted, and never fell back on language that could be perceived as belligerent, which limited just how much the incident was politicized in the U.S. and Iran. A modicum of respect and sensitivity to the political circumstances of the Iranians went a long way in defusing an otherwise explosive situation.

It is, of course, difficult to envision such shuttle diplomacy or humility coming from Bolton or Pompeo, Kerry’s successor at the State Department, and the first U.S. official out of the gate to accuse Iran of orchestrating the Gulf of Oman tanker attacks earlier this month.

Nor is the president himself known for his honest bargaining. But if, as reports now suggest, there truly is daylight between Trump and his Iran hawks, perhaps he is willing to try a new tack. He has tried “maximum pressure,” Twitter threats, and war brinkmanship. It’s time he tried respect.

Trita Parsi is the author of Losing an Enemy: Obama, Iran and the Triumph of Diplomacy. He teaches at Georgetown University.