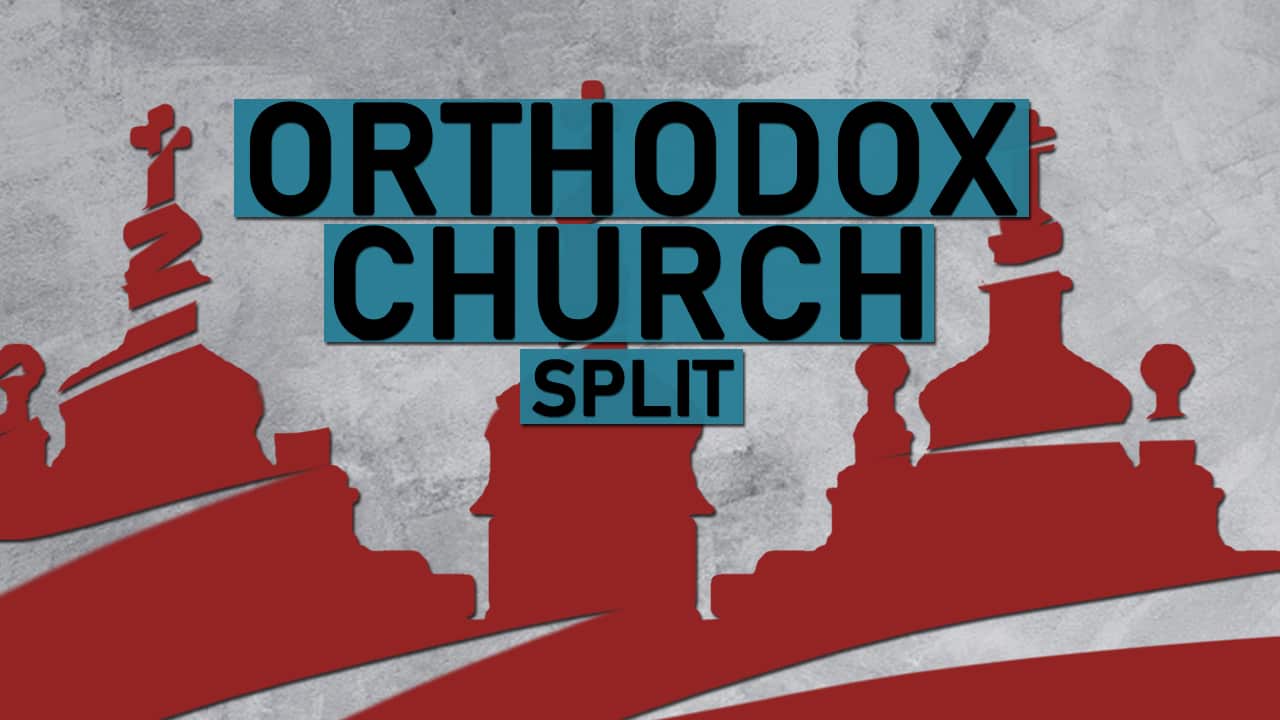 Limited armed conflicts accompanied by unlimited propaganda, closed geopolitical confrontation territories, zones of controlled chaos and of social experiments—all of that has become objective reality which everyone can observe as soon as one decides to exit the news about the scandalous cut of shorts worn by some Hollywood diva or about which white activist used the n-word back during school years. But in order to make that decision, one needs to have a motivation or an ideology, in other words, faith and certain ideals. This is why today the battle of ideas and values or, more accurately, the desire to destroy individuals’ and social groups’ attachment to ideas and values which do not fit into consumerist neoliberalism is one of the most intense battlefronts. This battle is more complex and more intense than the struggle over energy resources, and the benefits of winning it will outweigh any economic effect of capturing territory. Quite possibly the most hypocritical example of this trend can be observed in Eastern Europe, specifically on the territories of former Warsaw Pact countries where, right now, Ukraine is the main platform for experiments in cultural and social engineering. Since the early 1990s, Ukraine found itself in the midst of a series of political and economic crises, planned and directed from outside. Mainly by those who prevailed through the Cold War, namely the “collective West”, and, more rarely, by those who are commonly referred to as “Moscow”. Ukraine, as a result of the 1990s-era collapse, the destruction of industry, the relatively peaceful 2004 coup, the 2013 one in Kiev which turned bloody in 2014, the subsequent events in Crimea and the Donbass conflict had a predictable and expected outcome— the social and economic degradation of the nation. Every time the country’s economy demonstrated potential for stable growth and its actual independence strengthened, foreign actors inflicted more blows.

The most recent example and the most effective destructive effect in Ukraine’s history was achieved by the Poroshenko regime which came to power on the bayonets of radical nationalists with direct and open Western support. The Poroshenko years were marked by continual fanning of social hysteria. The themes were standard for nationalist regimes: national exceptionalism and an external enemy. The real tasks of Poroshenko’s puppet regime consisted of preventing individuals and society as a whole from exiting the realm of distorted effective perception of reality and, at the same time, to inflict maximum possible damage to ideas and values common to the majority of Ukrainians. The ultimate aim was extracting maximum profits through barbaric exploitation of the territory and the ultra-cheap human resources controlled mainly through fear. One should admit he enjoyed considerable success, that is to say, he did his part within the socio-psychological experiment called “Ukraine”. Obviously that led him to drop to 0% popularity and made him eligible for the role of scapegoat.

Poroshenko was relieved by a seemingly direct opposite, the comedian Vladimir Zelensky, with new old rhetoric. He inherits a bankrupted, corrupt economy, ongoing conflict on the Donbass, and a society divided along political, ethnic, and even religious lines. The religious question is worthy of separate attention, since it is traditionally important to Ukrainian society. Poroshenko’s puppet-masters believed that religion should be used as one of the main targets in the process of reformatting the nation’s sense of identity. Since nationalist hysteria proved insufficient in achieving the needed effect, the Ukrainian Orthodox Church became the ideal target. As the largest and most authoritative spiritual entity and as an organization, it could be easily tied to the “external enemy”—Russia.

The roots of the schism date back to the late 1980s, when the collapse of the USSR led towards tendencies of parochialism among the clerics and faithful of the Ukrainian Exarchy of the Russian Orthodox Church, and their alienation from the Moscow Patriarchy. The main cause was banal—the control over Church finances. This trend was promoted by Metropolite Filaret.

The Moscow Patriarchate sought to avoid the crisis by giving the Ukrainian and Belorussian exarchies extraordinary rights of self-governance, and also the right to call themselves the Ukrainian and Belorussian Orthodox Churches but that proved ineffective. So, the situation worsened in the ‘90s due to the escalating struggle for power within the Ukrainian Orthodox Church where Filaret’s faction, then-its leader, began to exploit the question of faith, autonomy, and further separation from the Moscow Patriarchy as a tool of political struggle.

The Moscow Patriarchate’s efforts to resolve, or at least dampen, the religious-political crisis in Ukraine by allowing the Ukrainian Orthodox Church greater autonomy was considered as a sign of weakness by the local schismatics and the leadership of newly independent Ukraine. As a result, 1992 saw the launch of a campaign to create an independent, parochial Orthodox church outside Moscow’s jurisdiction. Filaret’s faction, with government support, used autonomy to strengthen its own power and influence over the clergy and the faithful who were not in agreement with the new course.

During later years Kiev periodically interfered in Church affairs and supported the Filaret faction, particularly during political crises, in order to exert control over Church activities and property in the country. The government and nationalist ideologues justified their actions by asserting that “an independent state needs an independent church” while speculating about combating “Moscow’s influence” thus acknowledging Kiev Patriarchate was a tool of political struggle. Its leaders turned into an assembly of political activists focusing on the realm of religion.

The struggle against the canonical Orthodox church to create some unified Ukrainian “independent church” on the basis of non-canonical organizations intensified after 2014. Kiev’s Western sponsors “convinced” the Constantinople Patriarchy to take unprecedented steps in support of further schism.

In October 2018, the Holy Synod of the Constantinople Patriarchy announced the cancellation of its decision to subordinate the Kiev Metropoly to the Moscow Patriarchy, raised the rank of leaders of non-canonical Orthodox churches such as the Kiev Patriarchate and the Ukrainian Autocephalic Orthodox Church, and restored their relationship with the Church.

In accordance with its statute, the Orthodox Church of Ukraine is headed by a cleric with the title of “Metropolite of Kiev and all Ukraine”. This position was occupied by Metropolite Epifaniy (Dumenko). and Filaret became an honorable patriarch. On January 5, 2019, the Constantinople Varfolomey signed the tomos on OCU autocephaly. The tomos was transferred on January 6. The religious entity leadership and Poroshenko’s government declared victory, referring to the receipt of the tomos as an historic step for Ukraine. Supporters of the new non-canonical church, with Kiev’s acquiescence and support, began to seize Moscow Patriarchate churches in central and western Ukraine.

Nevertheless, not a single canonic autocephalic church, apart from the one in Constantinople, recognized the newly created Ukrainian church. The Moscow Patriarchate broke relations with Constantinople on October 15, 2018 due to its activities in Ukraine. The “powerful Moscow” took no steps to defend the interests of the Moscow Patriarchate in Ukraine, even though Kiev explicitly claimed its struggle against canonical orthodoxy was motivated by limiting Moscow’s influence.

In spite of all that, the non-canonic Orthodox Church of Ukraine found itself on the brink of collapse almost immediately after its creation and receipt of the tomos. This was due to the inter-factional struggle for power and resources. It was made worse by the defeat of Poroshenko, the most vocal supporter and interested party in the creation of this church, in the presidential election of April 2019.

As early as May and June 2019, the conflict escalated to such an extent that Filaret announced he is the “acting hierarch”, and that the Kiev Patriarchate is still a legal entity. Filaret blamed Poroshenko and Epifaniy for violating agreements. According to Filaret, Epifaniy was to become a figurehead while Filaret would de-facto, control the new church.

On June 11, Filaret announced that neither he nor the Kiev Patriarchate recognize the tomos granted by Constantinople, because, in actuality, it made the OCU dependent upon the Constantinople Patriarchy, making it autocephalic only in theory. On June 20, the Kiev Patriarchate conducted its own conclave where it officially canceled its decision to disband -which was necessary for the unification conclave and receipt of the autocephaly tomos. The Kiev Patriarchate will continue to be led by Patriarch Filaret, elected by the conclave “for life”. The conclave document emphasizes that the Kiev Patriarchate will continue to be the owner of all funds and property which were acquired earlier. This is the official confirmation that entities involved in the creation of the ‘independent church of Ukraine’ were first and foremost interested in achieving certain parochial, financial and political interests, rather than in matters of faith. When it comes to the great game, once that tactical task is resolved, local sandboxes are of no interest to global actors.

The newly-created Orthodox Church of Ukraine thus officially entered a schism, and its remains as well as the tomos are in danger of disappearing only 6 months after establishment.

In spite of the public failure of the effort to create an “independent” Ukrainian orthodox church, interested actors did strike a major blow against the authority of Orthodoxy in Ukraine and around the world. The conflict and struggle for power among non-canonical organizations benefits those who are interested in destroying traditional religious systems which remain one of the bastions of resistance against the advancing consumerist neoliberal world order. In spite of the Orthodox Church of Ukraine’s collapse, it’s difficult to expect any positive changes in Ukraine in the near future.

The current conflict among non-canonical entities, supported by Kiev and external actors, will continue, leading to further fragmentation and schism of the faith in Ukraine. Constantinople’s decision to support events in Ukraine facilitated the rise in tensions and its alienation from other churches. Given the negative trends in the Balkans, one can expect that, in the near future, canonical Orthodoxy will have to deal with Ukraine-like scenarios in other countries of eastern and south-eastern Europe.