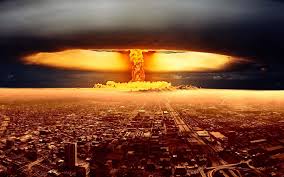 By Ian Greenhalgh with Introduction by Gordon Duff

Iran has made it clear, Trump isn’t in charge and doesn’t really care who knows it.  His hollow threats, always ready to nuke somebody or save us all from madman Bolton…this is why I wrote the article for the Russian audience titled “Lesser men.”

Never before has the door to the creepy underworld of the Deep State opened to such a degree, for those who know what to look for, as it has under Trump.

Israel had JFK killed because he wouldn’t let them have nuclear weapons. The Permindex corporation was the organization that carried it out and Permindex was the front for Mossad operations in North America. Key Mossad figures like Tibor Rosenbaum, Louis M Bloomfield, and Roy Cohn were involved in Permindex, the Canadian Bronfman family helped fund it, they used both CIA and Jewish mafia assets (Meyer Lansky was always happy to help Israel).

Cohn was Trump’s mentor, he created Donald Trump, which means from day one, Trump was under Israeli control as Cohn ran a huge pedophile ring in Washington/New York that ensnared politicians and officials in order to gather compromising material on them and thus allow Mossad to control them.

Trump will have been compromised and controlled from the start; today, the pedo rings to control politicians still run, Jeffrey Epstein ran it, his assistant/handler was Ghislaine Maxwell, daughter of the notorious Mossad agent Robert Maxwell, one of the key locations they used to fly the bigwigs to was Trump’s Mar-a-Lago resort.

So does anyone really doubt that Trump isn’t controlled by Israel? The Russian ties exist, since 1991, but it is with the Russian Jewish mafia – The Trump Organization laundered a lot of the huge sums of money the Russian Jewish mafia oligarchs stole in the 90s, something that was natural for Trump to do as he had spent his business career up to that point laundering money for the Jewish mafia in the US, that is why all his projects in Las Vegas, Atlantic City, etc. failed, supposedly losing hundreds of millions – they were intended to fail, they were just scams to launder mafia money.

The Israelis have hundreds of nukes, many of them made in the USA, some made in the USSR. We know from Mordecai Vanunu that the Dimona reactor had to be shut down around 1985 because they had worn it out through overuse. So they needed a new source of bomb-building materials and leveraged their compromising material on George Bush Sr. to enact the theft of 350 warheads from the Pantex decommissioning plant in Texas, these were mini-nukes and some of them were used to create the nukes used on 9-11.

There was also theft from the stockpiles in the USSR, particularly after the USSR broke up, the Russian Jewish mafia was involved, they have largely taken over Israel since 1995.

Nuclear non-proliferation has always been a joke, Ben Gurion was always adamant that Israel had to have nukes to survive, JFK had to die to achieve this, Israeli control of the US government, largely through pedophile rings, enabled Israeli to obtain all the nukes it needed, Israel is a criminal enterprise posing as a nation-state, a mafia with nukes.