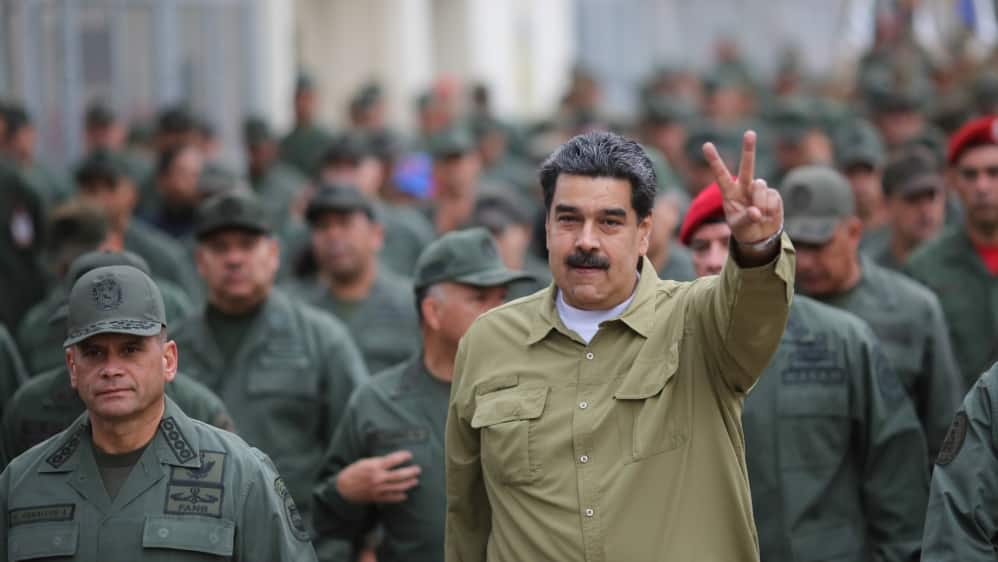 Maduro spokesman Jorge Rodríguez has recently said that the Venezuelan government has thwarted a plot to assassinate President Nicolas Maduro. According to the Associated Press, Rodriguez declared that “the plotters wanted to edge opposition leader Juan Guaidó from Venezuela’s political landscape.”

The opposition group, of course, denied the plot. The Washington Post declared that “The government has claimed various plots over the years, generally offering little or no evidence to back its charges.”[1]

But the London Telegraph reported that “new details of the plot to oust” Maduro included “code names, secret meetings and a back channel to the Americans. Gen. Manuel Ricardo Cristopher Figuera, who fled the country after the plot collapsed in May, laid bare the full scale of the plan during an interview with The Washington Post.”[2]

This is certainly not farfetched, largely because the opposition group has forged false flag operations before. In fact, the opposition group, as we have shown in the past, has worked with politicians in Washington in order to overthrow Maduro. But this should not be new to any astute observer because interfering in other countries is something that is engrained in the United States’ DNA. Even the Times admits that there is a “long and bloody history of American imperialism in Latin America… Washington certainly has a history of interfering in Latin America’s governments.”[3] The Times continues to say:

“In the 1960s, State Department officials and CIA agents were intimately involved in training and assisting Guatemalan security forces, who killed thousands of civilians during a civil war with leftist rebels against the right-wing government. In the 1970s in Chile, the CIA attempted to thwart Allende’s ascent and later lent support to the General Augusto Pinochet, the right-wing military dictator who overthrew him.

“Pinochet’s regime murdered 3,065 of its citizens and committed human rights abuses against almost 40,000. In the 1980s in Nicaragua, the U.S. backed the right-wing Contra rebels to take on the socialist Sandinista government, leading to a decade of violent struggle.

“In Venezuela itself, the U.S. gave its tacit approval of a coup attempt against Maduro’s predecessor Hugo Chavez in 2002. Declassified CIA intelligence briefings show that the George W. Bush Administration had prior knowledge of the opposition’s plans and did not share their information with Chavez. He was deposed for less than 48 hours until overwhelming popular support and loyalists in the military helped return him to power.”[4]

The current US involvement in Venezuela, as we have argued elsewhere, is far from helping civilians. If it that were the case, then why would the United States even attempt to place sanctions on the entire country and then blame the government for the crisis? Does that make any sense at all? And why would numerous groups in Latin America support Maduro? As it was reported a few months ago:

“Several groups of artists, journalists, intellectuals and social groups from around Latin America have shown their support for Venezuela, its Bolivarian Government, and have rejected any interventionist acts perpetrated by the United States.

“In Argentina, the group of intellectuals Carta Abierta met in Buenos Aires to state their support to the President of Venezuela Nicolas Maduro, in the face of the U.S. attacks that have promoted a coup in the country through right-wing opposition groups.

“Through a statement entitled ‘Our Support for the Government of Nicolas Maduro’, the members of the group assured that the attacks suffered by Venezuela are part of the ‘most brutal exercise of a new act of imperial domination, of decrepit imperial domination.’

“In this sense, the Argentine group of intellectuals assured that the conflict in Venezuela stems not only from U.S. interests for oil and wealth of the South American country, but also there a clear intention to subjugate Latin America to their control after political processes that have promoted Marti-inspired ‘Sandino, Peron, Fidel, Lula, Chavez, Kirchner, Evo Morales.’”

Groups in Paraguay and Ecuador supported Maduro for similar reasons. So it is foolish for anyone to even remotely say that the attempt to overthrow the Venezuelan government is based on the love for the civilian population. Russia, in that sense, had every good reason to warn the United States not to intervene in Venezuela.  They have witnessed US debacles in countries like Iraq, Iran, Afghanistan, Libya, and Syria. It was time for them to say enough is enough.