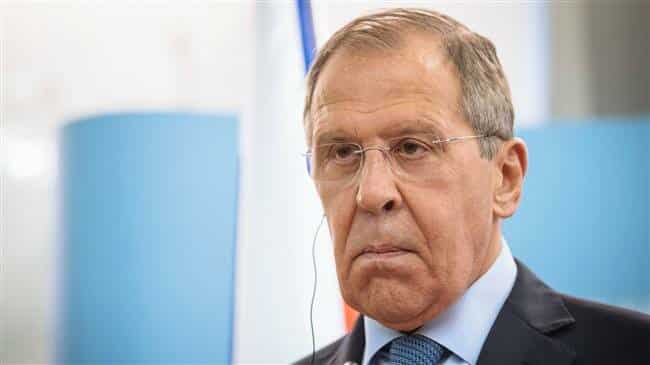 [ Editor’s Note: This was a nice gesture, but by a minor Russian diplomat that no one in Washington will pay attention to. After all, what can these “standing by Iran” countries do to pressure the US?

But Lavrov’s stating that Russia would like to get the US and Iran talking has more gravitas, but even he states that sanctions and talks are incompatible. Would Trump lay off the sanctions to get talks started? I doubt it.

Remember the US once took credit for the success of the JCPOA stating that sanctions brought Iran to the table, proving that they work. But then we have Trump reneging on the deal, which has cast a dark shadow on any future deals the US signs, especially with Iran.

What is next? Will Trump borrow a page from the Israeli play book and throw out one day, “We do not have a partner for peace with Iran”. I can easily see Trump doing that, by tweet of course.

While the Iran game goes in circles we need to look around for other moves the US might be making that the Iran controversy, and others, are just distractions to cover something else. Color me suspicious about Trump’s road to nowhere talks offer… Jim W. Dean ]

A senior Russian diplomat says Iran will not be alone if the United States takes an “absolutely crazy” act against the Islamic Republic amid rising tensions between Tehran and Washington.

“Iran will never be alone if, God forbid, the US ever takes absolutely crazy and irresponsible actions against it,” Russian presidential envoy to Afghanistan Zamir Kabulov told reporters in Moscow on Wednesday, Bloomberg reported.

“Not only Russia, but many countries sympathize with Iran,” he added.

Kabulov said there is a possibility of an armed confrontation between Tehran and Washington, but added that the conflict can still be ironed out using diplomacy.

“I really want to believe that there will be no war. When we say ‘war,’ we sometimes mean short-term conflicts, unfortunately, and this cannot be ruled out, because tensions are running high,” the diplomat explained. “But this does not mean that it is inevitable, it is still possible to return to a conventional political process, and Russia is doing its best to make this happen.”

Russia to ask Iran, US to begin dialogue

Separately on Wednesday, Russian Foreign Minister Sergei Lavrov said that Moscow will try to persuade the US and Iran to start dialogue, but reminded Washington that talks and sanctions could not go together.

“This, of course, assumes the end to the policy of ultimatums, sanctions and blackmail,” Lavrov told a briefing.

Russia has slammed US efforts to raise pressure on Iran, reiterating Moscow will stand by Tehran in the face of Washington’s threats and sanctions.

Tensions have spiked in the Persian Gulf since May, when the administration of US President Donald Trump reinstated the sanctions against Iran that had been lifted under a 2015 multilateral nuclear deal with Iran a year after the US unilaterally walked away from the agreement, officially known as the Joint Comprehensive Plan of Action (JCPOA).

Since then, a spate of suspicious attacks on oil tankers near the strategic Strait of Hormuz and the recent downing of a US spy drone that had intruded into Iran’s southern skies have convulsed the region and fomented tensions.

The US has blamed tanker attacks on Iran, which denies involvement.

Washington also claims that the US RQ-4A Global Hawk unmanned surveillance drone shot down by the Islamic Revolution Guards Corps (IRGC) was flying over international waters and had not violated the Iranian airspace.

However, the GPS coordinates released by Iran put the drone eight miles off the country’s coast, inside the 12 nautical miles from the shore, which is Iran’s territorial waters.

PressTV-Zarif reveals coordinates of US spy drone in Iran airspace

The detailed map shows the doomed US spy drone was hit within Iran’s territorial waters.

Russian President Vladimir Putin’s top security aide said on Tuesday that Moscow has military intelligence indicating that the US spy drone was in fact intruding into Iranian airspace, despite Washington’s claims to the contrary.

“I have information from the Defense Ministry of the Russian Federation that this drone was in Iranian airspace,” Head of Russia’s Security Council Nikolai Patrushev said at a briefing for journalists in Jerusalem al-Quds.

A few days after Iran’s downing of the drone, the White House introduced new sanctions that targeted Ayatollah Khamenei and senior commanders of Navy, Aerospace, and Ground Forces of the IRGC.

Washington is also set to slap bans on Iranian Foreign Minister Mohammad Javad Zarif, who is seen as the architect of the JCPOA.

This comes as Putin and Trump will have an hour-long meeting on the sidelines of a G20 summit on June 28 in Osaka in Japan to discuss different issues, including Tehran-Washington tensions, a Kremlin aide said on Wednesday.

Speaking on June 20 during a televised call-in show, Putin had said any potential US military action against Iran would be a “catastrophe for the region as a minimum.”

He added that it would trigger an escalation of hostilities with unpredictable results.