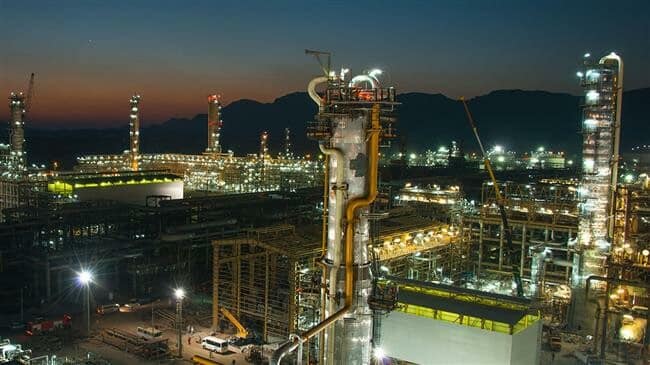 [ Editor’s Note: It was not many years ago when Iran was actually IMPORTING gasoline and diesel for its domestic market due to a shortage of refining capacity. The story below is another classic of how sanctions can have a silver lining, forcing countries to maximize full process manufacturing and production.

It is possible that Iran is now exporting to Iraq to replace the sting of lost EU exports. From a military point of view, being dependent on imports to move an army is a precarious situation.

But so is having a growing refining capacity without the ability to defend it from air attacks in a full blown shooting war, where petroleum production facilities are always high value targets. And now cyber attacks on such facilities would be expected.

History will show that Iran realized it had to have both at the same time. How did it do this? Simple, it has first class engineers produced in good numbers from its top class educational institutions.

What many in the West miss when dissing Iran due to sucking up the propaganda is that Iran is a “real country” with a great depth of talented and well-educated people.

In the past, people laughed at that concept; but now that truth is laid bare before them on how Iran was able to survive the sanctions up to this point… Jim W. Dean ]

Iranian authorities say sanctions on the country’s oil industry has caused a boom in the refining sector as the capacity for turning crude into others products has increased by nearly 40 percent in the past two years.

A deputy to Iran’s oil minister said on Monday that the total operating capacity of Iran’s refineries had increased from 1,550,000 to 2,150,000 barrels per day (bpd) in the two-year period ending in May 2019.

Alireza Sadeq Abadi said that plans were in place to further expand the refining sector and bring the total capacity of the refineries across the country to 2,400,000 bpd at the end of the current Iranian calendar year which in March.

The official said the increase in refining capacity was in line with the Oil Ministry’s strategies to cope with the impacts of sanctions imposed by the United Sates on Iran’s oil industry.

“With the implementation of our programs, some 850,000 barrels of oil and natural-gas condensates which could fail to reach the international markets due to America’s unilateral sanctions have been refined inside the country and turned into products with higher added value,” said Sadeq Abadi.

The official, who serves as managing director of National Iranian Oil Refining and Distribution Company (NIORDC), said Iran was pursuing a policy of maximizing the input given to the country’s refineries.