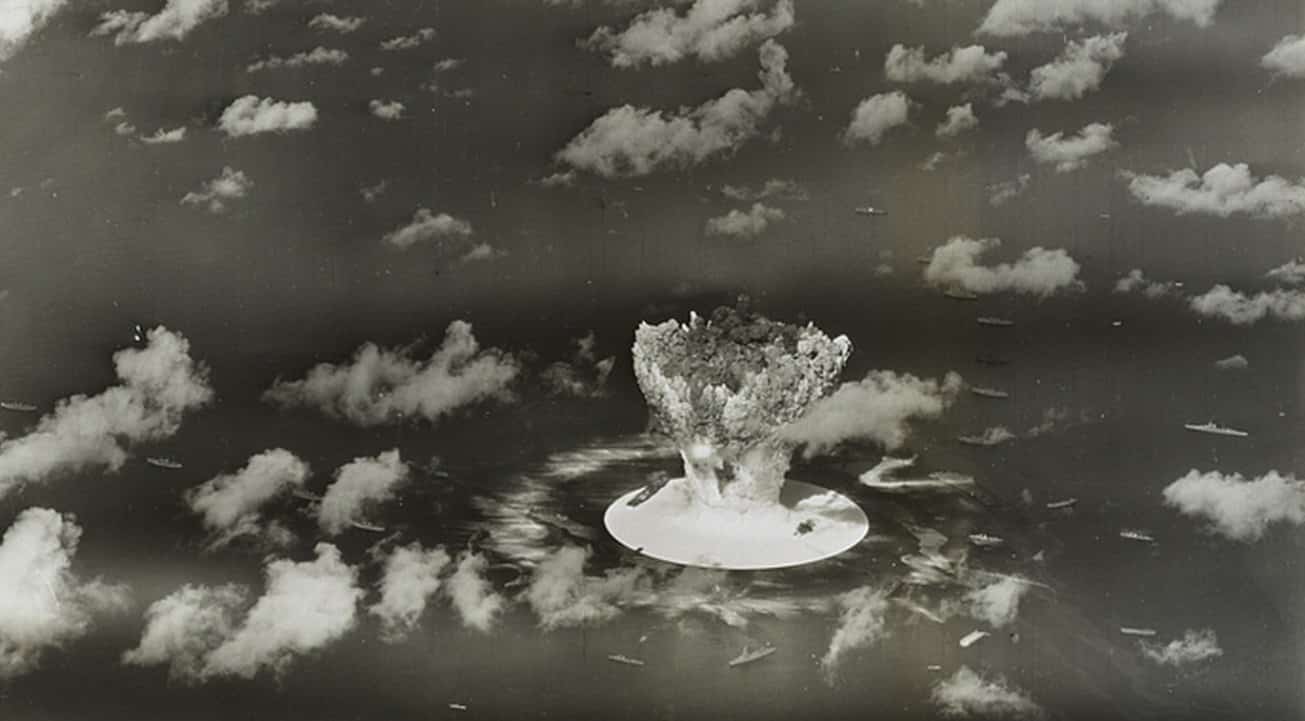 Russia Today: Blatantly threatening to launch a nuclear war against another country is not only illegal under international law, Iranian FM explained, but proves that President Trump does not think through the ramifications of his rhetoric.

“There is a United Nations charter, and threat of wars is illegal,” Javad Zarif told CNN paraphrasing Article 2.4 of the UN Charter, a day after President Trump spoke menacingly about “obliterating” Iran if the Islamic Republic endangers “anything American.”

That statement indicates that US intentions are certainly illegal. The United States is not in a position to obliterate Iran, they do not have the capability other than using prohibited weapons to do this.

Zarif did not elaborate on what exactly he meant by prohibited weapons, but he recently pointed out that the US was the only country that ever used nukes, and noted that Iran is ready to defend itself against US aggression in any scenario.

ALSO ON RT.COM‘How many has US killed?’ Zarif slams Washington hypocrisy, says Iran will never produce nukesThe two nations stood on the brink of war last week after Iran shot down an American spy drone over its territorial waters. The US wanted to retaliate by launching air strikes against Iran, but the mission was aborted the last minute by Trump, allegedly after he was told that as many as 150 people could die.

While both countries stress that they aim to avert an all-out war, Iran continues to view American rhetoric, military and economic actions against Iran as “confrontational” and “provocative.”

ALSO ON RT.COMTrump threatens Iran with ‘OBLITERATION’ by ‘overwhelming force’ if it attacks ‘anything American’Reminding the American commander-in-chief “that we don’t live in the 18th century,” Zarif suggested Trump to hire new advisers, people who can fully understand the Iranian position and who can offer viable solutions to the crisis. Trump receives “wrong information, wrong analysis, and now President Trump finds himself in a situation where he believes that he needs to get out,” Zarif said.

Earlier, Supreme Leader Ali Khamenei made clear that Tehran will not negotiate with Washington until it drops its “maximum pressure” campaign and a list of demands the US wants Iran to fulfill to steer out of the crisis, which Donald Trump started when he unilaterally withdrew from the Joint Comprehensive Plan of Action (JCPOA), commonly known as the Iran nuclear deal, last May.

President Trump will be unable to launch a war against Iran if European allies continue to oppose the move, Franco Frattini told RT. Нowever, Europe’s influence is waning due to internal divisions, the Italian diplomat added.

A united European Union could serve as a bulwark against US attempts to seek regime change in Iran, believes Frattini, a former Italian foreign minister, now the president of the Italian Society for International Organizations.
“I think America cannot do it [while] having [a stance] against the whole of European Union and, I would add, NATO would be strongly against [it, as well],” he told RT’s Eunan O’Neill on Wednesday.

Frattini has direct experience as a member of an EU government during the time of another US-led foreign military intervention – against Iraq. In 2003, when a US coalition invaded that country, he was serving his first term as a foreign minister in the government of Silvio Berlusconi.

Berlusconi supported the invasion at the time. His support put him at odds with fellow EU members and NATO allies such as France and Germany who called for diplomacy instead of military intervention. The UK government of then-Prime Minister Tony Blair, however, gave Washington unconditional support, lending partial European endorsement to Bush’s so-called “coalition of the willing.”

Frattini conceded that the European Union is currently not ideally placed to resist US saber-rattling in the Middle East. “Europe has been losing its important political leverage … this outgoing European commission is very weak. Member states are divided while addressing the issue of Iran,” he said.

ALSO ON RT.COMIraq won’t let US strike Iran from its territoryBut nonetheless, he made it clear that the US is significantly constrained by European reluctance to unconditionally support Washington’s foreign policy.

“The United States needs Europe because Europe has a long-standing tradition of political presence in the broader Middle East … the presence of the European Union and European member states have been seen always in a better way than America – exporting democracy, invading Iraq and so on and so forth,” he said.

“In more general terms, the European tradition of soft power, helping the United States, is being downgraded,” he added.

He concluded that another attempt to attack Iran would ultimately end with Trump backing down, as he did last week when scheduled air strikes were canceled just 10 minutes before their planned launch. “The president of the United States, in the end, will do what he did days ago when he stopped, minutes away, [and decided] against the strike in Iran,” he said.