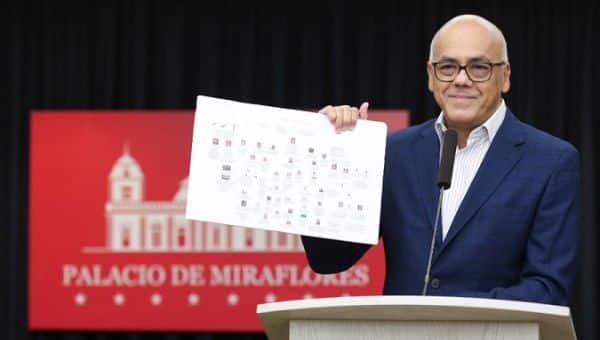 Venezuelan Minister of Communication, Tourism and Culture Jorge Rodríguez revealed Wednesday videos and evidence providing more details about the April 30 failed attempted coup, including division within the opposition forces that was a factor in the plan’s failure, while also the involvement of several foreign governments in the financing of the coup and its operatives.

“What Guaido doesn’t know, is that we had people in all the meetings where they planned hits on members of the government; we have all the recordings, videos and information necessary to face down a coup,” Rodriguez told reporters.

Among the governments involved in the financing of the cup, according to Rodriguez’s statements, Chilean President Sebastian Piñera, the Colombian President Ivan Duque as well as the government of the United States in Washington.

In one of the videos revealed by the minister, one senior figure within the coup, known as ‘Marina’ “I told them, the support of the gringos and an intervention is necessary.”

In another video, a soldier who was part of the April 30 coup attempt in Venezuela revealed the involvement of two foreigners in the operation, one from Panama, one from Israel.

Rodriguez went on to reveal that during the most recent coup attempt, there were also plans for a coup within the opposition leadership against Juan Guaido, who had illegally declared himself an “interim president” of Venezuela in January.

Evidence collected by the Venezuela government and intelligence also showed that Guaido had paid another opposition figure to ensure that former general Baduel not be released, as Baduel was head of a rival opposition faction.

As evidence of these accusations, the vice president presented the same statements made by Piñera, Duque and U.S. National Security Advisor, John Bolton, in which they assure that Maduro’s government has little time left.